I think it’d be cool if there was a toggle-able camera mode that gave you a more cinematic camera automatically.

What I mean is narrow FOV’s, automatic rotating/panning, having the camera look towards the target while keeping your own ship in frame, etc.

It would be somewhat flexible in that you can still manually rotate and stuff without having to switch modes entirely. It would smoothly snap back into action mode shortly after player input ceases.

The toggle would be another little button to the left of your HP, under first person camera button.

It might not be great for PVP but would allow you to play less intensive things like ratting or missions in a more fun way by enjoying the visuals of the action better without affecting your ability to manage combat.

It would switch to a more peaceful and ambient, zoomed out mode while not actively in combat, but still provide some automatic panning and rotation. Perhaps maybe even zooming in on random large collideable structures to admire them. 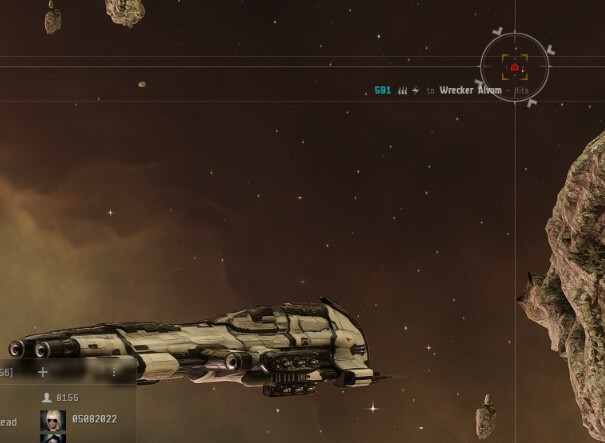 Here’s an example angle of the camera zoomed in onto the enemy (narrow FOV) while keeping your ship and weapon effects in frame.

You can already do this…

shift c is just auto tracking. its not any of the other things i mentioned. It doesnt even zoom in like when you hold right click + mousewheel. It does not dynamically position the camera, rotate it, pan it, etc. I also mentioned it observing LCOs as you fly by them. Shift C wouldnt do this unless you clicked them.

I love this idea! Commenting to gain attention

Unfortunately I highly doubt CCP could even code something vaguely similar to that without implementing a ton of bugs or worse, Boot.ini…