The results are in!

It’s been 13 days of frantic racing with capsuleers striving to improve their times on the leaderboards across the 3 routes of the Federation Grand Prix. Competitors have had to fine tune their ships and their tactics in order to pull off some epic runs!

Comparing the first times posted back on the 13th to the final times it’s pretty remarkable to see the improvement:

Without further ado it’s time to announce the winners!

Congratulations to the capsuleers who achieved the highest final scores in the Federation Grand Prix Time Trials!

Since Romon Inaken and Y Ashanti were tied on 14 points they will both receive the 9th place prize and Stephane Turcotte who finished 11th will be receiving the 10th place prize.

I will contract the SKIN prizes in to winners in Jita 4-4 today and I will be sending a DM to each of you here on the forum to confirm which account you would like your Omega time added to, so keep an eye on your inboxes.

which will be awarded to all capsuleers who completed an Extra Lap route during the Federation Grand Prix period.

to each of the racers as a memento of their experience in the YC123 Time Trials:

Both of these additional rewards will be arriving in the next few days.

The process of determining the winner of the Doing it Wrong bonus prize category will now commence and I will update you all on that soon - I just wanted to get this news to you first!

You can download a spreadsheet with the final top 100 for each route here.

Scoring example: At conclusion of the contest period a capsuleer is in 1st Place on the Southern route (25 points), 3rd Place on the Eastern route (18 points) and 8th Place on the Northern route (6 points) they will receive a Final Score of 49 points. There is a system for tie breaks.

Even if you don’t make the final Top 10, all capsuleers who finish on the leaderboard for any routes will have their names immortalised on a monument which will be added to the Luminaire system for this and future Federation Grand Prix events.

Do you think you can pull off one of the Grand Prix routes in an Orca? How about a shield tanked nano Kronos with Festival Lanchers?

While we expect the leaderboards to be dominated by super fast and agile ships as befits a Grand Prix we would like to invite brave (or crazy) capsuleers to attempt to complete any of these routes in an “unorthodox” ship. Come up with something creative, bizarre and/or funny and upload a video of your attempt (successful or otherwise)! We will put it to a vote by the community and if your video is chosen as the people’s favourite you will receive 12 months of Omega as well as a Federal Police Nyx SKIN!

Prizes will be awarded in a timely fashion!

I’m in Luminaire for the first challenge. Once we get here, what do we do? It’s not really apparent.

There is Grand Prix Start beacon in space

I’m in Luminaire for the first challenge. Once we get here, what do we do? It’s not really apparent.

When you first warp to the “Federation Grand Prix” starting line landmark site in Luminaire, the challenge in the info panel on the left side of the screen will change into a button that says “Claim Reward”. If you click that button, you’ll receive the points towards the season reward and the next destination will be presented to you. Clicking on the challenge in that info panel opens up the section of the agency with more details and a system name that you can right-click to set destination directly if you wish.

So, this Gallente Grand Prix Interceptor Expert System gives you Racial Frigs V and Interceptors IV but doesn’t give you Evasive Maneuvering V.
So you can’t even fly an Interceptor unless you already have already trained Evasive V.

Doesn’t anybody double check anything, think anything through or perform even basic Quality Assurance? 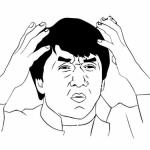 Thanks for your concern and for the polite way you communicated it.

So, this Gallente Grand Prix Interceptor Expert System gives you Racial Frigs V and Interceptors IV but doesn’t give you Evasive Maneuvering V.
So you can’t even fly an Interceptor unless you already have already trained Evasive V.

If you have Interceptors IV you can fly an Interceptor, simple as that. You’re thinking in old logic when you had to actually train skills to fly things, silly you.

Expert systems are not trained, it is a way to scam new guys out of their money, giving abilities that perish after some time…

Conversely, it could be viewed as a means to enter an open Event, where there is no pay to play “Event Ticket”. Something which you might find quite often elsewhere.

I’ve not yet looked at the details of the race but, are the Exploration ships not quicker than Interceptors anyway?

I wonder how well the Deacon performs? (If there are a lot of MwD burns to do)

Anyone remember the 65,000 m/s Nano Silver Magnate of yesteryear?

you can set desto to each systeem along route from agency. it is time heeavy but not terrible

In an interesting twist, I simply undocked from Jita and instantly received 5000 Skill Points and ‘challenge completed’ thanks to the nearby Landmark.

So already there are gate campers blowing people to h*** and back stealing ships… and its a closed loop system in Low sec so you cant get around them… thanks for setting this up.

atta boy, taking after my own heart there

well very confusing died to investable gate camp sure it was fun for them to kill a diplo shuttle with smart bombs will avoid future events. sometime Eve is so miserable

no instructions on how to get to the way points at all (you have to stumble around and figure it out or ask awkward questions to people.)

closed loop low sec systems… great a campers freaking wet dream! and its right at the beginning of the event so screw people over right away I have real issues with being set up to purposely loose ships to campers during events.

While I agree that there should be more instruction, part of EVE’s staying power has been for years that it doesn’t really hold your hand.

closed loop low sec systems… great a campers freaking wet dream! and its right at the beginning of the event so screw people over right away I have real issues with being set up to purposely loose ships to campers during events.

this part is the more annoying bit, and where I agree in full this should not have been part of the route. Though you can avoid a lot with experience even in a dead end set, many peeople that see th eevent probably don’t have those skills honed yet