It’d be nice if the first-person camera looked a bit more like an actual cockpit.

For what purpose? EVE isn’t a flight simulator or a first person shooter. You’re not even in a cockpit, you’re in a pod…

That’s in a cockpit. How is this not relevant and on point with the OP?

Some argue JUST for the sake of arguing. 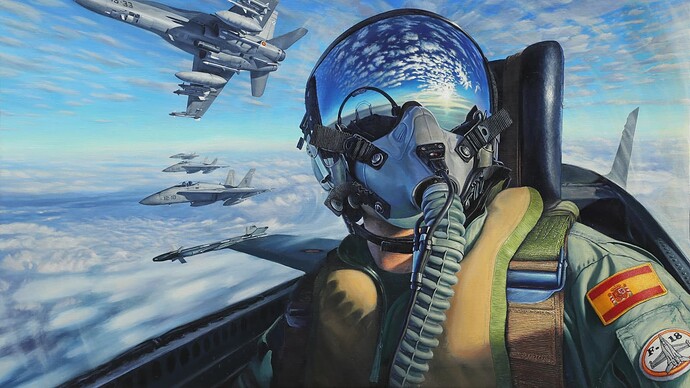 The cockpit or bridge that you see on ship models is just for appearance. There is no flight stick, no seat, no manual controls. You’re sealed in a pod. Drones have no need for a cockpit either, but there is a visual representation of it on the model…

Elite’s cockpit is awesome.
Because clone is in pod it can’t see outside the pod, only through camera drone can it see anything. It’s convenient, takes less work, not absolutely needed… Yet there’s time and resources for a useless docking thingy with weird sounds. Go figure.

If CCP wanted, they could just change the lore to have us sitting in front of a window.

That works for games like Elite or NMS. You aren’t going to be doing any barrel rolls, backflips, or strafing in EVE. EVE will never be Elite, NMS, or Star Citizen, no matter how much some players want it to be…

There is no flight stick, no seat, no manual controls.

How do we control our ship? Literally, the clone inside of the pod, how do they control it?

with their brain moron,

Capsuleers are in the fetal position mostly when in a pod, hooked in like humans in teh matrix movie…

Neural interface. You’re in a pod full of goo…

You’re in a pod full of goo…

Where all posts go to die…

If CCP wanted, they could just change the lore to have us sitting in front of a window.

The lore is great. It’s pure sci-fi. It’s shouldn’t be changed it’s should be expanded upon. I hope they take the Jovians and actually do something in the game with them. Make them an additional faction that players can interact with.
Back on topic, just need an extra little window for a back-facing drone cam.

now the drifters on the other hand

Hmm, then if I’m in a pod in the fetal position or something, it does make sense to show the camera drones’ view instead.

OH that makes sense! Maybe the view I’m seeing is from camera drones, relayed directly to my visual cortex through the neural interface. And, the “first person view” is likely the integration of all the information from camera drones and ship sensors.

Sorry, but this isn’t pointless. It’s speculation about a part of the game lore that I haven’t seen explained very well before.

for your own health, I strongly advise you to change your game…