Here I was, minding my own business floating in space with nothing really to do but admire the beauty of wormhole space, when I decided to take a stroll through some ancient GalNet fora.

I remembered something about a common structure found in higher class J-space known as the Oruze Osobnyk, and turns out ever since it was discovered people where wondering what it was and what the name means, which is not quite sleeper-sounding. From what I gathered people back then already figured out it was probably a something-sun/solar-something. I also remember when trigs came along some people thought that Oruze Osobnyk seems a lot more like trigspeak… interesting. Maybe we were looking at a precursor to trigs’ stellar transmuter technology all along?

What really piqued my interest was somewhere in there too though. Someone mentioned how the J-code designations range from about 00.00.00 to 23.59.59, or 0-24hrs. this immediatly rang a bell with me, as this reminded me of the celestial sphere coordinate systems, or more specifically Right Ascension. This is an angle from a single origin point measured in a range of 0-24hrs. In general it all seems too specific to be random for sure. Some people in that thread I was looking at pointed this out too, but to my knowledge no-one went and plotted it.
So I decided to waste some of the Wormhole Police’s ever shrinking budget, got my researchers on the job and did.

It has been observed by many that the J-code designations of wormhole systems appear to observe a certain format, ranging from 000000 to 235959. This appears quite similar to a coordinate system based on right ascension, or RA, one of two parts of the celestial sphere coordinate basis. This system maps the location of stellar objects relative to a single reference/zero point. the RA corresponds to an angle on a horizontal, circular plane on the equator of the reference point. this angle is measured in hours ranging from 0 to 24, very similar to the J-codes.

In this report we will perform a simple experiment where we analyze the J-codes of known wormhole systems and plot them in a 2d plane using the above basis. Doing so will enable us to compare these hypothetical locations to what we observe in space and hopefully lead to a better understanding of the Anoikis wormhole network. 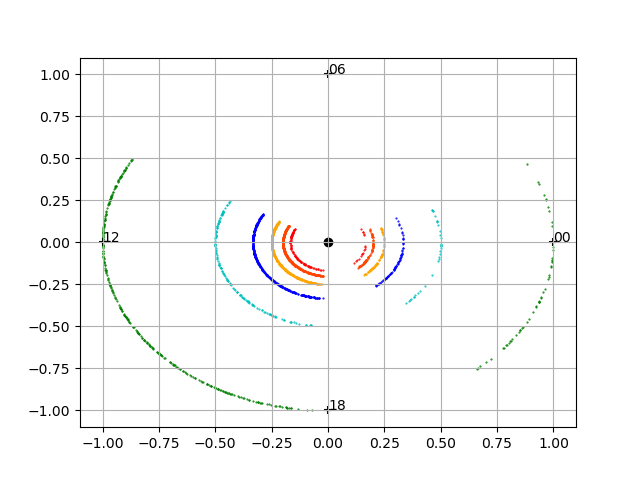 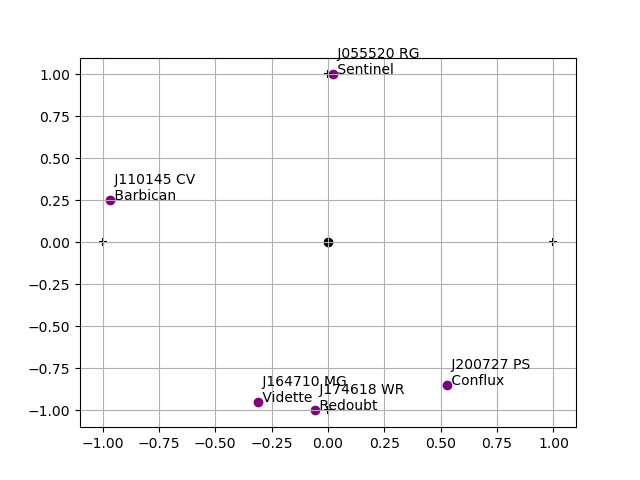 Observing the results, it becomes clear that the systems appear to be located along two seperate and mostly opposite arcs of the circle. Most of the systems appear to be located in the third quadrant, with some in the second and fourth. It should be noted that all systems in the first quadrant are shattered! More on that later. Two main “Gaps” can thus be observed, one between 0-10hrs and one between 18-21hrs. Some other notes to be made are that it is completely unknown what the reference point actually is, and that the Drifter wormhole J055520 Sentinel is the only known wormhole with RA close to 6hrs by a huge margin. Very interesting, but not something we have answers for at this time.

For this project the radius of the positions were assumed to be correlated to the wormholes’ class, with higher class systems closer to the reference point. This was done because it appears that way when observing from space, especially in lowclass wormholes a single nebula is quite clearly visible in the sky, with it getting bigger and brighter the higher the class of wormhole you are observing from. It sadly seems impossible at this time to confirm whether this is in fact the same nebula, but distinct features are certainly present in all classes.

This gets more complicated when taking the results from this experiment in account, as it would seem that one can “approach” this nebula from two sides. This is not quite clear from visual observations, as the arrangement of the stellar objects in the sky appears near identical between systems of the same class, although this may be influenced by technical limitations.

An interesting possibility arises from the results. Please be aware that the following section will be purely speculation, and cannot be backed by conclusive evidence.
It is quite remarkable to realize there is a very sharp split at the 0hrs mark. Above this mark, there are only shattered wormhole systems that opened up after Caroline’s star incident. This has led us to believe the Anoikis WH network may not only be circular, but it may have certain connections to known space. The general wormhole network opened, that is to say natural wormholes started appearing, when Seylinn’s incident occured. What exactly caused this and how this is related to Anoikis is of course still largely unknown, but it raises the possibility that we can only accces these two “arcs” when in fact there are many more systems all along the circle. When then Caroline’s star happened, it may have opened these other wormholes in similar fashion, but since it was a more localized and yet more violent event shattered the systems in the process.

What we mean by connections then is that somehow Seylinn and Caroline opened only very specific arc-sections. There may be other places or stars in known space that could open up other sections of the arc should a similar event occur there.

Now that The Wormhole Police science department has fully solved the mystery of wormhole connections I fully expect everyone to GO STRAIGHT! To put your crimey ways behind you! We WILL Find you… You WILL be brought to justice!

Great Job Officer Ruubz! No mystery is too mysterious for The Wormhole Police.

I hope this allows for more conenctions to be made. There must be a way to advance the anoikian plotline!

What we mean by connections then is that somehow Seylinn and Caroline opened only very specific arc-sections. There may be other places or stars in known space that could open up other sections of the arc should a similar event occur there.

That’s not really how Anoikis was opened. Caroline’s Star (W477-P) is responsible for both the initial opening of Anoikis and the unlocking of the shattered wormholes several years after that as the constructs around it underwent cascading failures, culminating in the star going nova.