I’ve been browsing zKillboard and found some variations of this ship. So one variation is with 4 Large Remote Armor Repairer II. Another one downscales some of them to mediums so they can fit a larger armor plate. I’ve seen afterburner and microwarpdrive fits. And some use batteries while others use capacitor boosters.

Any good fit that has the following?
3 Large Armor Repairer II in Highs (last one can be a small or medium)
Has a large Capacitor Battery
Has an explosive Armor Hardener
Compatible with Amulet clones that have no PG increasing impants

Or is this just trying to cram too many PG intensive modules on one ship?

Download PYFA. A lot of questions can be answered there without even logging in.

Large I-ax Remote Armor Rep x4, you could put an ancillary one in of you want instead.

Sound good, or do you need it cheaper? 348M on cost as of right now.

Another note about PYFA, you can do stupid stuff with it. I managed to make a Daredevil do 3,211 DPS, without spending trillions on maxed-out abyssal-rolled Cormack’s magstabs.
I bet a Nergal could do something even nastier.

Ohhhhhhhh yeah…
6004 DPS on the turret alone:/
6112 without mutated drones

Download PYFA. A lot of questions can be answered there without even logging in.

I’ve been using it and trying to fiddle with it but didn’t get what I wanted.

Sound good, or do you need it cheaper?

EWAR Mod (have no idea what else to put there),

You mean sensor booster? Sensor booster counters EWAR (except target painting). Or did you mean an actual EWAR module?

If it can go in the mid and uses only 1 PWG, that’s a much better option than the warp disruptor I put in.

Oh you really did mean an electronic warfare module not a counter EWAR mod. I thought you just missed a word when you typed that.

Also I don’t know why you chose a warp disruptor over a warp scrambler. I get you were looking for something useful that had easy fitting and could be situationally useful. So if someone tried to tackle you and his miscoordinated with his fleet and was now a sitting duck, the tackle module can be useful here if you are still repairing your fleet. If you were going to go for a tackle module (because you didn’t think about sensor booster) then why not a warp scrambler? It means anyone you can hold can’t just slowboat away.

I guess the only time a sensor booster wouldn’t help if there are more than 7 Guardians in your fleet since that means not only will they be the first target of jams, but even if a few go down the survivors are the targets of jams and not you. But in that case, it’s going to be a mid or large-scale fleet battle rather than small gang stuff so whoever is handing out ships isn’t giving any pilots an Oneiros if he gave out 7 or more Guardians. If you somehow ended up in a Oneiros in such a fleet, a remote tracking computer to make your ships you repair fight in optimal instead of falloff (since it boosts turret optimal range) might be better than trying to counter jams that won’t happen to your ship until a bunch of Guardians explode.

A Guardian and an Oneiros are very different beasts. The Guardian can’t sustain its cap as well, but it tanks way harder. It gets bonuses to energy transfer to make up for this, and Guardians become the way to go once you reach about four ships. The Oneiros is a solo rep platform, relying on cap batteries and boosters in conjunction to deliver their reps. Because of the cap transfer component, you are correct in stating that Guardians will be the target of jams before Oneiroses. However, the Oneiros generally has a little less HP, so if I was an FC I would call jams on the Guardians and DPS on an Oneiros. This has the added benefit that each jammed Guardian is unable to cap transfer, so an unjammed Guardian might still be unable to rep if enough of its cap chain is shut down.

Oneiroses are faster, and have good blingability due to that speed. AB Armor Oneiroses are super effective in niche situations, like gatecamping. I put a disruptor on just for supplementary tackle. Maybe it helps keep a ship down, but mostly was intended to get on killmails. You are right, though. I never use ECCM, so I completely forgot it existed!

A Guardian and an Oneiros are very different beasts.

Yeah that’s why I kind of assumed that a fleet large enough to use 7 Guardians wouldn’t have an Oneiros.

I mean after one experience I decided that being a Guardian pilot wasn’t for me so maybe if I ended in a large fleet battle, I’d end up in a Onerios?

I’d probably just be put into DPS or jam duty if that time comes.

I can’t imagine there are enough players who hate capchain duty so much that an FC would field an Oneiros in a fleet that has Guardians already. The closest I’ve seen was when we were helping a group where all their logi capable pilots didn’t want to operate a cap chain so they went with… no logi.

I was an FC I would call jams on the Guardians and DPS on an Oneiros.

This makes sense, although I think there won’t be too many times you see multiple Logistics Cruisers hull types in the same fleet of the enemy.

I put a disruptor on just for supplementary tackle.

I think a scrambler will be better. If someone else is holding it, you still can get on the killmail. If you actually need the tackle module, you’ll be happy they don’t just slowboat away.

your question cannot be answered if you don’t give context
small gang? large fleet? wh? etc

I think a scrambler will be better.

Logi are not supposed to be close to anything, not even in point range. They should be 40+km from the fleet and even farther from the enemies.

your question cannot be answered if you don’t give context
small gang? large fleet? wh? etc

Yes, this is also true. There are a good many situatons where an MWD fit would be better. Oneiroses are the rarest of the four logi cruisers. Guardians are better in most ways for armor, Scimitars are the best for small fast shield fleets, and Basilisks are the best for heavy shields, like T3Cs or Vultures/Nighthawks.

Guardians are better in most ways for armor,

That only true for fleets of 10-ish or more ships. The triglavian t2 logi is the best or strongest subcapital armor logi but they are difficult to fly and require the logi pilot(s) to only focus on 1-3 pilots at most.
Unless you have a number of those any every logi pilot is only tasked with focus repping one ship, the rep power those things have is mind blowing.

As a reference, one triglavian t2 logi has a potential rep power of 2.5 Guardians.

Logi are not supposed to be close to anything, not even in point range. They should be 40+km from the fleet and even farther from the enemies.

I agree with that, you ideally wouldn’t want to need a tackle module and you don’t want to be close enough to scram anything.

Most of the time point or scram isn’t doing anything since your combat ships would be holding a target and you’d be too far anyways.

The only time the tackle modules “does” anything is if you grabbed something not already tackled and you are not trying to get away from it (so if a bunch of ships get too close, you’re probably just warping off instead of trying to hold one). I can’t really think of any situation other than tackling someone who tackled you before his fleet was ready to come to his aid.

Oh yeah I forgot about the insane… Zarmazd?.. is that what it’s called?
Yeah those are really strong, but also SP intensive and pretty pricey.

once they have spooled up, yes. But Initially it is something like 1000 ehp/6s, which is less than one guard (1500ehp/6s). So if you face some fleet with high alpha it can be a problem. 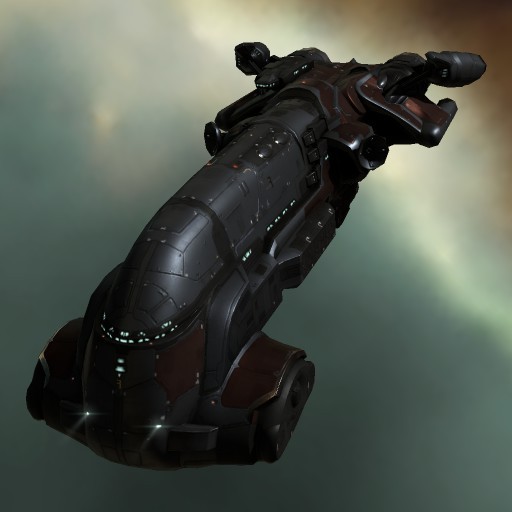 Maybe this guy mixed up remote tracking computers and tacking computers? Honestly if the bonus worked for both types of computer modules… it would still be a bad idea but at least understandable by someone just seeing a bonus and then blindly trying to use it. If there are more than 7 Guardians in your fleet, a remote tracking computer to boost the guy you’re repping so that what he’s shooting in falloff becomes optimal makes some sense if you already have a large battery.