GOOD Update and balance changes - DO MORE! - REMOVE ALL GANKING AND GRIEFING

Ok you’re headed in the right direction with this patch and I like the updates - apparently the community ALSO likes the updates as we are getting a lot of players coming back. But it’s NOT enough.

The GM’s, developers and game directors seem to think that “ganking” is a soldier of fortune type thing but it’s not. Ganking is not a legitimate profession, it’s being a pirate or a cartel member and it’s childish really. I also get that they think by encouraging players to “gank” and trying to make it different from griefing, that they make money. They think this forces players to spend money on FLEX, to get more ISK quickly or to buy OMEGA time so they can “up” their game and then no longer get ganked. In reality, ganking is griefing, ganking is stealing and by allowing / encouraging this type of behavior, YOU JUST CREATE HATE ALL OVER EVE. NOW if EVE wants to be the game of HATERS, well we already know why the player base is so low. Every time a player gets ganked / griefed, which is the SAME THING. They say, hey I just spent 3-4 months playing this game to have some ahole come steal all my profits, f* this sh*** a** game. I’m going to play the dozen other better games, where this doesn’t happen.

Not only is the player base LOW, but it’s way LOWER than people think since every good player has alts, thus the real population of EVE is somewhere at half of what they report, but probably much less because the hardcore base players run 2-5 clients at the same time. YOU DO THE MATH.

It took almost 20 years but apparently Eve is starting to understand. High level players who grief (gank) everyone, run alts accounts. So the security status penalty, DOES NOTHING. They simply train up an alpha ALT account, and buy them the cheapest destroyers they can, and suicide them into someone’s ship, so the alt loses security status, then they use another ALT, pickup the loot and then send the money off to their main.

The new update helps with this, since alpha accounts can no longer go red. But, a hardcore player can also just buy their ALT account a month of Omega and then their main account doesn’t lose any security status. Plus you have ways to repair your security status anyways, so for a high-level player who has tons of bling in the bank, losing a little security status isn’t a big deal.

What you’ve created is an eco-system very few players want to play in because quite frankly it’s stupid. All the legitimate players who have legitimate ways of making ISK - mining, ratting, abyssal filaments, running missions, don’t want to spend their time making ISK so some player who has bling in the bank on their main account, uses an ALT to grief (gank) what they have made in 3-4 months in ONE attack.

What’s the point in this? Who wants to play a game where your stuff is constantly being stolen by rich losers who spend a lot of money on this game because they have too much? Or they have been playing for 10+ years and so they can easily beat up on and grief new players?

There is really NO REASON at all to allow and encourage stealing, griefing, ganking, which are all the same thing.

I get if you want to make a “dangerous, mysterious, exciting zone” where players can go and make a TON of ISK. We have that, it’s low-sec and null-sec, but it doesn’t need to everywhere.

But I’m telling you the MAJORITY of players, want to live in a SAFE, SECURE environment, where they can do their daily grind and not worry about having it STOLEN / GRIEFED, by some pampered ass little baby kid who plays this game too much and/or probably has given tons of money by his Daddy and thus has no life but to run around and grief/steal from other players.

You will make TONS more ISK by running filaments, then by griefing other players, but those who choose to grief / gank, do it NOT because they want to make ISK, they do it because they WANT TO GRIEF OTHER PLAYERS. There is NO OTHER REASON THAN THAT.

Since your company is not that intelligent, despite making a mechanically good game, your social skills are near null. Let me make a CLEAR prediction for you.

If you SEPARATE the thieves / griefers, the criminals from the rest of society, this game will BOOM. Your population will grow 10x. Make HIGH-SEC completely GANK FREE. Make HIGH-SEC an area where no one can attack anyone, ever.

Then players who “want to live in a free for all PVP zone” can go play in low-sec or null-sec. I’m willing to bet 95% of players will prefer a HIGH-SEC NO GRIEF, NO GANK lifestyle. Now the numbers will be skewed right now, because you created a game where the “griefers get their way” but slowly that is changing. Once you have a real population of players and you LET THEM CHOOSE, what they want. You’ll see, VERY FEW PEOPLE, want the griefing / ganking, which is the SAME THING, mixed with the rest of society.

HIGH-SEC NO GRIEF, NO GANK zone WILL FLOURISH AND BOOM. You can make VERY SUPER PROFITABLE mining areas in low-sec / null-sec and make SUPER PROFITABLE MISSIONS / ratting opportunities and some people will do that and it will be fun and exciting.

Most others are going to enjoy the relaxation of the daily, safe grind, and that’s what they want.

Now if you’ve read this post all the way to the end, you may think I’m being mean. I’m not using mean words to be mean, I’m putting across a point. I think this game has TONS OF POTENTIAL. I want it to FLOURISH. But if the game developers / owners continue with these terrible policies, that will NEVER happen.

Take some pointers from FF14, Guild Wars 2, World of Warcraft. Play other MMOs, no one likes having their profits, money or stuff stolen. IT IS THE WORST IDEA EVER. I WILL NEVER ENCOURAGE PEOPLE TO PLAY THIS GAME UNTIL YOU FIX THIS.

The ONLY reason I play this is because the graphics are amazing and the engineering mechanics are cool. Other than that, this game is stupidly boring. It’s got horrendously stupid policies. You have a huge base of a**hole griefer/ganker players with stupid “criminal hate names”. It’s like you are trying to get people with “criminal and mental issues to play this game?” Which is why most people don’t, except the few who really like the graphics and the engineering parts of the game. We WILL ALWAYS avoid and block the creepy weirdos you allow to play this game. And every contact with them, makes me 100% less likely to play this game and 100% less likely to tell anyone else about it.

Do US ALL A FAVOR. Instead of being STUPID and waiting another 10 years to fix your horrendously stupid social policies you have on here. BAN ALL GRIEFING / GANKING / STEALING FROM HIGH-SEC AND WATCH HIGH-SEC FLOURISH WITH PLAYERS. YOU WILL GET A 10x PLAYER POPULATION BOOM.

You want another 10X PLAYER POPULATION BOOM? Make OMEGA FREE. Stop limiting what skills we can use and what ships we can fly based on a pay wall. You should make players be allowed to pay for a few things

Ok let me repeat it one more time so you can hopefully figure it out before the end of 2050. GRIEFING AND GANKING ARE THE SAME THING. STOP ENCOURAGING GRIEFING AND STEALING AND THE PLAYERS WILL COME.

From your previous track record I give you 10-20 years to figure this out. I sincerely hope you do better, but it’s up to YOU. YOU HAVE THE POWER.

No one who plays this game wants to do the JOB OF THE GMS by spend all day reporting the thousands of idiots with horrendously offensive names and bios. DO YOUR JOB FIX THIS.

PS. Love that you’re hiding behind an alt. GJ

SALTY SQUAD IS THE BEST. My idea is awesome dude. LMAO. But let’s see what happens after South Korea sells this game to someone else since they find it unprofitable once again lmao.

Time to UNINSTALL and find a game that is worthy -

Making my point buddy. But no it’s not hiding, just doing what ever else does.

It never ends because it’s a GOOD idea and it makes sense. Good ideas persist. And everyone other MMO will persist, Eve just slowly dies again and again until it won’t be coming back. 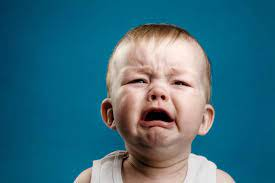 Nothing of value was lost

And yet if any Devs and GMs read the comments, it yet again proves my point. What a AWESOME AND FRIENDLY COMMMUNITY YOU HAVE HERE

You showed up here to whine and spam emojis like a clown and now you’re crying about how we’re not engaging you in good faith?

Enjoy playing with yourselves in your sandbox of stupidity. You’ll never get to outer space LMAO.

If you’re quitting, why do you care?

Me just saying in angry words why they would not; DivineBlue"let’s spam all the faces and cry about His post"

People will cry because they don’t know how to EVE.

Wow this thread sure was dead on arrival

GANKING AND GRIEFING ARE THE SAME THING 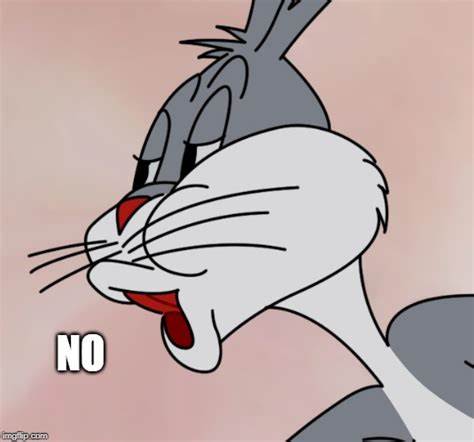