Goodbye Internet Space Ships (No you Cant Have My stuff)

Well, I took some edibles last night and decided that I would delete my characters and never look back. Im saying Goodbye to the community. No you cant have my stuff. I first heard about the game in 2004 but never took a second look, I found the game again in late 2007 creating this character. I wish i could change the name I picked but oh well, I thought the world of Pearl Jam 20 years ago, now they kinda suck.

When I first started this game literally took over my life for a good two years before my first real break. 6 hour sessions after work and 12 hour saturdays. Life happens, bought a house in 2010, married in 2012, kids. When the kids starting showing up life changed, less time for Eve Online. Change is good, end Eve changed through the years too.

I did the corp thing, 0.0 gangs with Mukk. We would always wait for Mukk to come take us for three hour roams. He is out there somewhere. 0.0 Ratting, 0.0 mining. Blob warfare. Then I left 0.0 and did trading with another alt. Kin Dahl was my mining alt. He provided arms in 0.0 space for four years. He hauled implants and t3 modules and ships for you to enjoy in 0.0. It was honest work.

Kin Dahl also mined and built a jump freighter from scratch. By this time it was probably late 2011 and I was rearended. I laid on the couch for 8 weeks and mined ore, and cooked t2. Im very proud of that Rhea. I used it twice, sat in the hanger for 5 years, then I sold it to pay for plex.

I had third account that i used just to grief and stole form corps. One guy let me have control of all the space bubbles out in space where you could store your stuff. It was quite funny when he came back online. I also joined a corp to only kill all thier miners one night.

I met a lot of different people from all over the world in this game, my friend list has been offline red for years. Smart people who told me to invest a couple k into bitcoin in 2010, I never did. They are probably in a lambo somewhere.

If I has to offer one piece of advice is go out there and enjoy your life, enjoy this game. Join fleets and try to pew pew other internet ships. Dont spend time grinding. So I really dont need this stuff, Im not really deleting my character, i just wont be back for 20 years . I dont need this stuff though and its just sitting here so the 1st post that can tell me where my ingame bio comes from gets most of my stuff. Im keeping my tengu.

And get online and start accepting contracts. Stay safe, and god bless the eve online community. Ill see you out in space

Pearl Jam- Given to Fly

o7 and be safe

correcto. Enjoy. Ill be sending contracts to this toon

So I really dont need this stuff, Im not really deleting my character

You will be back sooner or later.

this is for good. I havent played seriously for 6 years. Its over

Do you have a toon in a corp I can send too?

Thanks, Itll be put to good use.

Stay safe out there.
o7

Normally, I’d flag this for being in the wrong sub forum.

But that would all but guarantee those two yahoos would leave it here out of spite. Like they did with the last one I flagged.

Well, I took some edibles last night and decided that I would delete my characters and never look back. Im saying Goodbye to the community. No you cant have my stuff.

Redundant, you apparently have no stuff, no chars…

It was quite funny when he came back online.

Did something similar a few years back. An alt in a WH corp. Was very active and fun for the first 3 weeks… then the holidays hit. I was literally the only corp member that logged in for nearly 2 weeks… So one night, we rolled into a HighSec rando WH and I went ahead and relieved the corp of the entire public hangar… which they had clearly left behind for me since nobody else had been on in weeks ( thanks again, guys o/ ).

It was about 5 Billion ISK in mostly T2-fit T1 Battlecruisers and cruisers.

Got the obvious ‘DUDE WTF!!’ EveMail and then a few great warnings on the Eveboard/Evewho pages for the toon that will fly gloriously until the Eve Online servers go offline. I sold the toon not long after.

Now I mostly help old Amarr characters into and out of their ships… It’s a humble life really.

I still got a Pearl Jam CD in my truck

Best of luck to you. This is not an easy one to quit but I understand. Thanks for sharing your Eve background

Sounds like you did a little of it all

Good luck in your future endeavors 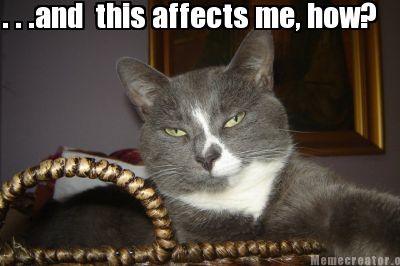 Do you endorse the drake?