Very quickly put together a new ham fit for the new navy cyclone and was shocked at how much better it is at chucking missiles than a navy drake. Considering Cal are supposed to be the missile race.

Both boats get 24km with rage and the same application from there bonuses.

If these fits were worth using, you’d maybe have a point.

DNI should be hitting around 90k EHP. Drop two of the LSEs for multispectrum shield hardeners, you’ll get a lot further along. CyFI probably about the same, though I’ve not used em personally yet.

You’re also wasting the guidance enhancer - with the ships bonii, you’re almost always gonna be better off with another BCS there.

CyFi looks a lot less agile than the DNI, so it’s kind of like an American muscle car - fast in a straight line, but trash in the corners. DNI should be able to tack onto target much faster.

But yeah, they’re both pretty similar. Don’t mind so much, as seeing that Drake / DNI / Nighthawk hull all the time gets pretty boring.

And if you would fit links and a 500mn afterburner on the cyclone fleet issue instead, you would have a 90.000 ehp boat that becomes a very fat talwar with heavy missiles and a 200m signature, going around 1500m/s.

Sorry bro you kind of missed the point. ( probably my bad for posting full fits )
I’m not trying to say what is the best fit for either ship I am comparing resources.

Then Clone has an extra high slot free

That’s not reasonable.
Especially given the fact its faster and has a much better sig.

There’s no balance here between similar ship types.
The Fleet Clone is a ‘angry green hulk’ navy drake on steroids. 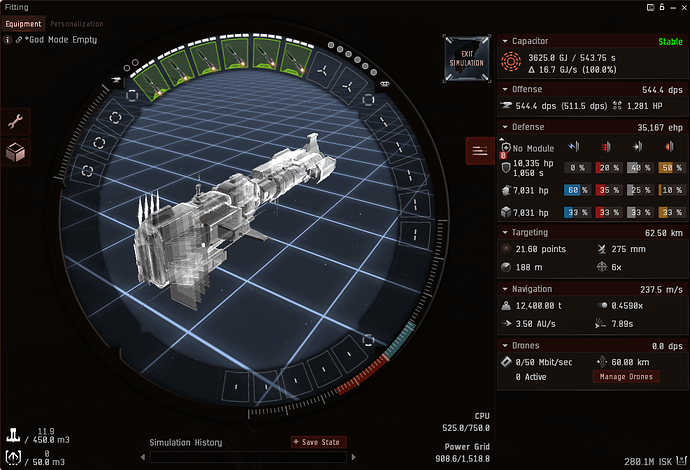 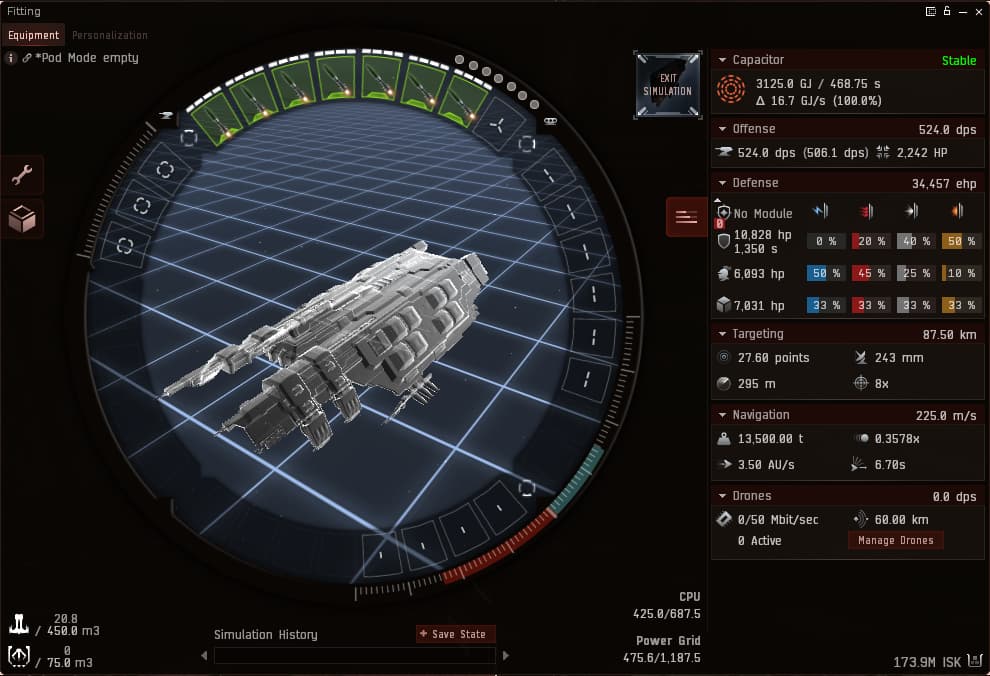 Interestingly, the cyclone has 500 more base ehp than the Drake. Evil fitting screen…

Your cyclone fit will hit a destroyer for barely any damage. On the other hand the Drake will accurately score higher, accurate damage. In fact it can be argued the cyclone won’t hit a Logistics cruiser with its full damage.

at BC5 Cyclone fleet has 10.91 effective launchers, drake navy has 10.5, the cyclone has an extra lowslot for more damage stacking aswell, its not a surprise it does more dps

The navy drake can get far more survivability and you can use that to its advantage, a polarised navy drake can still hit 60-80k ehp while throwing out a disgusting 1600 dps

both cyclone and navy drake have the same application bonuses

ROF bonus is crap . 20 dps more for navy cyclone … 5 more dps if you figure reload …
nobody notice the nearly 1000 more alpha on the navy drake ? that’s about(edit , T2 HAM launcher holds 66 , so about 65k more hp per full reload) 75k hp more damage on a full reload …
navy cyclone has several advantages, but chucking missiles ain’t one of them .

nobody notice the nearly 1000 more alpha on the navy drake ? that’s about 75k hp more damage on a full reload …

Sry I can’t follow. What’s the calculation behind this claim?

Sry I can’t follow. What’s the calculation behind this claim?

Yeah but thats total nonsense for a comparison?

I mean, sure if we’re going full fit kitchen there’s a lot to cover!

My point really was to say; if you’re not fitting the ships to their optimum but to highlight their similarities, then you will see a greater similarity than exists in reality once people who know how to fit start playing with it. Sadly, I am not one of those people.

However, from a quick tinker in Pyfa, the change in slot layout offers some benefits and drawbacks - the flight time bonuses on the DNI is really beneficial, and while you can offset that with a guidance enhancer on the CyFI, you end up trading that for control in the mids. Of course, you then also gain back an additional utility high!

Ultimately, they’re similar because they’re both missile boats. But they’re different enough in their slot layout and bonuses that people who know what they’re about will lever some truly ridiculous benefits out of them both. Or, you know, polarised DNIs for the memes. All is good.

The main point is, that the DNI is much more tanky in RR-Fleets, because you can fit expanders for buffer and Invuls for resists. Usually one EWAR/TackleMod per Ship is enough in these combos, so you have huge amounts of eHP on that ship, especially with Fleetboost. Much more than a CNI can offer. The higher alpha for quick target switches even adds up.

The CNI however offers a lot more speed and tbh I would fill the last low with a Nanofiber for even better maneuverability. You get a ship with the same Damage Output as the DNI, with Scram/Web still a considerable buffer so you can use it to jump on someone, quickly beat the hell out of him and still get out of the fight if everything goes south. With OH you outrun every other BC and can even rival the much more flimsy Tier3 BCs and lots of cruisers.

you know, i wanted the salty caldari to be wrong. But damn, if he didn’t accidentally get it right.

I mean, your fits are garbage, but the CyFI is a bomb of a ship. Reminds me of the ScFI but with 3x the DPS.

i edited my post to reflect that t2 ham hold 66 missiles , not the 80 that somehow got into my head …

using the op’s 2nd set of pictures , (not the first , where he put 3 bcu on the cfi and 2 on the dni) , the difference in alpha is nearly 1000 . and you can see , figuring reload time , the cfi comes out with a whole 5 dps more . this was only focus on missile damage , the cyclone has way more options for fitting .
with my skills , a 4th bcu adds 50 more dps to the cyclone . while leaving room for a damage control , t2 gang mod and t2 medium neut . the drake can fit none of those , only advantage is the option to fit a second web , or resist mods as you’ve mentioned .

not the 80 that somehow got into my head

The main point is, that the DNI is much more tanky in RR-Fleets, because you can fit expanders for buffer and Invuls for resists.

So as the CyFi has 1 less mid lets say you drop the spander in a comparable CyFi fit from DNI.
1 extra spander on a DNI is not gonna make up for a 40% smaller sig in a RL fight.

DNI only looks tankier on paper.

Also note that fitting a 2nd link fit on a CyFi can be done without compromising dps.
So you get extra tank for your entire fleet, potentially.

drop a sigamp in the extra low and you have more or less the same range with better lock and ewar resists. So CyFi is better with heavys as well as hams.