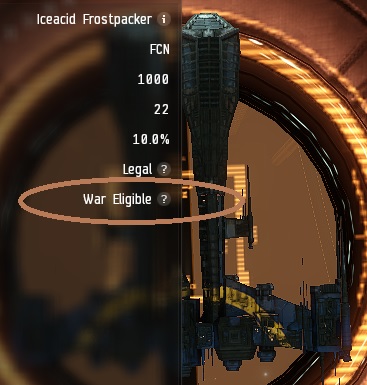 @Destiny Corrupted Quoted “If I don’t see a second billion in my wallet when I log in tonight, you’re getting a forever war.”

You’ll have to come to me, because Kane says I’m not allowed to go to Caldari space.

I did not say that.

I said we also focus on other wardeccers that operate in Caldari space. Especially if we see them operate around JITA area.

hey
why you are using the silver dress i gave you to fight kanye west for a microphone ?
why is he using a blonde wig ?
why did you expect me to translate your friends messages ?
that is clearly abuse …
expect me in court
this will be bigger than jd vs ah

“If I don’t see a second billion in my wallet when I log in tonight, you’re getting a forever war.”

Frostpacker is not worried about that as I had just sent Sargent Frostpacker who checked Amarr local and had asked a regular there if they knew of that bully kitty cat. We should have known there are many places to hide in Highsec from those cats that don’t travel. 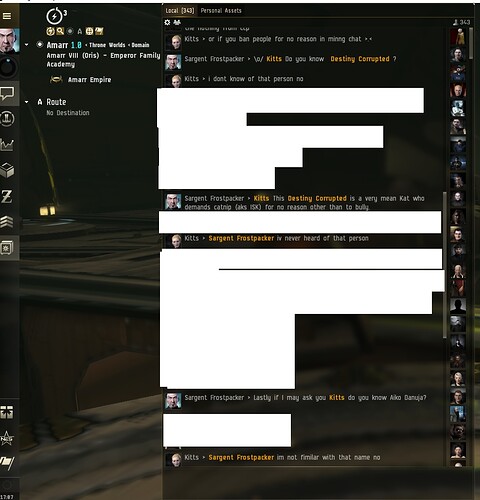 Eve is a funny place

The lastly question says so much

What I like is how they’re rage-reporting even C&P role-playing posts now. Like, you know that there’s no way that there were actually enough randos visiting this forum section to get offended by some meme jokes, so it had to have been someone using alts or begging their friends to log into the forums to help.

For someone to be that upset is a sure sign that I’m winning.

this will be bigger than jd vs ah

AH who? Ah yes, Miss Poop. The one that ganked JD, about to lose 50 million ISK.

Please listen! Stop side tracking with petty issues and complaints and start focusing on what you had started.

Are you still demanding anything from Frostpacker.

Let it be known that Frostpacker nor I do not see anything outstanding.

I would still prefer it if you gave me a billion ISK. let’s be realistic here, I need it more than you do. I have war bills to pay!

So @Destiny_Corrupted. It’s give you a billion ISK rather than using Aiko’s forceful demanding tactics.

I appreciate you for being honest here and I would like to say, “Yes you may!” 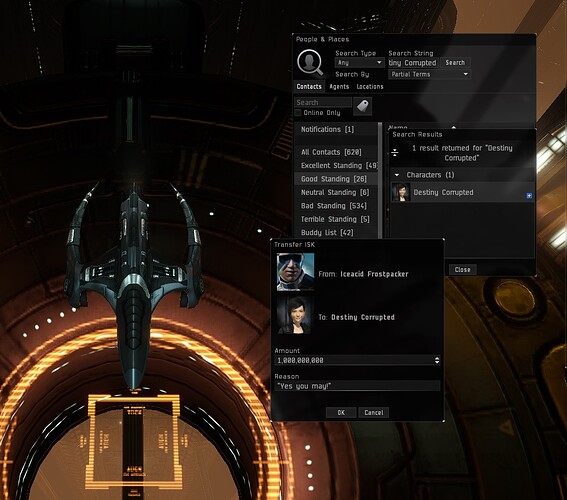 Is there anything else you would like to add? If not we can consider this thread closed.

I am so poor, can I have a billion aswell?

I appreciate you for being honest here and I would like to say, “Yes you may!”

Wow. Such an act of kindness is absolutely unprecedented for an ice miner, whose heart should normally be as cold and rigid as the glaze they strip from their dreary ice fields. I’m almost speechless, and am having difficulty putting into words just how much your generosity means to me.

As such, I wish to inform you that your act of pure, selfless benevolence has qualified you for

, which is a privilege of the highest honor only bestowed upon true friends.

That’s right, in the spirit of friendship, I will be putting down my guns, and providing you with the authentic, 100% guaranteed neko experience that you crave.

Mind you, this isn’t something just anyone can get; you have to be truly special. Normies like Githany Bad and Senior Citizen Kane will never qualify for such amazing and kawaii service!

Better buckle up and get ready, because you are about to have the most sugoi, genki time of your life!

This is only 1 bill right , you disappoint me

This post needs to be moved to the Red light area of the forums so you can post with all the other girls and boys selling cheap tricks and thrillz.

We have the CSM section though.