Fines and Fees to play in New Eden Highsec

Frostpacker had noticed a massive increase in the demand for isk that is required to function safely in highsec space. The other week we were told of a pending price increase and since that notice there seems to have been a major shift towards extortion of the Miner.

As of today, Frostpacker will not be sending out any more ISK until the last fine had been removed.

As you can see it is the Queen Regent of Highsec who is behind this extortion and not even my own corp receives the amounts that is demanded to pay for fines and fees for licences what not. As soon as ISK flows in, it flows out just as fast and sometimes I sence that every undocking move is being watched and recorded.

You still owe me a billion ISK.

Frostpacker puts a lot of effect into paying ontime and the correct amount.

Please stop adding zero’s it doesn’t do any of us any favours when records clearly indicate it was paid and there should not be anything owing to you.

That barely pays for one war bill, and leaves nothing left over with which to buy ammunition for shooting at the war targets. Just today I ran into someone, and had to make gun finger motions and pew-pew noises at them. Granted they still exploded, but it was way more effort than I was supposed to put into the process, and all because you couldn’t pay your bills in full.

How many more notches do I have to tighten my belt by, just because you’re getting high on your own supply? Time to pack some of that frost into a Kryos and make a Jita run.

Your war bills are your problems not mine and nothing of value gets moved without REDFrog though I had been stock piling since the last contract.

If we start to dig open old account reccords then I am sure I will find one that you never delivered Frostpacker on so just zip it missy!

The other week we were told of a pending price increase and since that notice there seems to have been a major shift towards extortion of the Miner.

What part of it hasn’t always been extortion ? The ISK you pay goes towards the very threat that extorts you…sort of like Dr Morbius in The Forbidden Planet being chased by a monster of his own creation.

Personally, I’d tell them where they can shove their mining permits. Just to make the point I went and mined in Eudama in a Venture called ‘Stuff Your Permits’. Actually the Venture is still there and I may just take it out for a spin…

The POS permit guys aren’t worth paying. Just sign up free accounts and spam the hell out of CODE, Safety, and everyone else doing this crap. Keep those obnoxious channels lit up like a Christmas tree. Be abusive, it’s how EvE works. Set standings to -10 for CODE and Safety, and spam spam spam every single time you see them.

Belongs to the roleplay section of the forum.

It’s stuff like this which is the reason why I so love this freakin’ game.

ust to make the point I went and mined in Eudama in a Venture called ‘Stuff Your Permits’. Actually the Venture is still there and I may just take it out for a spin…

I did the same thing in Uedama in support of @Cilla_Cybin’s defiance.

Princess I am not going to ask you to remove the channel gag as I didn’t mean anything other than expressing how surprised I had come to realize that about your bodyguard’s avatar. I said that I am sorry!

It was all shot from the hip that day! Okay?

I really do hope your role-playing this because otherwise you are falling for a scam. And this is why CCP is making a new currency you can’t trade. It will end all scams and all extortion connected to real world money.

And this is why CCP is making a new currency you can’t trade.

If you can’t trade a currency, how are you supposed to buy things with it?

They want you to buy everything from them.

So, no more player market? I find that hard to believe.

CCP is making a new currency you can’t trade.

You are taking about “InterBus credits” and it’s only announced to be used for heraldry.

It’s not replacing ISK. That would make no sense at all.

Corporations that rent moons in Nullsec or pay for blue status are also just referred to as Roleplay?

Like agreement that I will be left alone to mine freely inside Uedama were the Ore is always pentiful with no other daring to bring a Orca or Barge? Just like yesterday I am granted free passage.

My reason for submission to our Queen Regent of Highsec is that I believe that I will be rewarded for my loyality to one day be challenged at any moment by the Queen herself instead of her bodyguards who I seem to be constantly fighting to gain trust within their ranks. 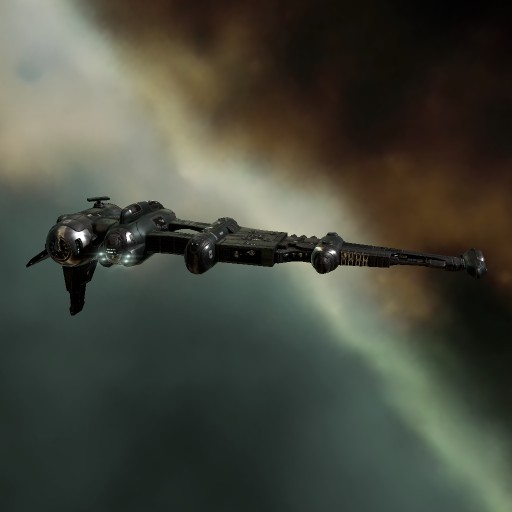 Those simple to follow high sec rules were set long before me and will most probably continue long after I become a frozen corpse by the Queen herself.

Belongs to the roleplay section of the forum

Yes, though to be fair, C&P isn’t far off having always been a bit of role play anyway/

We should do a mining op this Saturday, people can come to mine or shoot gankers , if anyone sets this up we will support it

They want you to buy everything from them.