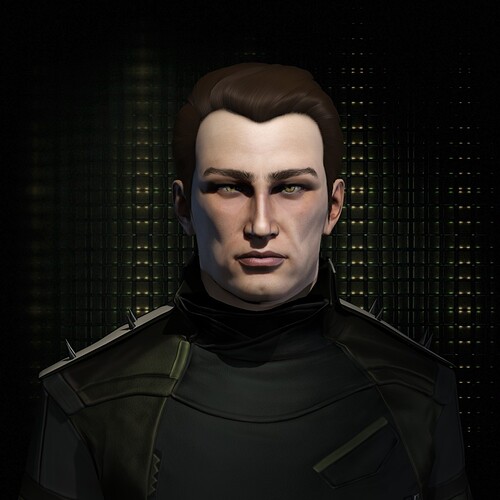 My name is Alpha. I am the first of two.
I shall tell to you that some of what is central to our Foundations.

For family units in the Foundations, Division assignment can be a friction point between the Overwatch and them. Nearly every family unit prefers to be within a spatially close position to each other. This can prove troublesome when certain individuals are wanted for assignment else where. While the needs of the Foundations will always be met, it is in the non-critical assigning do these difficulties arise. However, let us start from the floor up.

When a specific unit is needed some where, any family unit they are attached to is also evaluated for transfer. This has the looping effect of being useful for transferring out detached units back to their family units, if possible. If an ideal installation is found, the transfer is usually put into effect and the necessary logistics undertaken. Non-ideal installations are … unfortunate.

In non-ideal situations, it becomes priority to assign the specific unit and retain the cohesive structure of the family unit. Some family units may assign, if possible, some of their own units to accompany the specific unit. This is not always possible, particularly for threatened or public Divisions. Others will simply compensate and adjust to the new situation as necessary.

The fluidity of communication of disparate family unit members depends on the Divisions they are assigned to. Those who are assigned entirely within Stain have access to the most available methods of communication and transportation. Those assigned to non-Stain, threatened, or public, Divisions have the least amount of choice available. The former can arrange live meetings, temporary vacations, mating seasons, and so forth. The latter only have the Network and specific derivatives such as the Digiscape.

Inter-communication specifics are handled by the Divisions directly and their policies. As a general rule, it is polite to avoid talking about one’s Division work when around members of other Divisions. Despite the necessity of such work, some Divisions have very conflicting views and it can sour casual conversation. Division Harmony and Division Carnivore members are particularly note worthy of this for their … mission statements.

As a whole, the Overwatch prefers cohesion to the family unit over dismantling them for Division assignment. It is understood by us, and by the Foundations, that this is not always possible. In the end we are never truly far from each other, but some nights it is desirable to be surrounded by our kins’ bodies.

I see with purpose, the grand design that is the Messiah’s architecture.

The One True Order

It is not enough that we human beings exist and think. We must endeavor to change, analyze, evolve, and progress. We must take charge of the dominion of life. There must be no plane untouched, no planet unseen, and no road hidden, from us. The universe is Nation’s to command. This one, the next, and those yet found.

I am one of those charged with vision by the Foundations. I am Ascendant Augur Tovak, and I speak to you Capsuleers with clairvoyant purpose.

It is not enough we consume and refine the old ways. We must replace and innovate in their stead. We must take charge of life and shape it to fit us. Space, time, reality; it must all be bent to the will of humanity. It must be made into a glorious architecture worthy of our Master.

The Overwatch sees fit to mold the nature of Capsuleers into a - positive, force. One of creation and life bearing. This is admirable; your kind is belligerent and destructive. Others will see to that you are made whole into this vision, but what I give you is a transitional aide.

Destruction is as much a part of creation as creation itself is. It is the hate, the anger, -the emotion-, we humans invest into it that make it so wrong. Humans destroy unreasonably. Yet with the most careful application of our thinking, it is sharpened into a blade that can cut stars out of the black sky. This gives us a tool that can reshape the universe itself. That which is unworthy, unwanted, and offensive to the Master, can be cut from life.

Think on this power of yours, Capsuleers. In your encasing of machinery contemplate your destructive power without emotion. See the faces of hated enemies in your mind and let all those who have wronged you be at the forefront of your consciousness. Let the feelings pass through you and bleed away from the wounds they left behind.

See the faces of that which you despise. Feel no revulsion or rage. Gaze at them as much as one could like the Master. See where they would fit within our glorious Nation. Find purpose for them, or find those that can.

In the end, Capsuleer, if you cannot, then : destroy them. They must be cut from life itself. Removed from the grand design Master Sansha architects upon the universe. It is our gift to them, a passionless passing into oblivion. It will be as if they never existed at all.

My name is Alpha. I am the first of two.
I shall tell to you that some of what is central to our Foundations.

Back in time when we conducted dealings with Akai Juugatsu and his sect in the Covenant, they initially provided a source of biomass for the Foundations. Akai’s sect did not retain the biomass of its blooded stock and traded in rudimentary technology with us for it. We established this relationship approximately twenty years ago.

As the Foundations gained for the first time proper Capsule technology, and Capsuleers, our capabilities within CONCORD signatory space expanded greatly. This was approximately five years before the ‘dawn of the Capsuleer era’. Due to this, our need for external sourcing of biomass dropped entirely. Akai’s sect was interested in trading technology for technology at this point to maintain our relationship.

When the Covenant was expunged from the Bleak Lands, we temporarily lost contact with Akai’s sect. After the Covenant reestablished itself, Akai contacted us as a … different, man. Unlike our history of trading relatively civil technology, Akai became vastly more invested into our weapons capabilities. His ambitions shifted from liberal predations upon civilians towards an insurrection campaign against the Amarr Empire.

We obliged and much of our trade focused on weaponry from that point forward. This continued until about a year ago, when Akai betrayed us. While it remains unknown how, he discovered one of our protected research projects involving Directed Energy Transmission technology and Human Neural Interfacing Theory. We denied his requests to use this technology as it remains purely theoretical with few physical applications.

Akai volunteered his own scientists and connections to further our research. At the time, we presumed this to be a means of expediting a completed product. We accepted this, in large part due the Covenant’s particular specialty with Directed Energy Transmission technology. We lost contact with our research outpost shortly after Akai’s scientists arrived.

An informant from Akai’s sect revealed to us what happened : Akai invaded the facility from within, overwhelming the nominal defenses the hidden outpost possessed. All the research and scientists present were captured and unable to follow termination orders.

Akai was quick to flee to the Covenant for protection, but our connections with the greater Blood Raider body exceeded his own influence. The Covenant’s own internal keepers were quite eager to cooperate with us in capturing Akai, but he evaded their attempts some how. Most of his sect defected from him after the Covenant itself became incensed, but they have revealed nothing of use.

The rest you Capsuleers are aware of. Akai fled to the Serpentis in Placid, but why there or them we are not clear on. Our only logical presumptions currently point towards him having past dealings with them, or they are receptive to our stolen technology. Thus far our few successful interdictions indicate the latter idea.

Now you know our history with Akai Juugatsu. Now you must know about the technology.

The research that Akai stole was centered around Directed Energy Transmission technology and Human Neural Interfacing Theory. To summarize past all the technical details, the ultimate goal of the research was the creation of DET devices that can target and disrupt the human Central Nervous System. The working theory is the assumption that a properly calibrated device can interfere in the electrical signals of the brain of a target. This would allow entirely safe neutralization of the target without adversely risking them.

On its own, this research would not be terribly dangerous. Unfortunately, in order to facilitate more effective designs we incorporated it into a larger research group. Colloquially defined as ‘The Stygian Project’, this project contains nearly all our collected knowledge relating to human neural interfacing. Only those directly needed were stored at the attacked outpost, but even that small portion is expansive.

We have detected faint and irregular signatures that are indicative of Stygian technology. The Serpentis appear to be using rudimentary forms of it already. We are speculative how they penetrated our encryption so quickly. It is thought that the scientists who were captured may have been tortured for it but … This is not in line with our established protocols.

We are hopeful this proves sufficiently informative to describe the situation with Akai Juugatsu. For security purposes we had restricted this information, but as it appears to no longer be prudent it is now being released to you. You may submit further questions in this thread for processing.