How do I make a heron that will warp fast enough to get out of nullsec before it gets scrambled?

You can fit to optimize your align time with mods such as intertial stabilizers or nanofiber internal structures, and rigs like polycarbon engine housings and low friction nozzle joints.

These will help you get into warp more quickly (possibly before being locked), but they will not help with the warp disruption bubbles that are a staple of nullsec camping. You can try to burn out and warp away, but a competent camp is pretty likely to catch a T1 frigate that lands in it.

Probably the thing that would help the most is just learning the geography of an area, where people camp, how to use zkill/dotlan/the ingame map for intel about where to avoid, etc.

For an omega: cloaks let you operate with near impunity. There are things that clever people can do to catch lazy/overconfident cloakers (bubble+debris decloaking techniques, for instance), but it’s extremely hard to catch a covops or astero that doesn’t want to be caught.

Should I get an ab and use it to escape the way I arrived, to avoid the bubbles?

Cloaks aren’t perfect protection in nullsec. Even a perfect (cloaky) pilot will get caught sometimes, there is a degree of luck involved, as well as how prepared the bubbled gate camp is for you.

An MWD might get you to the gate in time, an AB is almost certainly too slow. If you’re going to try it, use an MWD (generally a good choice in null anyway).

The best advice, and the one that nobody ever wants to hear, is that you need to accept that sometimes you will lose your ship. It can even be exciting.

If in gate camp. Crash back to gate ASP and use MWD, ideally overheat.

But before that use dotlan, zkill and in game map to find systems with gatecamps and avoid them. When cornered, just jump between safe spots until you can filament out.

Also, don’t fit for warp strengths. People will use faction scrams or dual scrams and you just gonna waste fit space. Fit for align time and agility. In null you have prefect safety from local. Don’t be greedy.

ps. move fast. While many of players won’t hunt t1 exploration frig. Over time you gonna make enough waves that someone will try to catch you.

The answer here is not to traverse systems that will be obviously camped. Watch your map for “Ships or Pods Destroyed” and use wormholes to find your way around them. When ready to vacate null, find your way out via wormholes as well

For a Heron-cake, the recipe is quite easy. First you need the following ingredients:

But if you have access to a player-owned bakery, it may be less of course.
Now with those ingredients, you need to mix them together to form a lump of uniform “baking-clay”.
Apply a blueprint of a Heron hull as a template for the bakery, which can either be an original or a blueprint copy.

The new part is tricky - make sure you pre-heat the oven for the clay to mold and them form.
Once you set the oven for a duration of 1 hour and 22 minutes, close the oven and let the clay mold and then according to the blueprint form into a brand-new Heron model.

After that, you can take out the Heron and apply paint or not and let the docking manager bring your Heron to the docking port for fitting.

Yah. Avoidance was the best strat.
Live and (hopefully) learn!

Your options are limited as a alpha since you can’t even equip a cloak on your heron.

Omegas usually work towards a interceptor that is interdictor nullified and sub 2 secound. They also don’t typically go for data sites only relic sites and only relic sites in certain areas like Sansha space that can drop intact armor plates.

Honestly, I don’t think there’s much left for you to do in the fitting department. Assuming you have maxed out evasive manuevering and spaceship command as an alpha, 1x T2 Inertial Stabilizer + 1x Restrained Inertial Stabilizer will get you a 3 second warp. However, it will also bloom your sig, which help camps to lock you faster. And a 2 second align is probably off the table. I mean, you might maybe be able to do it with rigs and implants, but your scanning and hacking skills are severely limited by alpha account status, so you’d have to lose your scanning rigs to do it. Which could further hurt your ability to run sites.

My best advice to you right now is to learn how to avoid camps in the first place. At the very least, use Eve Gatecamp check, and never warp gate to gate. At the very minimum, warp gate to celestial to gate so that you don’t get caught in the bubbles that gate camps like to put in between gates. Also note that gatecamps will also sometimes bubble the sun and planets that would otherwise make for good gate tacs. Thus, the safest method is to make your own unaligned safe bookmarks and your own gate tac bookmarks. If you keep going to the same region, it will be worth your time in the long run.

You also might consider going Omega and upgrading to an Astero. The ability to warp while cloaked makes traveling through nullsec a lot easier.

And check out Eve University’s article on bubbles if you want to know more about how those work. 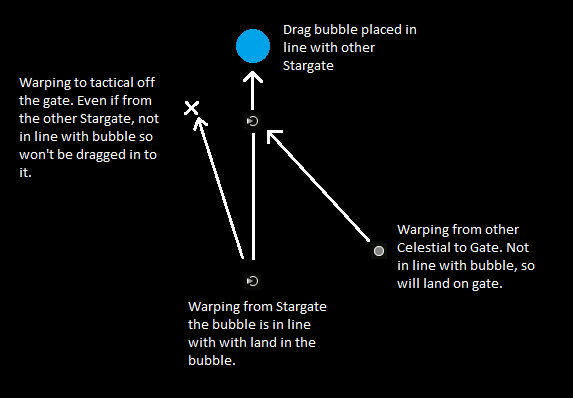