How Do You Haulers Do This?

I started the SoE arc “Bloodstained Stars” two days ago. To get there, I had to hop 32 systems from Sarum Prime to the agent.

I talked to players who do this as haulers on a regular basis, either as part of their corporation duties, or through the contracts from groups like “Red Frog” (I hope I got the name right). One player told me they do trips as long as 80 systems, sometimes even longer.

I really need to ask you haulers out there: how do you keep doing this without losing your mind? Do you chat with players while spamming the jump key? Do you turn on a stream from Deep Purple or Kal-El as your “space-truckin’” music? What keeps you focused and engaged at the keyboard?

Can’t wait to hear your suggestions because I have to go back to Sarum Prime soon but I’m not looking forward to the trip back.

how do you keep doing this without losing your mind?

The same way you do boring things in real life. My generation amuse themselves by talking with actual people ( AKA friends). The newer cohorts mine memes or surf TicTok and tag “friends” to try and stay relevant in the fantasy world of social media.

Try doing whichever one you are more comfortable with.

The same way you do boring things in real life.

I put them off for as long as possible until someone lights a fire under my seat (figuratively speaking). I’m not what you would call a proactive person.

The chatting with others while jumping is a good idea.

Outsourcing longer trips per contract or find a wormhole connection to shortcut. Else travel with a fast ship using an interceptor, or blockade runner. For the SoE I used a Corax back then for the first time, which is reasonable fast, years later for standing grind a hyperspatial rigged Svipul.

Other options to think about (later for general travel), Thera wormhole connections or the Pochven super highway. Details I let you figure out on your own.

I started the SoE arc “Bloodstained Stars” two days ago. To get there, I had to hop 32 systems from Sarum Prime to the agent.

Think about incursion runners. It’s usually common practice to “Travel Tank” The hull. and haul the bling modules for incursions separately. Usually on a Blocade runner or frigate. And let’s say some incursion runners aren’t blessed with 1k plex income or don’t have a second alt.

Let’s say the last incursion was somewhere in amarr space and the new spawn is in caldari with 50 jumps. We would haul the brick tanked hull. (50 jumps) Then go back to get the bling (50 more jumps) THEN go back to where the hull is (50 MORE jumps) Thats 150 jumps to move that much ISK in the safest possible manner. (We can use a jump clone to cut down 50 jumps, but it locks you out of the pod for 24hrs)

EVE is ALOT of planning/travel then actually making ISK/being productive. What keeps me going is I can chat. In various groups keeps me occupied. Maybe look at fits. I even played dota 2 games while hauling (it slows it down a little bit, however.) And there are implants/drugs/rigs/modules that can make the trip quicker.

A dark fantasy, mind you… at least for some.

–Gadget talks to dirt. Or to walls, or talks to ceilings. But dirt is closer.

I wish there was some option to always show the view ahead of me, when I am warping. Maybe there is. But it seems to end up all over the place, often showing the view to one side or behind. When I am warping I want to see what’s up ahead…not what I have left behind. Sure, you can rotate the view around…but it would be good if there was some ‘always view ahead when warping’ option.

This doesn’t apply to all ships, but many ships can fit for travel with the Improved Cloak and an MWD. Select shortest route and you’ll very often shorten the trip quite a bit and have only one lowsec system to cloaky/mwd through. Heck. If I’m in something juicy, I do that through Uedama and Sivala.

I have to say that hauling became more more interesting and enjoyable after the operation:

I really need to ask you haulers out there: how do you keep doing this without losing your mind?

probably they are very nervous and always looking out for gankers, even with escorts

This, is never a good idea. That’s going to get you ganked.

To the OP question. I use a hauler alt to move stuff to my main who’s in low sec.

I use either a blockade runner, in which I cloak for every jump, including those in high sec,

Or a blockade runner where I do the MWD cloak trick, every single jump including high sec.

That keeps me engaged enough to endure the tediousness of long haul assignments, and keeps my assets safer.

I guess the answer is this. Suck it up buttercup, if you want to haul, it’s boring. Just like mining.

Suck it up buttercup, if you want to haul, it’s boring. Just like mining.

Can’t disagree with that answer. I’m not really a hauler, just trying to endure long trips but as you said, I’ll have to “suck it up”.

I’ll ldo a bit of research on this microwarpdrive cloak trick you mentioned.

I’ll ldo a bit of research on this microwarpdrive cloak trick you mentioned.

Carry something very valuable. That’ll keep you on your toes.

This, is never a good idea. That’s going to get you ganked.

even in high sec people will risk it to suicide gank?

This is NOT to shame anyone, but to show @random_rick_junior that high sec ganking happens quite frequently. 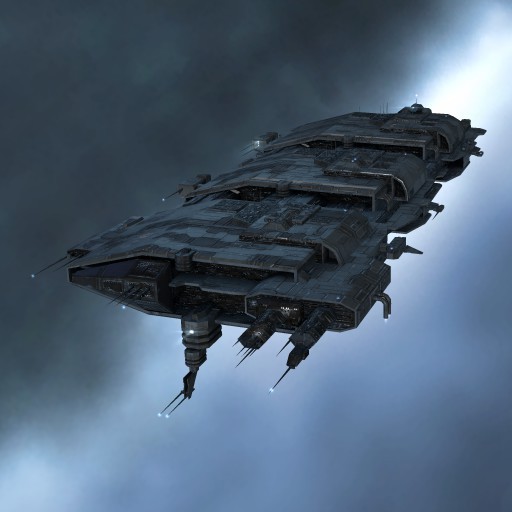 You’re trying to get me killed, aren’t you?