How to be a billionaire in eve

Its not hard being a billionaire in eve, there are many billionaires in eve.

All it takes is time. And time is all we got, remember eve is forever.

As far as i know the biggest isk payout was 1,4 bill per hour from 7 accounts doing lowsec incursions. Two carriers doing lvl 5 should be next and then
what i am talking about which is nullsec concord beacons.

Its up to three hours per char, payout on a 100% brm is 75 mill in bank 100 in wallet and a payout if successful ranging from 58 mill to 268 mill plus
drone mutaplasmids that can be as low as 2 mill up to 700. The payout is an npc-buy order 0,1 m3 pack and drone mutaplasmids which generally are a small fraction.

The very first days it was a gold rush, i still remember putting for sale under jita spot a mutaplasmid for 2,1 bill and having it sold in a manner of
5 seconds.

So matter in hand, i believe rev is the best to do concord beacons followed by moros/phoenix. I will be talking about moros. All these 3 dreads
are more than capable at running it, you even gain more bounty by throttling the site. That is keeping the last drone of the wave allive until
the next wave every now and then.

The general philoshophy is different than normal ratting, you dont go from small to large you go from large to small. DPS is high enough even for
a faction repper marauder but not a problem for a dread. However if you get jumped you will be neuted fast and you need to keep your cap over
60% while doing the site.If you go from small to large the cap needed is too much to keep at this level without at least going through many
cap boosters. So its better to go from large/high dps to smaller/lower dps.

The drones are weak to EM and kinetic. The infamous Tau cruiser which is the harder to kill orbits fast at 60 km and is weak to EM. Xi and Pi is
also weak to EM as is zeta and theta, sigma and omicron are weak to kinetic. All rats however have a EM hole on their shield.

Since the price of a moros is 3,5-4 it is worth it to bling it for a fraction of the cost to buy it.

This is the fit

I highly suggest investing in some good abyssals in there.

Regarding an alt fit 4 plasma smartbombs a point, faction web
and a TP on an armagedon to have some dps versus ab fitted hac’s.
not that any proper group wont get you, just so you score down some
kills.

Playing now, you get rats warp in, target and kill.
Just they have different resistances shield armor hull
much more dps and HP. You need a concord beacon in your
cargo which you right click and launch. You get a 4 minute
timer where you are locked in place and then it starts.
The xi drone orbits close fast as is the frigate. You will
need to apply both grappler and web especially to frigate.

Thats it, in no time at all you will be a billionaire.
For a small ingame donation of 150 mill i will let you
in a little secret too.

What in the quafe

How to be a billionaire in EVE:

Work 2 hours at McDonald’s
Save for

Thanks CCP for such unfair game General Discussion

I prefer my method: Guy does the work to collect stuff to sell later Guy brings loot to Jita Ganker kills hauler at Jita 4-4 I grab the loot and dock up I sell the loot … Profit 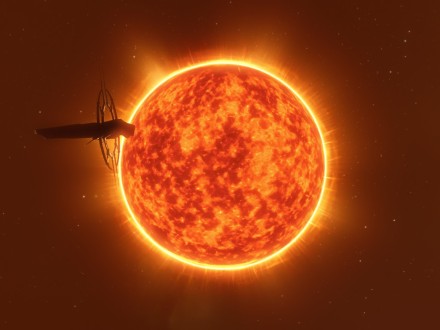 My top five highest ISK value loot grabs up to this date.

biggest isk payout was 1,4 bill per hour from 7 accounts

Faster if you buy Plex.

The more important question would be, what would you spend all these billions on? Because if all you want to do is PvE, you don’t need billions to do it.

Its not hard being a billionaire in eve

What would I want to be an isk-billionaire for? I get free ships from career agents, free modules from missions and free ammo from ratting. What more could I need in a pew-pew game?

That was my first time running a crab beacon. Fun fit!

To the people saying buy plex, the way i am describing follows the way its meant to be played this game and the risk vs reward mantra.

I’ve been playing EVE for 16 years, but I’m at the point to where I value my time more than my money. I’ll gladly shell out a few dollars for PLEX rather than grind for days on end…

Flying your wheel chair fleet to a freighter and then ejecting yourself from the wheel chair at the freighter trying to destroy it, is not work. Its a violation of the law against disabled people! So STOP!

Strategy: Hunt for harder escalations such as Sansha 6/10 (I have seen someone make 1.7 bil from that site).

Tell that to the gankers.

Though at Jita 4-4 it is usually a guy sitting on top of the station with a tornado popping haulers at least that was how it went before the new station model was implemented.