Every time I log into Eve, there is an update that is almost a Gig in size. Am I deleting something w/o knowing it and it has to be replaced every time? I live wayyyy back in the woods and we only have DSL available with a DL of 600 kb/s max. A gig can take anywhere from 1/2 to an entire hour to DL.

Is anybody else having this situation?

I don’t have the update but every day I start my launcher it needs to copy files. That is happening for a few weeks now and did not happen before.

I haven’t paid a lot of attention to how big the typical download is, but I’m relatively certain that it’s far less than a gig. So, unless you’re going a long time between logins, that makes me think that something might be messed up with your launcher.

And please come back and tell us how you managed to resolve this issue. Might help the next guy with the same problem. 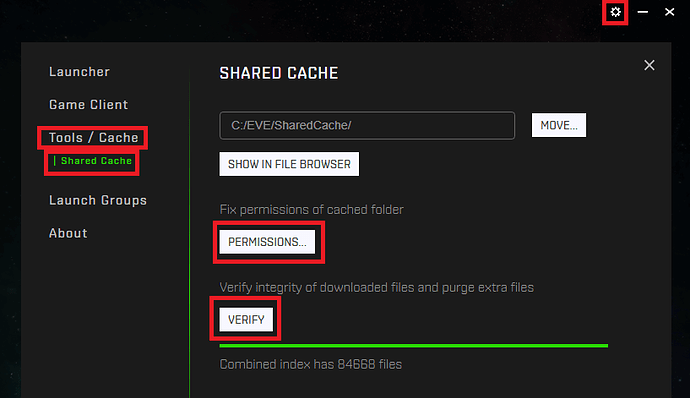 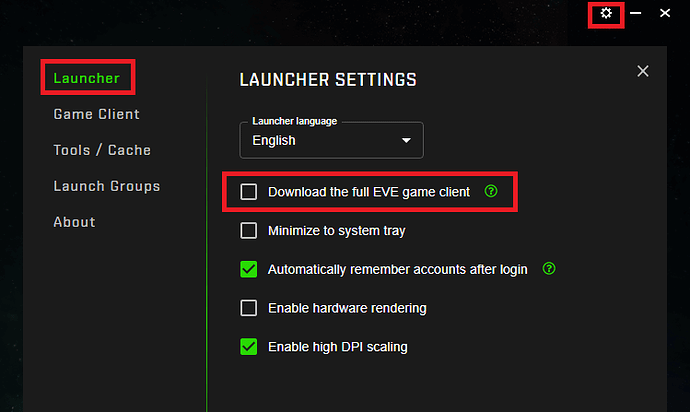 Yeah, I’ve been asking myself the same thing for weeks now.

Also last week the Launcher update that CCP informed us about erased my client settings on all 4 of my accounts 3 times within that week. I’m still re-doing the settings for each character.

600/kb is 600 kbs. Which is 75 KB/s. DSL in the United States is DSL1 or DSL+ maybe, but not DSL2. Anyway, the way that works is 1.5 is a 150 KB/s downstream connection. Which would mean you have a 6.0 DSL line, or in other words; the fastest DSL connection available using DSL+, because DSL2 out in Australia runs about as fast as a cable TV modem and some limited fiber optic T1 lines or a group of T1 lines maybe.

DSL2 is bloody fast, but isn’t as profitable I’m guessing (because it doesn’t really exist in the United States) better to rent the phone lines, and run it on DSL1 or DSL+. It’s a dying technology though I’m afraid, and the copper isn’t all the good of quality to begin with. Just another part of our infastructure problems in America or the lack of anything that isn’t highly profitable.

But they are dealing with that as it comes. Co-ops started where we pooled money to replace the infastructure, but unfortunately that just became another means of profit, and hence probably won’t actually acomplish good infastructure in America; cause profit is more important you see.

Eve Online is from 2003, and I’d say the launcher is from before then, because it’s never actually worked properly; never. My experience with that and DSL connections is that the increased length of download inheritly increases systemic data loss from point to point; it’s less likey with hard wire, but the thing is that hard wire has to perform for a prolonged amount of time. Large downloads at this speed are problematic because of that, and many use a special 3rd party program to download stuff like that when it’s just a couple of GB.

kb is kilobit, it’s 8,000 bits. KB is kilobyte or kilobit x 8. Each bit is a 1 or 0, and bytes are 8 bits combined. This is helpful to know when measuring DSL connections because they often will mask the speed by our own easily confused situation. Easily rectified, and it’s important to know about for network administration on your gaming PC. Hard wired PC gaming rigs are for playing online shooters with low ping, and DSL gets us into the door; which is good.

Eve Online is also really good with DSL, but at the cost of a multithreaded download of very large file size, which is bad. You might be able to run a 4 thread download, but on the CCP side they save buckets of money by running a 12 or 24 thread download, and that’s how things get messy.

It’s not just Eve Online. Games downloading this way of large file size; without a suitable file transfer infastructure that also is a very well developed software; which is required for it to actually work; will often need a special way to download the game or a way to download the old fasioned way for lack of a better term.

CCP used to offer a single link download of the entire game. I’m not sure where we would find it, but maybe from trying to get the game from the web-page it mentions downloading the entire game. That would be the best way, but I’ve never actually gotten it to work, because something will cause it to fail which isn’t related to data loss and large file size or multithreaded downloads.

On the other hand; the heuristic way works. In this you get your launcher, set it to download the whole game, and run it over a few days if nessesary. Only way I know to fix the launcher continuously churning a download, is to remove Eve Online by un-installing it; then starting the process over. Sometimes I’ve had to install the game 3 times before it rectified, but at least when you un-install the game then go to install the game again with the Download The Whole Game setting in the launcher selected; that will work, and Eve will work.

The problem is that you want to play Eve, but it’s stuck churning a continous download that will never finish. Meanwhile you want to play Eve really bad; because that’s how it works. So you either sit and wait for CCP support to get around to answering support messages; which is impossible after any update, and that’s when the churning starts (because of a update); or you go rogue and start the process over by wiping the game and any associated data off your terminal, only to start over now or two weeks from now for example. Meanwhile since you just got borked by CCP & Eve Online; go play something else until you get a chance to install the game again from scratch.

Kind of messed up isn’t it?

You had to reply to this 2 months later why??