I wish I-RED luck in their operations in the militia. Though my influence has waned within the militia, should they require any assistance, I invite their leadership to reach out to my organization, and we will do what we can. 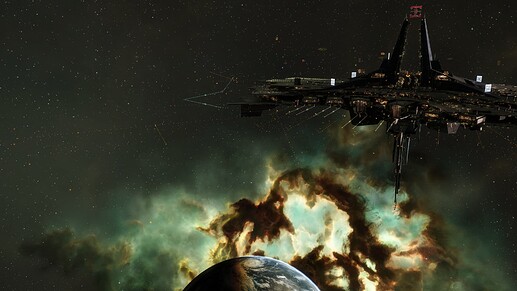 Intaki, Placid - Following a meeting of executive member from various branches of the Enforcement Directive Board of Directors, investors with interests within the Viriette constellation were informed of a change in focus regarding the Ishukone-Raata Viriette Commerce Expansion Zone. An initiative which saw the organization officially enter the CEWPA warzone in late July.

“Between Federal systems falling to Caldari occupation at a increased rate, the Combine TNR Colonial development claim over the Intaki System, and unwarranted PKN aggression. The board see the increasing need to adapt accordingly with this dynamic situation.”, read the board’s official release. “It is our wish to remain in step with our colleagues, and partners within the Tiuunakama Nenkanavu Rymasaikkan. While staying true to our decade-long commitment to the safety, prosperity and stability of the Intaki system.”

Alexandre Hinkelmann, the Executor of I-RED, issued a conclusive list of changes to the project. Highlighting the need to coordinate an end to the conflict within the Intaki system through diplomatic means by “opening diplomatic talks with prominent Enlisted Federal Defence Forces, in an attempt to lobby members of the Senate, Assembly, and Executive Panel as a unified voice.”

Executives within I-RED have also adjusted the bounds in which paramilitary forces under the Ishukone-Raata security directive can operate, specifically toward PKN aligned forces inside the Combine TNR development claim.

Some of these have already proven to be controversial, such as the creation of a vaguely defined “Intaki Integrity Task-Force” with sole objective to intercept any suspected PKN craft within the Intaki system. The main point of contention looks to be focused on the newly anchored Onuoto Eskeitan Station, more commonly known as the Intaki TNR Colonial Monitoring Facility, which is now in orbit of Intaki Prime.

Many of these drastic changes appear to be attempts to further solidify efforts to hinder any attempts at another PKN incursion into the area. It is unclear as to the degree of success they’ll see at this time. 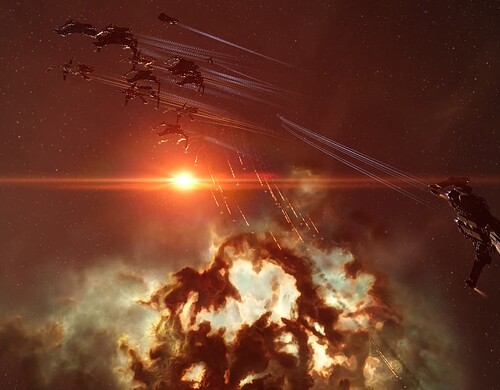 Intaki, Placid - Earlier this month negotiations were concluded, detailing the wide reaching cooperative measures between the Ishukone-Raata Enforcement Directive and their newfound partners among the Rezeki-Osmon affiliate organization regarding their mutual Intaki interests.

Since conclusion of these negotiations, members of the Directive have admitted to meeting several more times in a effort to further solidify and ultimately form a TNR Capsuleer Interest Group. Making way for the formation of a official economic and security coalition force.

“This Coalition will not only focus on the mutual interests of member groups within the Intaki solar system, but TNR interests in Placid as a whole.” Alexandre Hinkelmann stated “In doing so, our aim is to prove to the interstellar business community that the State is more then capable of ensuring continued economic growth, stability, and security within controlled Placid systems.”

During the security outline segment of the closed door conference, Shiran Mazaki stated the name of the new coalition (consisting of both the Ishuk-Raata [I-RED] and State Public [SPD]) would be known as the Placid Economic Security Commission or PLESCO.

When inquiries were made about the SCOPE reports of pirate and smuggling issues under State occupied systems Mazaki claimed “Unfounded, that’s what these claims are.” but also admitted to Federation aligned privateers disrupting trade in Ostingele, and went on to cite several successful police actions to keep the trade lanes clear.

While criticism is expected to be drawn from Federal opponents, many supporters recall the past anti-pirate actions persisted by the Ishukone-Raata Enforcement Directive during YC114-116 and expect positive development in the region. Especially with their allied forces in the State Public Defenders.

Agoze, Placid - The last bastion of the Placid Economic Security Commission rests in a relative stable state, after the Caldari States grip on the Placid region crumbled under the weight of the renewed efforts of the Federal Defense Union.

In recent weeks PLESCO has renewed an offensive in the Viriette constellation against the privateer organization under the FDU banner, known as Cruisers Crew, conducting relentless attacks against space-borne structures under their control. While reports have shown that little ground has been made by either side when it comes to the stations themselves, recent fleet engagements have proven disastrous for joint-FDU operations in the constellation. All of which has resulted in a estimated loss of 31 billion ISK to FDU forces since the beginning of this offensive, the loss of a FDU operated construction facility in the Pain system, compared to the 5.2 billion ISK loss of PLESCO Assets - which includes the destruction of the SPD Agoze HQ. 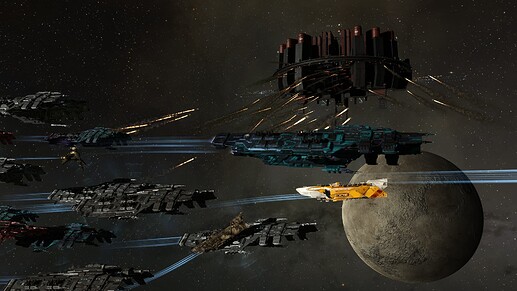 With the conflict raging on, news of the addition of the Ishukone-aligned Tereven Security Corporation into the Placid Commission as quickly become widespread. While some continue criticized this move as an effort to further solidify the TNR interests and influence over the State Protectorate, many welcome the change over the fractured state of the Protectorate we’ve seen in the past.

Does I-RCN have any comments regarding the Federal non-capsuleer fleets forming “gatecamps” in the rear guard areas of the Gallente warzone?

As these are ongoing developments, I-RCN is currently looking into them. Given the recent political upheavals, however, these fleets seem to be a direct response.