Update: I’ve added in a couple compare/contrast images comparing Old UI vs. Photon. This is mainly to illustrate the differences in size of font, amount of padding between rows, and general oversized feel of Photon compared to the old UI. Newer text/photo content will be prefaced with a *

To start off with, screen real estate is very important and the photon UI wastes more space than the old UI. The vertical spacing between rows is huge and the spacing around window headers is huge. Compact mode doesn’t help at in this regard. It can be reduced by at least 60%.

*In the photo below, it is easy to see how having smaller space in the header contributes to a less bulky look. The font is smaller but not harder to read.

Next is the fleet management window. The three things this window is for is to import fits, export fits, and look at fits. Why is the import and export fit buttons hidden behind a sandwich menu? The old UI had those buttons right at the bottom within easy reach. There is even room in Photon to put them out again. It is unnecessary and annoying to have to click open another menu to get at the main functions of the window.

Speaking of sandwich menus within widows, why are the least used options right at the top? Take the fitting window as an example. When I click open the sandwich, the options which I use the most (import and export) are below three different settings that I will only use once when first setting up my customization. This goes for many other windows.

As I stated at the start of this thread, screen real estate is prime. I like to see the entire grid when I fight without any unnecessary screens or windows in the way. So when I get into a fight, I like to double click all the headers of chat and utility boxes to minimize the size but keep them within easy reach.

There are some windows where it is impossible to do this, like the fleet window. The old UI allowed me to keep the fleet window very narrow. Photon on the other hand forces me to either keep it always open or close it down entirely. In order for me to perform the same double click header action and close it, the fleet window needs to be huge. The red space below is the very minimum amount needed to be able to click the header to minimize it.

Now compare that to what I would prefer. There isn’t a single space at this size where I can click this away without closing the window entirely. *In order to minimize it, I have to drag the window out long, minimize it, then drag it back to the desired size. 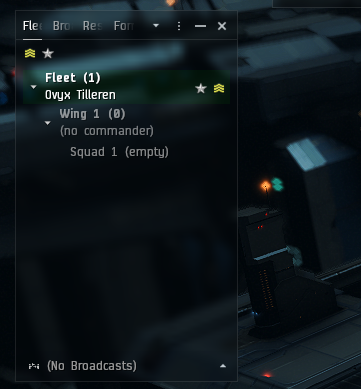 *Below are two screenshots of the fully open and header minimized fleet window (this is how I like it when I’m in a fight). 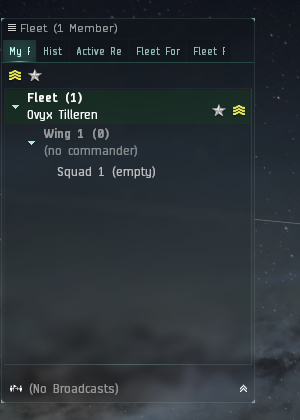 *I would like to add in some thoughts on the selector window and the probe scanner window. First, I do think that both the old and new UI wastes space; more so with the photon, however. The whole point of the selector window it to select and easily choose an option. In the size I like it to be at, photon does it noticeably worse than the old UI. I do like that you can get the photon UI window much smaller but at the cost of making the selector buttons almost unusable in a fast a paced fight due to the extremely small size.

First screenshot below will be of the photon UI, then the old UI will follow. The red indicates how much space seems to be wasted that can be used to increase the buttons to a more usable size. 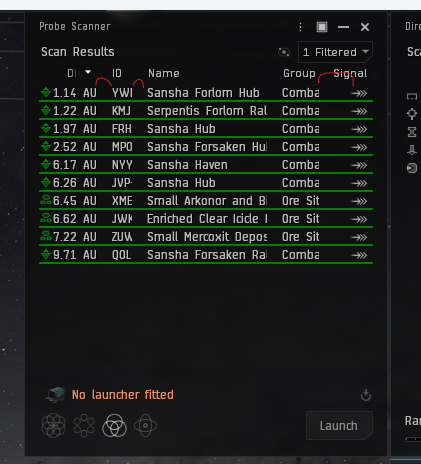 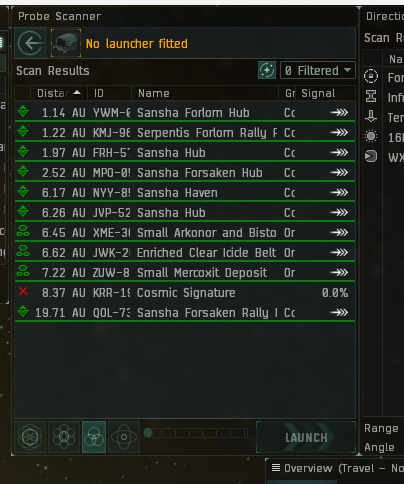 The new UI is fine.

It would be very difficult to misunderstand your observations.

I really wish that the new UI was fine.

Very difficult to overlook these simple downgrades that represent a step backwards in usability and that could so easily be integrated and instead represent a leap forward.

I disagree, which is why I made this post. There are some usability and readability issues that worsen my game play.

Thank you for sharing your thoughts Ovyx.

I agree, those import/export options in the fitting management window should definitely be moved out of that menu back into the window.

You also make a good point about the difficulty of collapsing windows that have tabs in the header. You can actually click in-between the individual tabs as well, but that’s a rather small click target. I’m going to see if we can’t come up with something to help with this situation, maybe add an option to collapse the window from the window control menu.

I’d love to hear any other specific suggestions or feedback you may have.

Wait was there a change? I kind of just got back December and was too busy moving stuff to pay attention to things. Most of my settings are on default so I wouldn’t know unless it was a really big change

First and foremost, we want to thank you for all the amazing feedback these last few months. With your help, we feel confident that Photon is an improvement across the board! Using our new technology, and following your feedback, we were able to add features like anomaly lists and multiple overviews, while improving and unifying the user interface.

You remain publicly blasé about the host of criticisms about the new UI, and still fail to address too many of the fundamental areas, listed ad nauseam, where it is a retrograde step from the current UI.

As discussed on our Producer’s Letter livestream, starting February 14th, Photon will no longer be in Beta, and will fully take over replacing the previous UI. This will allow our teams put more of a focus on adding features to Photon which would otherwise not be possible with its predecessor, while still continuing implementing further improvements and fixes and incorporating your great feedback.

What features that could not otherwise be possible? How does the current UI impeded work on Photon? And given your track record is so appalling on actually “incorporating your great feedback”, why should anyone believe you?

Please, for the sake of your credibility, give one concrete example of where the old UI stops a new feature.

We’re excited to be taking this next step in the Photon journey with you!

Sadly, the next step (backwards) on the Photon journey may be a further diminution in your paying player base. I will certainly have to think long and hard about renewing my subscription if you insist on taking away a perfectly good UI and replacing it with this unworkable mess that sadly seems to have been designed by a five year old with crayons.

You boast about 91% of players using Photon. What happens if you strip out new accounts where new players do not know about the old? How many accounts of, say, more than a year old, use Photon vs the old UI? That should be instructive, as it will tell you what your established playerbase thinks… the ones who actually know how to play the game and know what they want from a UI.

ccp is living in their own world. they will never be able to go any further.

I was tempted to make a comment about choosing Valentine’s Day to force this on us, a move sadly typical of deluded abusers who think they are in a loving relationship and are making a grand gesture but actually treat their partners with tin-eared contempt.

Thank you for taking the time to read this post. I added in a few more photos comparing Photon to the old UI (specifically window header space and the fleet window) and couple more topics regarding the selector window and the probe window.

Genuinely just replace the minimize button with a button that closes to header.

In anything but a chat window the difference between minimize to the toolbar (that it’s probably already on) vs close window is functionally nil. The windows remember their sizing and such when closed.

It’s not even easier to find since the minimized icons are different.

You boast about 91% of players using Photon. What happens if you strip out new accounts where new players do not know about the old? How many accounts of, say, more than a year old, use Photon vs the old UI? That should be instructive, as it will tell you what your established playerbase thinks… the ones who actually know how to play the game and know what they want from a UI.

I’m pretty sure they’re not just using new accounts to come up with that figure, but all accounts that logged into the game and didn’t change the UI setting, which would include every single account that was made by someone who played the game for 30 seconds and then uninstalled it.

Out of everyone I know who actually plays the game, maybe like…two people use the new UI.

Out of everyone I know who actually plays the game, maybe like…two people use the new UI.

And all that Brisk has to say to this is “lol, no”.

But this is the modern CCP. You will have to live with bad compromises when they force their development babies down your throat.

People keep saying that Photon makes things easier, better to read, to use, but I don’t see a single instance where Photon has done that. These people also fail to provide examples, typically.

What features that could not otherwise be possible? How does the current UI impeded work on Photon?

Not to mention that they shouldn’t put so much emphasis on “new features” when the existing features of Photon are buggy, glitchy, faulty, making things harder to use, and are still, even with all things compacted, a bigger waste of space. CCP should first fix the hundreds of issues still present in Photon before they introduce more features that build upon a faulty, glitchy, buggy foundation.