I thought this kind of hegemony was illegal

Tombs confine dry bones, Dryson; fertile ideas have a life and energy all their own.

We have Princess Aiko now; do keep up.

We have Princess Aiko now; do keep up.

Where is she, it’s like she’s been gagged This last week or two, lovely

And your comment referencing Somali pirates gave me a great idea. I wonder if they are the same idea.

Hi Githany, Her Royal Highness The Princess Aiko is busy elsewhere, dealing with matters of State.

Alas, a presence in these forums suggests to some a life filled with purpose - which we know is seldom the case. She contributes when her duties permit.

Hmm its a bit sus.

No one talks for the Peapole’s Princess but herself usually.

Can you ask her who her favourite Beatle is so we know its her, please?

Everyone knows that it’s Scarabaeus satyrus. Ask something that only the princess would know, like what James315’s… you know what, never mind.

“ehi guys, i am a bored ISD and i need to make other people bored with me so i don’t feel alone”

I don’t speak for the Princess, Ramona, I’m just a slightly faded acolyte; a Royal-watcher, if you will.
As for the Fab Four, why not drop her a mail? she’s bound to read it at some point.

Oh just wondered if you had the Royal ear.

nah, he does that all by himself every monday night When he does slow streaming on twitch…

Ringo is the correct answer.

Hmm its a bit sus.

No one talks for the Peapole’s Princess but herself usually.

It is sus , Princess Dorothy aka the Bandit princess aka @Aiko_Danuja is missing and safety is doomed, has anyone looked in Hek
What’s with that place of late

Anyway I have now summons her, we can all find out about her beetle fetish now

I think you have to say her name three times like Beetlejuice, Bloody Mary, or the Candyman.

Or she has a forum ban , that would make my day, .

Hopefully, it’s worth your while. The activity varies from day to day. But, I will be there

To those interested, we are doing a Grand Opening event for our first structure.

Greetings and Salutations, I am happy to announce that the Hek Mining Association has finally established its first structure, the HMA Regional Headquarters. If you’re not familiar with our organization (which seems likely) we are a public mining/ganking fleet that operates out of Hek. We’re not terribly good but we have fun doing it. In order to commemorate this momentous occasion we will be throwing a grand opening bash on 10/22 between 1630 and 1800. Raffles, contests, and general fuckery t… 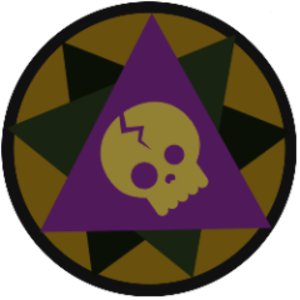 This is the kind of sandbox/player made content that I remember from SWG when it was running.

I miss SWG. People accused me of war crimes because I murdered people healing in the hospital with TEF flags. Good times, good times.