Is ice going to spawn? Ice has not spawned since server reset in the system we mine ice in.

Is ice going to spawn? Ice has not spawned since server reset in the system we mine ice in.

Isn’t it 4h after the last spawn?

Since it has been 2 hours since downtime, you have at most 2 more hours to go.

Ice belts disappear when mined out and will respawn 4 hours later. The timer remains active through downtime from when they were depleted. Ice belts don’t respawn immediately after downtime. Also since ice belts are a type of Cosmic Anomaly, they will be located in a different location within that system every time they spawn.

I know that was the case, but I seem to recall logging in after downtime recently and not seeing the belt up although I won’t swear to it.

Perhaps something has changed then. If it isn’t up in 4 hours I would file a bug report.

Interventions. Now where did that economist CCP had go, hm. Ah yes.

People have been posting a lot about ice belts not spawning like they used too. Is it possible the mechanics got a bit of randomness to them?

When I mined ice, there was always a mad rush to clear the field before downtime so you got a fresh spawn when the servers came back up. Other than that, it was reliably 4 hours after depletion. That was several years ago and things may have changed .

The Ice Spawn mechanics are utterly retarded, and practically begging to be botted.

Not only do they not require probing, the systems are set, and so is the re-spawn.

Did it respawn after 4 hours windows?

Everything is. Thats the point of a bot program and the nature of MMOs.

If we put up a capture every 30 seconds where you had to scroll through pictures and click the one with the dog in it, for example, that would get rid of bots, but it would also break immersion. Its one or the other.

There are better ways to do this, such that the minigames are intuituve to EVE, utilize the clients potential (unlike browsers), and only occur to players whom exceed thresholds that may indicate botting, at a moderate rate of say 1/hr.

Captures are designed to prevent bots by making them intentionally blurry and the likes. People have created bot programs for project discovery, for example.

There are really only two methods of preventing bots. Over complicated inputs, or intuition and subjective interpretation based recognition. They also need to be frequent enough to actually hinder the bots. Once an hour isnt that frequent. It will only make the bot dock for 5 minutes every hour to avoid it.

It will only make the bot dock for 5 minutes every hour to avoid it.

Almost got me.
But.

Docking wont reset the flag/timer for bot tests, as based on hours per day active in EVE.

Almost got me.
But.

Docking wont reset the flag/timer for bot tests, as based on hours per day active in EVE.

So im afk in a station and decide to mine, and am hit with the popup in the first 10 seconds?

Also, i did get you. There are relic and data hacking bots already. How complicated do you think you can make the minigame before people complain about how frustrating it is to keep failing and not being able to play the game?

There are relic and data hacking bots already.

You have evidence/proof of this? 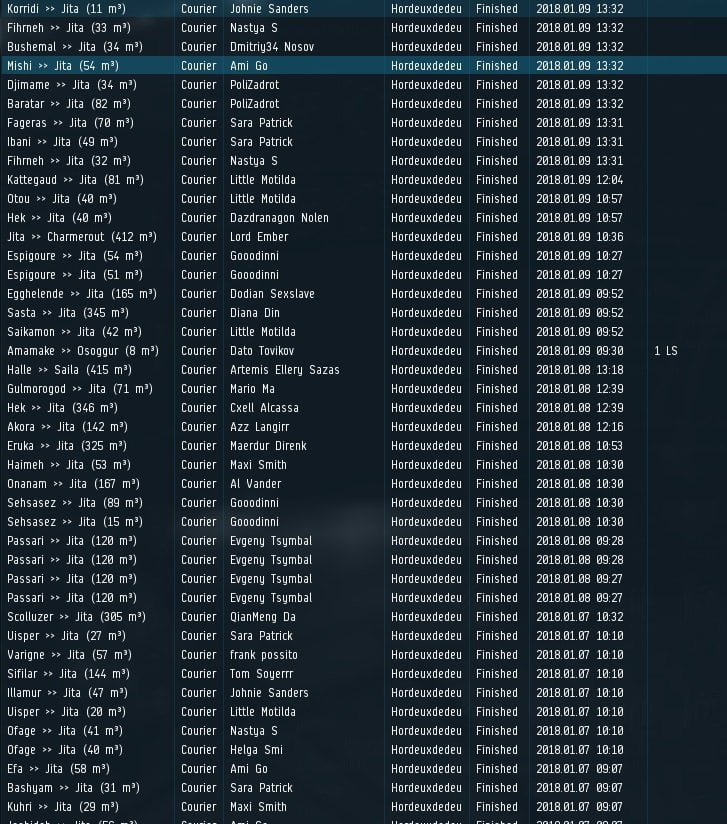 it was done for sure … actually because of them i found sanderling :)) so they do: make a travel of 40 systems in astero, they save the bookmarks in every system before start boting. they cloak right after they jump in system. (scan?) on the...

Thanks.
Il read these tomorrow as to how they match up against a minigame bot test system in EVE.

There are things that humans do extremely well and computers very poorly - at least for now. Pattern recognition is an example that can complicate life for bots, particularly if you encrypt the client data so they need to visually interpret the screen, which can display information in a format that’s easy for a human to interpret but difficult for a machine. You don’t need to make the bots impossible, it’s sufficient to make them unprofitable.