I'm about this close to cancelling my sub: | |

I unsubbed last night. I realized this is a game for lonely people that are trying to convince themselves they are having fun.

Maybe it was fun back in the day… but now its a place for fat losers to park and bark at.

Cool, you are a stud. Can I have your stuff?

that describes your alliance, not the game as a whole. 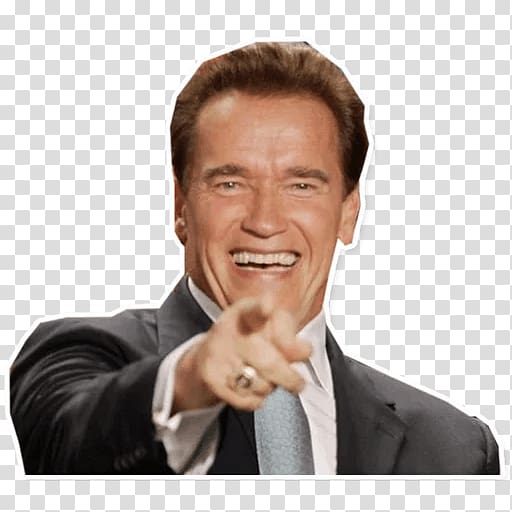 Majority of my time has been solo. But MMOs aren’t meant to be solo. To this day I’m still solo, but now indirectly helping other pilots. There are times I’ve unsubbed, and taken breaks but sometimes it’s needed.

Probably you should be a bit more profound than just deleting, just in case.

Weird Al suggests the following:
“Turn off your computer and make sure it powers down
Drop it in a 43-foot hole in the ground
Bury it completely, rocks and boulders should be fine
Then burn all the clothes you may have worn any time you were online.”

Have a nice life!

I canceled my subscription yesterday. Today I also made a permanent data deletion request.

Wait…so you found your solo experience less than optimal in this MMO? Huh…who coulda imagined…
Actually, it is quite possible to have fun solo in this game - many have - but it is an mmo, after all…

I played this game only casually to relax…

I have often wondered if people look into a game before trying it based on how often people say something similar to this…
EvE is relaxing in the same sort of way playing sport can be relaxing after a hard day. EvE can be “relaxing” in a just-chilling-here-nothing-much-happening if you set your situation up for that.

This game is very unfriendly for solo players and beginners.

Solo…yeah…covered previously… Beginners? Yes - that separates out the players who don’t want to stay. Works the same as a hazing/sorting process does in many areas of human society. It is actually easier now to start EvE than it has ever been and CCP intends to make it easier even in the coming year…

I’m done with it…

As you wish. Thanks for trying EvE. If people like you weren’t willing to try there wouldn’t be some that stay. There is no shame in trying a game and deciding it’s not what you want, so vitriol towards that game really isn’t needed to make that decision.

I hope you find a game you like. There are many single-player games out there, perhaps one of those might interest you?

You are proving my point.

We used to actively wardec corps like SiCo, because we knew they drove new players from the game. Now, CCP has disabled that feature so…

Maybe I will give it one more shot. I was hoping joining a Corp would make the game better… but when I joined SiCo they dont respond to most of my questions until I start to just say ■■■■ it and spam their chat channel to get their ■■■■■■■ attention.

Firstly, EvE is an unforgiving game. Now that’s put of the way, let’s look at what you can do to avoid stuff like this.

Ok so you’re mining in a venture. Your a newbro & need ISK to move on… believe me I know. I was you once.

You are never safe in eve. Highsec, lowsec, null & even docked up. When you come to terms with This, you will become a better pilot.

So train you shield skills, Navigation skills & Engineering skills. If you are mining a belt orbit what you are mining. An after burner should suffice. Ad a small shield booster & a shield extender. Never sit still unless you have the tank to do so.

Secondly consider mining in another system. EvE is massive… use it.

Train drones skills. This will help you a lot. Don’t use mining drones, you want to kill the npc’s.

Starting out can be hard. Don’t forget you can train frigates & destroyers & run missions. Also consider mining in a highsec 1.0 system. There will be no npc’s. Also if subbed you can train industrial ships to haul off to market.

It will get easier trust me. You will loose ships along the way, but you may also kill a lot yourself.

Don’t be afraid of the dark.

Join a good corp or at least a decent one and before you do make sure you talk to the recruiter or whatever contact person and ask if they teach new players how to play the game and if you join and they don’t then don’t be afraid to leave them behind immediately as needed. Once you are in a proper corp your gaming experience will improve over 9K %.

In the meantime you can check my guide for the basics:

I have a main… (I guess I have many) in SICO. God Emperor Kane is the name.

Reach out if you have any questions, I try to answer as I see them but I am not there during all the timezones

I still have my doubts about Sico in general but there are honestly people there that really want to help new players. And not just hide their pimp mobiles behind a undeccable corp.

Joining the right corp for you is most likely the second most difficult thing in EvE, after deciding on your long term goal in the game. But there’s plenty of groups out there that welcome new blood into the fold, perhaps with a little bit of good-natured shits&giggles, all part of breaking in the new recruit, you know. Keep trying to find the right people, ask vets how to avoid the common pitfalls and you’ll be fine and start loving the game and the important part of its community.

canceled my subscription yesterday. Today I also made a permanent data deletion request.
I’m tired of people preventing a solo player to have some fun in the game. It’s also very hard to make back the losses without your credit card. I’m willing to pay for the gametime, but not for the ISK.

I don’t understand this at all. I subbed about 6 months ago and have relatively few issues. Sure, I’ve been ganked a couple times by CODE, I’ve warped to 0 in a belt loaded with big rats and died. Eve rewards perseverance and experience…not entitlement. I don’t do PVP, but I recognize that Eve is a PVP game primarily. Stay out of the big bad guys’ way…running isn’t cowardice–in fact, I derive great joy in escaping the gank squads.

The problem with mining is that it’s “zen”…which means you lose focus and forget to d-scan (I won’t even touch afk mining fleets) and check local. My CODE ganks were mainly due to my lack of attention-I should have easily gotten away but was zoned out.

Sorry to side with the snarky insulters, but maybe Eve isn’t your thing. I would suggest that you listen to the good advice given here, take a deep breath, and try again.

You constantly go into lowsec knowing full well that it is not a place you into prepared to loose a ship and cancel a sub because you do not like that? And your angry because 1 solo players could not beat 7 lowsec campers.

What did you expect?

Well I guess good luck to you then. If people choose to play solo they need to understand traveling to certain parts of space make living in eve a lot harder. Once you learn what you are capable of doing as a Solo player you will structure your EVE career around that.