First off, I hate posting in forums, but this is something that developers could (and should) look at; simply a “Quality of Life” suggestion for the social interactions in-game.

My case: I got to know this one player, got to be “friends” for a while, and suddenly they got angry/salty at me somehow. I decide to go ahead and block and remove from contacts said player, because I can’t be bothered to pay any further attention at them. Luckily, said player does not fly on the same systems I do, and it’s not part of the areas I roam; so far, so good. Now for the bad part is that player still used channels I liked to idle/chat on, but the “block” feature should take care of it, right? No it did not, because this player found a way to keep being an annoyance and somehow circumvent the block on them: By spamming 0.10 ISK donations. Seriously, like a hudred of donations just to be annoying and because they know I have blocked them.

Now as for the suggestion I opened the topic with: Extend the block of a character to also not being able to donate ISK to the person that blocked them. I understand this might not be easy because of how the in-game market works, but should not be difficult to just isolate and prevent only isk donations to a player if they’re blocked.

So far, I’ve done everything I can under my power to prevent any preventable interaction with this player in-game, even blocked them from Discord, Twitch and Steam, but they still find a way to be annoying. After taking the steps I deemed necessary to report this player and not having it solved, I decided to post here to suggest something to prevent further harassment from happening to me, and maybe other people by this kind of immature/childish players.

P.S.: Yes, I have “Supressed” the notifications from happening if they’re under a certain amount, that doesn’t prevent this player from spam-donating me 0.10 ISK 300 times in a day.

All you can do is log a ticket under game play support > offensive behaviour and harrassment put as much info as you can down and let CCP deal with it, nothing you say here will faciliate that person going away.

I did that 3 times already. Short story is: They can’t be bothered and there’s “nothing” they can do. So yeah, that’s a way to harass a player and not be punished for it.

I did that 3 times already.

Well, if he is experiencing harassment and CCP refuses to act saying there is “nothing” they can do about it despite this being a real violation (if the OP is truthful) of the EULA they wrote, I don’t see what else he can do but raise a public stink and ask someone else at CCP to look at the situation again.

The forums are a good start, but I would suggest you’ll poke the bee hive more with a Reddit post. Avoid doxxing the other dude (or sharing GM messages as even if they claim that isn’t against the rules, and never was, they still seem sensitive about it), but lay out your case in clear, unemotional detail and ask the Reddit community what to do. That’ll be more likely to be noticed by those that should be policing such bad in-game behaviour if you want to keep going the shame CCP route.

CCP is unlikely to be able to police the out-of-game communication channels, or even want to, but they should definitely respond to a player evading the block feature, constantly, and over a prolonged period, disrupting your enjoyment of the game. In the meantime though, or if CCP continues to ignore you, can’t you just turn of the notifications for your wallet? 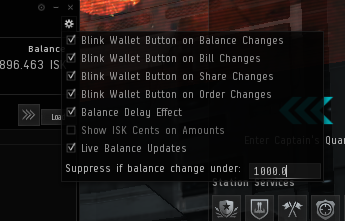 I’m not sure if that is the only way they are evading the block, but it might help.

Well, one and two times were not enough since I was met with a canned response and the “if this happens again, let us know” bit. Since it happened, I created a follow-up and a follow-up for that one, making it a chain. It was until I explicitly asked if they were going to do something when I got faced with the negative and decided to stop wasting my time in the “official” channel.

The support requests were sent to report when it started and to report the repeating offender since I was never told it was a “Oh yes, there’s nothing we can do” case.

Well, if he is experiencing harassment and CCP refuses to act saying there is “nothing” they can do about it despite this being a real violation (if the OP is truthful) of the EULA they wrote, I don’t see what else he can do but raise a public stink and ask someone else at CCP to look at the situation again.

I’m not sure if that is the only way they are evading the block, but it might help.

I read your message and appreciate the concern and advise. I dislike posting in reddit even more than posting on in-game forums (because effort) but I guess I will have to take the time to do it. Most I’d find is a “man the **** up” and/or downvotes. Like I did here, I won’t reveal information about the other player, since it makes no difference and will make me look as bad as the other party.

However I’m quite sure they will also tell me to disable the wallet notifications, which I already did (I actually did it before the actual harassment begun because I jumped clones too often and that 0 ISK update triggered me). That doesn’t prevent the hundreds of spam donations to keep appearing on the wallet story, and that is what I actually want to avoid.

Thanks for the input as minimal, useful or sarcastic. See you on reddit, I guess.