CCP have issues with,

To tackle they have introduced,

All of the solutions disproportiently harm newer, more casual & space poorer players who are less able to adapt.

Why is the one organic & natural irl downward force on power & wealth missing from eve online?

Why has CCP not introduced maintenance costs for assets, in particular super capital vessels? A daily isk sink or depletion of fuel bay should be required for these ships regardless of their docked status ect,

You make this suggestion without thinking that even if CCP did it, the first people to be penalised by it would be people now having to upkeep their Lvl3 mission Caracals.

My fiat punto is cheaper to run than my neighbours Ferrari.

His wealth has greater downwards pressure than my own. Albeit not as much as his capital likely gains.

THats super, he must be richer and can more easily afford to maintain it.

As well as probably a second car he actual drives to work.

Right, but it costs more than 5% to maintain a ferrari & since this is a game ccp can introduce limits ie limiting up keep only to capitals.

You know thats not how theyd do it.

The only solution that makes sense: Remove Capitals.

Btw I am not suggesting we introduce breakage chance fron experience in a competitive online game this is badly frustrating but maintenance could be great in a casual sandbox like eve.

A new type of rogue drone, a sentient parasite that targets capital ships everywhere, that is almost impossible to kill even with an entire armada of caps, subacps and fighters/drones; that upon reaching the capital enters it then ejects the piloting capsuleer’s pod then takes over the ship, infects it in 30 seconds then warps into deadspace then jumps off system through a rogue drone spatial rift.

While doing this it posts in local:

Somewhere between this & space wd40 for capitals please. A good base would be 10% pcm on the value of each capital hull. Hull is gubbed till all balance is paid.

Melt return is unaffected, encouraging not utilised capitals to be melted.

I am multi capital owner. Please downward pressure me.

I wanted that few years ago. Nobody was there to listen then.

Real time puts disproportional pressure on people who have less time to play, as they would be required to devote much more of their playtime to the upkeep of their capital ship than someone who plays daily. If you want people who play daily to feel pressure from your capital upkeep, this would make it impossible for someone who plays a couple of hours a month to maintain a capital ship even though they pay for the same game and have spent as much playtime as other players to buy that ship. Real-time upkeep puts disproportional pressure on people with less playtime.

Thus, real-time based payments are out.

Next, time-played upkeep costs. Would it be based on character logged in time?

In this case you’re severely punishing main characters that can also fly a capital ship, but spend a lot of time logged in not flying caps. You would force every capital pilot to be an alt for monetary reasons. I sure would be incredibly annoyed that I cannot use my fax alt for Porpoise boosting anymore when the extra upkeep payments for logging in that alt negate the profit of having a Porpoise in space. Punishing a pilot for being logged in just because they have a capital ship is disproportional for people who use characters for more than just flying that capital ship.

Thus, played-time payments are out.

How can CCP easily track time spent inside a capital ship? I have an idea: capital ships move around when they’re used. Most often, they make use of their capital jump drives to do so.

Maybe CCP could put an upkeep tax on capital movement? Something like a travel tax?

To tackle they have introduced,

All of the solutions disproportiently harm newer, more casual & space poorer players who are less able to adapt.

You’re going to have to explain this one to me, because I’m not tracking.

Honestly, I could go on (i.e. how do you handle tournament ships?), but hopefully, people get my point. This isn’t going to solve any problems, and it’s just going to piss most players off. In fact, I’d bet 1000 plex that if this got implemented, there would be someone posting in the official dev thread that this was all just a ploy by CCP to sell more plex.

Oh, and just to make it clear, the vast majority of the players in the game aren’t wealthy -and that includes cap and super cap owners. Many of those dudes grind like mad men to be able to afford their ships, and the only reason they can really afford them is because of things like stimuluses and SRP. 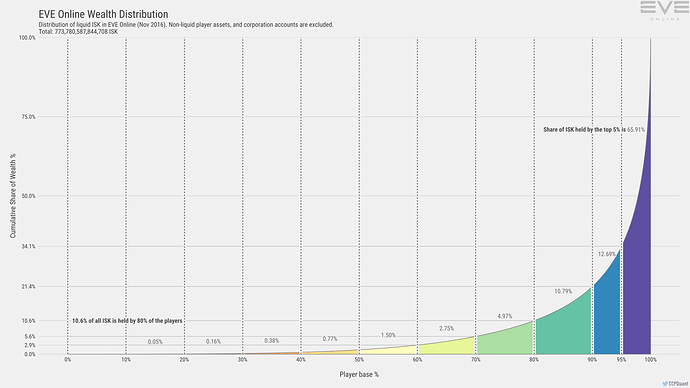 I would also like to see upkeep but just for supers and caps.
And it would probably healthy to make an alliance think about if they need to put a stucture in every system.

almost every MMO i have played has had upkeep. however, i rarely kept mulitiple sets of armor with different components, although i kept several weapon types. Unlike EVE where players keep several backups of several different classes of ships. Even though the introduction of upkeep seems logical and has MMO precedent. In EVE it would dramatically change gameplay. Would it help fix the econony? yes, would it cost players and reduce conflict? yes. I do, however , support upkeep on “high maintenance” ships (define high maintenance how you wish, but probably caps above carriers)

almost every MMO i have played has had upkeep.

What kind of MMO are those? Do you lose everything on death there? What was the reason those MMOs introduced upkeep? And what was the upkeep?

in almost every case, armor and weapons degraded over time and needed to be repaired. some you got your stuff back if you died (instantly at respawn) others required the dreaded corpse run. a few had random drop rates that you had to go pick up with the npcs still around to kill your half dressed self. EVE has the harshest death penalty of losing ship and some mods. The need to replace your stuff is the main reason players keep multiple ships in the hangar.

degraded over time and needed to be repaired.

Your stuff does get damaged from being used and must be repaired. If in npc station it costs isk. If in player structure most of the time it’s free but the structure also needs fuel. So there are already maintenance costs in the game no matter what.

Real time. Capitals are supposed to be corp/alliance-level assets, and if your corp/alliance can’t keep them paid for then you shouldn’t have them. How the individual players handle things is irrelevant.

You make this suggestion without thinking that even if CCP did it, the first people to be penalised by it would be people now having to upkeep their Lvl3 mission Caracals.

Why would this be the case? A Caracal might have a 0.00000000000000001% tax per month, an irrelevant amount of ISK even for the poorest newbie farmer, while a titan might cost 500% of its build cost per day in upkeep. It would be trivially easy to implement a system that ends capita/supercapital proliferation while having no effect on newbies.

And this is CCP, so it wouldnt.

It would be a quickly written flat tax that screws everyone.

I dont even know why we are talking about this, its a repetition of a previous daft idea.

And this is CCP, so it wouldnt.

“CCP will implement some other stupid idea instead” is not a very constructive response to the merits of a proposal. And we’re discussing it because it’s an excellent idea.