And the sky is blue 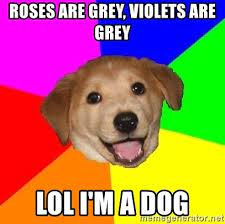 The forum isn’t much better. I’m not free to say more than that.

Don’t feel bad. None of us are FREE.
But we will be.
I’m not free to say more than that.

You should know, I’ve decided to be your alt.
Congratulations.

Sorry, I have no idea who you are, I just recognise a recurring pattern.

Real life couldn’t possibly be the reason why numbers have have down either, just couldn’t be. It’s not like people are going back to work in an office after a world wide pandemic. It’s not like one of the game’s larger national groups is suffering from international sanctions, being drafted, or what not. BTW ALL games that are popular in Russia have been suffering.

Sorry, I have no idea who you are

Sure. They all say that.

Jinyo: Yes, yes, it is. Might as well enjoy the beautiful universe while the servers are active. The CCP are pretty determined to finish the game off and move on to the next project - and who can blame them. EvE has had good innings. My question to the CCP, why not for the time that remains, restore the game mechanics to a time when EvE was fun. If not for the Player Base then do it for nostalgia!

As is entirely too common in the forums the past couple years, you’re going to get a few dozen posters repeating their favorite opinions and offering little in the way of substance.

(After 100 posts or so they’ll just start arguing among themselves about some thread derail.)

It’s great that you’re interested in EVE, and as with any new game, there is a ton of stuff to explore and learn. Keep in mind that a lot of the doom and gloom you hear is either from long-term players disappointed that CCP hasn’t met their expectations for EVE, or very short-term players who most likely had incorrect expectations about what EVE was.

As you state, the game is almost 2 decades old, well past it’s peak and currently on an almost decade-long decline. This is normal for older MMOs and even the MMO market in general. As you pointed out, the market is shifting towards faster-moving games that don’t require the time and knowledge investment of EVE.

That said, CCP has indeed spent the last few years apparently deliberately trying to crater the player numbers. The list of recent moves that have cost EVE tens of thousands of active players (and payers) is astonishing. There’s a lot of speculation about how a company could so actively harm their only cash-producing asset - you’ll need to decide for yourself where the possibilities for future development lie.

r/Eve - What is happening to EVE?

While I disagree with some of the points in specifics, it certainly captures the essence of the last few years of CCP’s development process.

That glue-eating Pilot just said, over the intercom “Well we might be falling but we’re still in the air lol, don’t worry about it.” and continues eating glue.

Is it dying? Yes, but if you’re enjoying it, play it.

The forum and a lot of people here are trash but hey it’s better than reddit.

I have noticed a flood of alts recently LOL.

That said, CCP has indeed spent the last few years apparently deliberately trying to crater the player numbers. The list of recent moves that have cost EVE tens of thousands of active players (and payers) is astonishing. There’s a lot of speculation about how a company could so actively harm their only cash-producing asset - you’ll need to decide for yourself where the possibilities for future development lie.

I’ve been on and off EvE over the last 16 years and share much of the sentiments in that Reddit post. I can honestly say this is the first time I’ve witnessed a substantial decline in the active player population. I really do wish for the best of health for the game because it still stands alone in terms of expansiveness, content and the player base (albeit dwindling).

The CCP should provide clarity with regards to long term vision or short term should cratering player numbers be the ultimate goal. It isn’t fair on the subscribers (paid or otherwise).

A lot of players think so. I myself do not know for sure what’s true or what’s fugged, even the graphs don’t say much except there’s been a reduction of characters. A lot of that could be alts that have become too expensive to maintain at Omega and could now be useless as Alpha alts due to various reasons.
The old numbers I see on the charts could be halved or at least -30% because of bots and alts so when they say the game was healthy, it could’ve only looked that way and the reality was something other then.
Regardless. It’s a cool game to log on to and do some pew-pew for a few. Better than World of Warships or any other Chinese-produced trash they try to sell on Steam.
So it may be going down, what’s the big deal for me? I just hope it dies a long slow death? I know how that sounds but it would be nice to have EVE to log into for the next decade… if WWIII hasn’t started before then.

Tell me, is there any hope that Eve is waiting for a major update that will give new life to the game, or the release of a new game with the same principles from the same developers for new realities?

No, there is no chance of either of these happening.

Can you still do stuff in game?