Is EVE Online a fair game?

I remebered something that happend a months ago but i will not judge for now.
I want to hear from you about EVE online game.

Is it really a fair game from individual player precpictive ?
Let me see your opinions.

just in general what do you think.

Yes, put an inactive pod in 5 clients and exactly the same thing will happen.

Its what you bring that determines if you’ll like being here.

Fair is only my coplexion.

Eve is as fair as life

Fair because everyone can play, grow and have fun at their own pace.

There are no classes/races which might give you a (dis)advantage, everyone starts at the same point (well… new players start with slightly more skills than older players did) and has the same opportunities. What you make of them is your own responsibility though.

Eve is like Equality in the following picture when it comes to fairness: 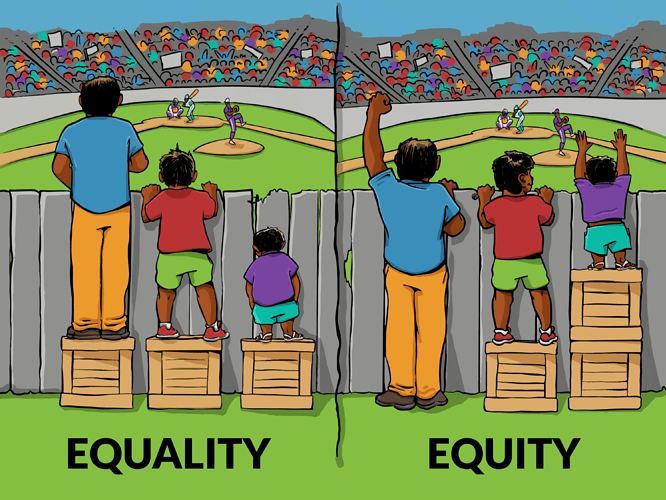 I would say it’s more fair than real life.

it’s the fairest of them all. everyone has the same chances, no one’s restricted from doing anything to anyone else. in all the other games yer being isolated from interaction and yer degree of freedom is seriously limited. in EVE that’s not a thing. people who complain about the game being unfair most of the time ignore that it’s their own fault for not being good enough to deal with others.

It’s totally fair, because everyone starts with the same potential in terms of gameplay.

I can’t make up my mind between answers A & B:

A> EVE is fair because it allows everyone to log on and have as much fun & content as they can find/join/generate.

B> EVE is horribly unfair as shown in recent events when a coalition of newbies and bad players took on the top elite coalition of the game and pushed in their sh*t so hard that the most elite members of that coalition stopped playing.

B ain’t unfair. that’s literally how the world works. if they’re quitting because they got their asses kicked, then they’re losers. strong eat the weak. the weak adapt or die. the only actual unfairness in EVE is that people can whine about others instead of getting kicked out. in nature, the weak don’t get to complain about the strong. they just ■■■■■■■ die.

The game is fair but it’s cold

We are all handed the same tools at the beginning and told to go play. I don’t think I’ve ever played a game more fair.

Nope hahaha not in a long shot fair

It’s Fair in the sense that everyone plays by the same rules. It’s up to you from there.

I don’t know, I don’t care, too busy flying my stuff in this universe of awesomeness…