Is Eve Online still getting tender love from CCP

I know Eve Echoes game came out a year ago and I think this is making CCP alot more money than just old fashioned Eve Online is.
My question is, whether Eve Online will see new expansions on schedule in the future or are they just going to keep Eve Online active with minimal support in favor of other projects they have going. It just seems like it has not had tender loving for a while.

It just seems like it has not had tender loving for a while.

I think the issue is that there’s no single view of what tender loving care of the game means. It means different things to different people and especially to CCP.

If you look at scarcity for example, it’s been absolutely rubbished by the community as some of the worst changes in years, yet from CCP’s perspective, it’s completely based on ensuring the long term health of the economy; and part of ensuring the game continues for years.

However, I don’t think too many people would disagree with the view that there seems to be a lack of true vision for the game currently. It just seems like a period of overall stasis, with no big new ideas.

Hopefully the next executive producer will have some revolutionary ideas, or CCP will gain some vision again at the executive level.

My question is, whether Eve Online will see new expansions on schedule in the future or are they just going to keep Eve Online active with minimal support in favor of other projects they have going.

Welcome to the last decade of EVE. CCP has been chasing (crack) pipe dreams while treating EVE as a cash cow. Unfortunately the overall (project) management is of very poor quality, so they have nothing to show for it.

CCP has officially set their current direction as “no more big expansions, but a series of smaller, faster, more fine-tuned changes”.

Basically, switching from 2-4 yearly expansions, to monthly patches and small updates with the target of having the smaller patches add up to a themed “quadrant” (4 per year) which sort-of looks like an expansion. Sort of.

You can get an idea of what they look like here: 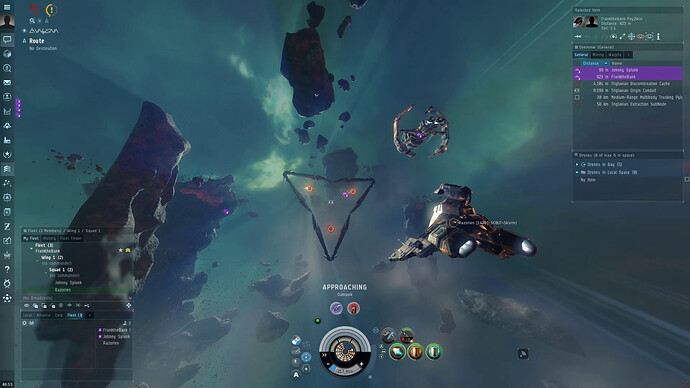 EVE Online September 14 Update is now out today featuring "Gateway - Quadrant 3" and we have the complete list of patch notes here. This marks a major

So basically it’s to lower our expectations of delivery.

Still waiting for Linux native (and end player realisation of these great hardware upgrades and technology improvements to trickle down to us).

I know Eve Echoes game came out a year ago and I think this is making CCP alot more money than just old fashioned Eve Online is.

Isnt that part of The EventTM and/or login clicks?

They are but deserve a special mention imo.

CCP did not make, nor does it work on Eve Echoes. Moreover, Eve Echoes has been out for a while now, and CCP keeps chugging along on Eve. Thus, there is no reason to believe that things would change because of Echoes.

And not for nothing, but I’d bet money that Eve Online dramatically outlasts Eve Echoes. I heard an EE player say a while back that he was kind of worried for the future of the game. Not only was Net Ease making changes that he hated, but he said he did a little bit of research into the the company and found that their MO is to try to squeeze every last dime out of a player base, and then shut down the game after they’ve driven off most of the players with all their monetization BS.

Personally, I’m not worried about CCP not continuing to work on EO. What is much more worrisome is their babystepping towards P2W. But that’s a whole another can of worms.

But sometimes they forget to pull out…

–Gadget said what she said