Is Hisec ganking good for the game?

The Hisec ganking that happens on a daily basis is a win-win situation for the gankers. 20 catalysts VS a 2-3b freighter shows that the risk to reward ratio favours the gankers.
CCP should introduce fittings for the freighters to be able to defend themselves.
When the catalysts who maybe are -10 sec status are shooting the freighter, what can the freighter pilot do in return? Nothing.
It is too easy for a squad of 20 T1 frigates to kill a defenseless hauler.
Even with a fleet of logi it is proven that the DPS of the ganking squad can overcome logi and still you lose the freighter or hauler.

When the catalysts who maybe are -10 sec status are shooting the freighter, what can the freighter pilot do in return? Nothing.

For this argument to be valid, you will need to contradict @Githany_Red who routinely celebrates her glorious antiganking victory in Uedama. We can only conclude that ganking needs a buff to counteract the intense antiganking pressure. 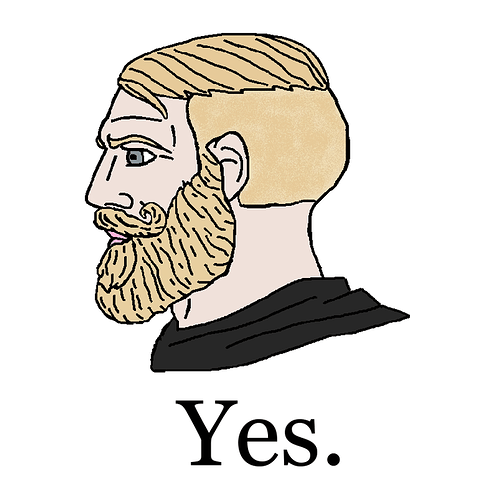 Thank you for attending my Ted talk.

Another way to look at it is that it takes 20 people to be able to kill 1 dude. Does that mean that it clearly shows that the risk to reward ratio favors prey?

When the catalysts who maybe are -10 sec status are shooting the freighter, what can the freighter pilot do in return? Nothing.

It’s called assymetrical game play. Depending on what you’re flying and doing, you may have options during the gank, but most of the counter play that occurs happens before the gank occurs. Gankers don’t chose targets are random. They chose those that present themselves as suitable targets.

It is too easy for a squad of 20 T1 frigates to kill a defenseless hauler.

Well, then start a ganking corp and start raking in the riches.

Even with a fleet of logi it is proven that the DPS of the ganking squad can overcome logi and still you lose the freighter or hauler.

Your arguments are terrible and you don’t know what you’re talking about. You can reduce your chances of being ganked to damn near zero if you know what you’re doing. But rather than learn, you’d rather come here and ask for your enemies to be nerfed.

Now, if you have any questions about how you can do that feel free to ask. I will happily answer your questions.

I just saw an Orca get ganked by 51 Catalysts in Uedama, and it only dropped 19 million in loot. So no, it’s not always win-win…

Maybe someone who can afford a two to three billion isk freighter and what ever it is that they haul in one of them ought to consider investing not only in a logistics escort and as much tank as they can fit but perhaps a defence fleet as well.
If the gankers have standing of negative ten then they should be easy to deal with once they are in range because anyone who wants to can attack them without repercussions.
They might also be wise to notify the local anti-ganker fleets that they will be arriving soon and could maybe offer them a tip for doing something they usually don’t get much out of.
A more common approach, and the one I have to recommend, is to do none of this and hope that it goes better than it did last time and the time before and the time before that. Why change? It’s always easier to do things the way they have always been done, right? It’s bound to turn out different this time. Maybe they will see that it’s the same old freighter pilot and think “gee wizz, it’s them again, we should leave them alone, if we leave them alone and let them through that will help them learn from their mistakes”. This is the exact method of doing things that has lead to amazing progress in all aspects of society. If people make no effort of any kind everything will just fall into place the way it’s supposed to. Besides, there is autopilot, no one needs to bother with actual flying, they can go watch tv and when their show is over and they have bacon grease dripping down all the way to their fifth chin all their stuff will have been delivered for them. It’s glorious isn’t it?

It kind of is if you think about it… And maybe that’s the problem.

it only dropped 19 million in loot

They don’t gank for the loot. Any loot dropped only funds the next round of ganking. They gank for killboard padding.

Please link me to these 2-3b freighters so I can buy them all. 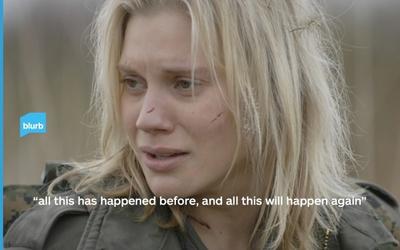 It is too easy for a squad of 20 T1 frigates to kill a defenseless hauler.

Wow, you mean coordinating and organizing TWENTY PEOPLE to attack one person who isn’t paying attention and hauling more than their ship can property tank will go in the favor of the TWENTY PEOPLE attacking? NO WAY!

Still using the most hyperbolic outliers as examples of normal usage of mining ships to push your narrative, I see.

the risk to reward ratio favours the gankers.

That’s a waste of good bacon grease. Shame on those people for not collecting it to keep their cast iron healthy.

Yes, it is. Hisec ganking is a feature, not a bug. Nowhere is safe once you undock(this is as it should be), hisec is just safER. Don’t fly a loot pinata, that will help(though nothing is foolproof). If you have a lot to move, then maybe do it in smaller increments or move with a fleet if at all possible. And most of all, never fly(or move) what you can’t afford to lose.

It seems to me that many ganks are result of people doing stuff they find boring or think not important.

Example: mission runners sending their riches back to jita to sell, they find hauling dull and so mess up.

I met a guy once that his entire game play consisted of scanning for loot and drones that people left lying around it suited him with his time commitment.

We can’t all be great star lords or Bandit Princesses , eve takes time and we have to find our little place that fits in with your real life.

Sell your stuff in other places too ,jita is the main problem.
Just take a little less profit and sell in a local hub.
We have 4-4 and TTT and now I see fraternity’s new station showing up more as it comes on line, all 3 in the same area.
It just a gank magnet.

Hisec ganking is VERY good for the game yes. It provides the game with all sorts of benefits.
It makes Concord look useful instead of making carrousels around the gates and being just pretty (yes, concord, eyeballing your Marshall).
It makes some players organize the gathering of intel and orchestrate a fleet ops.
Others are put to the EvE test (will you hold on or fall off the cliff).
It reminds people to stay awake, take nothing for granted and to never-ever pretend they live in a bubble (well, some do, in real bubbles, but that’s a different story).
It’s of course rough on those who don’t like conflict in a game based and thriving on conflict, that’s true.
Oh, and did I mention you can avoid most of it ?