I’d say do abyssals, but I like combat and get super bored doing exploration.

low tier abyss is doable in frigates, hatless gaming has an electrical t1 punisher fit that can be done with very low SP. I’d guess it works even better in t0. And then has a few upgrades, slicer/succubus do it even better. 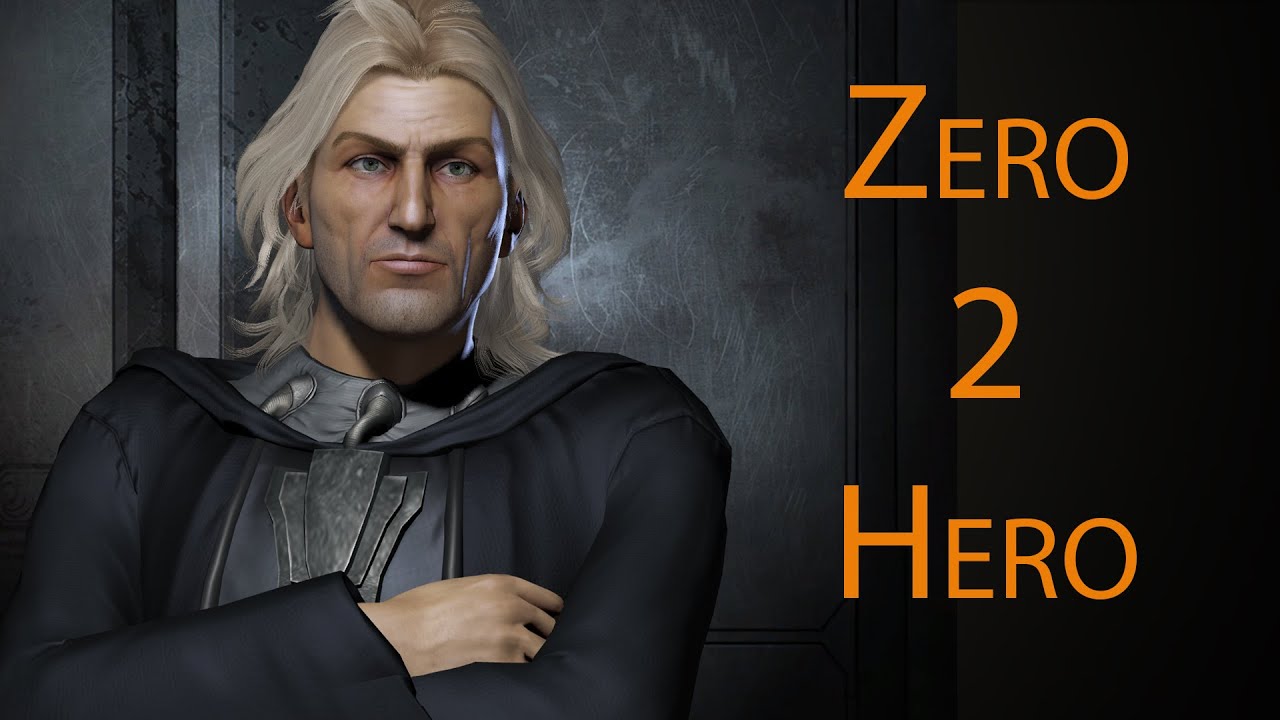 missions are another combat option, but as said lv1/2s pay pretty poorly, lv3s start to pay okay but I think you can do better in abyssals, lv4s is where the pay gets good but that’s omega.

Definitely Exploration into Low-sec or Wormholes. You don’t need a Heron, the Amarrian Magnate you’ll already be able to fly is perfectly adequate.

The Abyss is also a steady earner - A Tier 1 Abyssal site should pull 2-3 million ISK.

The rewards are from the various Extractors and Biocaches when you destroy them and loot them (if you are nervous about the clock do the caches, ignore the extractors).

I’d fit up an Omen and have a crack at t Tier 1 Electical Filament - it should run quite smoothly: you get a bonus to capacitor recharge and the penalty is to EM resistances, but that also applies to the NPC rats in there as well: handy since EM is what you are mainly doing with Energy Turrets.
Tier 0 is now also a thing - I’ve not been in there, but they should be easier with lower rewards.

It’s possible we can overlap next weekend (life and lockdowns allowing) if you want to run a fleet or mission out.

First, you don’t necessarily have to train into any particular ship. For example, the Magnate will work just as well as a heron. If you have any fitting questions, just ask on the forums something like, “does anyone have a fit for x ship for y activity?”

sorry but the answer is simple:
alpha status is a trial phase to test whether you like the game or not
you like it? suscribe, instead on focusing on isks/h in a skill limited and ships limited status

in other mmos, the trial phase allows you to reach some level but not maximum level. And you suscrbe to access full content
same here

thanks! after reading these replies, I have little doubt about low sec/WH exploration. however the last few time I went to exploration its a bit boring, so I

when I get a bit more rich from exploration, I might get a cruiser and try to do t1-3 abyssal. I will still try to avoid PVP for now because I think EVE uni have a policy about not to shoot random person.

Warptome and incursions look great, although I feel like I might not be able to handle a 500M battleship(actually cant even afford to buy one). but I might be able to do it soon as I looted plenty of large lasers from ratting.

sorry but the answer is simple:
alpha status is a trial phase to test whether you like the game or not
you like it? suscribe, instead on focusing on isks/h in a skill limited and ships limited status

I like this game a lot but I made a “oath” about never spend any real money in games when I was a kid. and I don’t like breaking an oath.

It’s possible we can overlap next weekend (life and lockdowns allowing) if you want to run a fleet or mission out.

I would love to do that! but I am in +8:00 GMT, most of the time I only play on weekends and play at 12:00-14:00 GMT. I use to play everyday during the holidays but now physical school is starting for me so I am quite busy.

should I try Abyssal?

I like this game a lot but I made a “oath” about never spend any real money in games when I was a kid. and I don’t like breaking an oath.

As said, Alpha state is just a ‘trial’ version of the game. It is still better then the old system of only 2 weeks but if you like EVE it is beneficial to go Omega.

You get 100% access to the game and in the mean time you support CCP in creating and maintaining the game.

another idea I am deciding whether I should try Abyssal deal space, but consider that the 20min limit, high fitting cost(20M) and powerful NPCs, I am not sure if I can take the risk.

Why not try on the test server? You can switch between servers via the launcher. If you characater is old enough, all of the skills and your ISK should be imported on the test server. Everything there (from ships to filaments) cost 100 ISK. And since you are not using your “real” wallet, a few mil from your latest character import should be enough to test stuff.

I’ve tested an Arbitrator for tiers 0, 1 and 2 and figured out Tier 0 (Tranquil) is stupidly easy, Tier 1 (Calm) is quite comfortable as long as you don’t make too many piloting errors and manage your drones well. The rats tend to chew through tech1 drones quite quickly. Faction drones have better HP then T2 drones, but they are expensive.

Tier 2 was a bit too much or my arby, but I don’t want to splurge on a Tier 2 capable ship yet.

Running a few sites on the test server will give you the confidence that you (1) know the sites and because of that (2) won’t lose your ship.

2-4 m per hour can be easily beaten once you get comfortable in Calm sites. I pull about 2.5m out of every site, but I do admit that my Omega skills allow me to use T2 drones and I also use a Tractor Beam to pull wrecks. I tend to be done with a site in between 10-15 minutes, that should give an Alpha character enough leeway to account for worse drones and skills.

Why not try on the test server? You can switch between servers via the launcher. If you characater is old enough, all of the skills and your ISK should be imported on the test server. Everything there (from ships to filaments) cost 100 ISK. And since you are not using your “real” wallet, a few mil from your latest character import should be enough to test stuff.

okay then, good idea! I will train up my cruiser skills and do it in test servers. I totally forgot about test servers, I actually should have try things out myself on singularity before asking dumb questions on forums.

It’s not dumb to inform yourself one way or another. Forums exist for this purpose and I have not seen you ask dumb questions.

The test server is not the solution to everything. For example, I recently subbed so now I have to wait for the test server to get a new mirror, else I can’t test Omega stuff (in the current mirror I am Alpha). The test server is not actually for us to test our fits, but it’s cool CCP let’s us do that anyway. So treat it as a privilege and not a right that comes with your account.

As an Alpha you should have no issues with Omega status as long as your account was mirrored in the first place. Perhaps someone can tell you when the last mirror was done? I have no clue tbh.

to wait for the test server to get a new mirror, else I can’t test Omega stuff

According to people’s replies in this thread:

The Test Server thinks my account is still an Alpha account while it’s now actually an Omega account. Therefore the server won’t give me Level 4 Burner missions, which I’d like to practice doing. Any suggestions ? Thanks !

Cool, thanks! I read somewhere else this no longer worked but I’ll give it a go. I’ve been meaning to try that cookie cutter Abyssal Gila thing and test some alternatives.

Never used the test server myself so not sure if it works or not but people recently suggested that solution so it might still work, no guarantees though but worth a try I guess.

I once killed a freighter with Zita weapons for insurance reasons (and for fun) on SiSi.
There’s funny ways to get ISK to buy things there.

Oh, hi there! First time i stopped to play EVE at the very beginning when someone just gave me 50 million ISK on my 2nd or 3rd day and I lost all my interest, because everything i did was seemed to low money, compared to what i have.
Then i went back a year after, and payed for a month, got all kind of skills to level 3, tried all sort of things, then done agent missions from level 1 to level 4, meanwhile i learned the markets, done some PI, manufacturing, then my goal was to make steady income so i can start PVP, so i started manufacturing and researching blueprints, seeding the markets, meanwhile maxing out level 4 missions with marauder, then i made an FW alt, hauled a bunch of ships, then shoot everyone. After that i moved to null sec. Those things took 3 years, meanwhile i read a lot of things about the game, tried a lot of things, but the best ship in EVE is friendship, that’s what i learned the most. Most people are not so social here, loners, etc, so you can make friends easily, just hit them a chat, and with friends and in groups, that’s where this game is really shines. You can be a lone wolf for years if you can make your own goals, also getting the knowledge of the game takes a lot of time, but if you have friends and if you can form groups, you will have much more oppurtunities.
Also null isn’t dangerous at all, you just haven’t lived there and that’s why you think about it so mysterious. Roll an alt and join to some easy accepting big alliance, like horde, brave, etc. At least you will learn how to install 3rd party stuff you need. And no matter how much skills you have, you can go operations with big fleets. It’s a very cool feeling when you and 200 of your alliance mates just riding through systems after systems with cool ships together. Feels like you are in a big motorcycle gang like Hell’s Angels or whatnot, and kill/clear/destroy everything that’s in your way

I have an AFK dplexing alt. It works wonders for me cos I’m really busy so I just cap plexes when I can’t play or when I don’t feel like playing. He earns me a good sum of money, enough to feed my pvp and still have a surplus. However you need to know how to dscan and watch local. If everything goes right you can earn several hundred million with a single unfitted cheap frig. It’s great for newer players but vets prolly have better choices available to them. Galmil is generally the best moneymaker but i joined the minnies cos I know the minnie-amarr wz better and know which systems to plex in. They’re doing pretty well rn too, in tier 4 I think

Try getting into a good Corp. some of them will give you ships and fittings if you ask.