I’m looking for people in HS who want something to do, out of the ordinary.

My Athanor is on its last legs and in about 4 days, 19hours it will be attacked by a group of 3-4 guys in leshaks.

If you want to help me, to intimidate or fight them by joining a corp at the last minute: speak up now

It could be fun, it could be boring but at least we’ll have a laugh

Contact me here or ingame (AFLuXx) and show your Magnificant heart to me by helping!

Thank you for reading if you read it at all

Where’s it at? I want to watch it do the little nova.

Please post the location so we can attend. I will definitely be there.

But what’s in it for us?

If you’re gonna lose it anyway you might as well make it a party!

Also probably you could invite other corps as allies to help out with the war effort who might want some pew pew. Though not 100% sure how that works so you might check up on it.

Haha internet, it’s surprising how people react to a cry for help

Most of them dont show up, just take the money

No, I deliberately did not write mercenaries, I wrote people who might be interested to join the defense for the pew pew itself, but instead of joining your corp individually they could be invited as a corp, thus more likely they would participate as if they have to leave their corp that would disrupt their usual gameplay.

Would Aeon Flux cry for help? 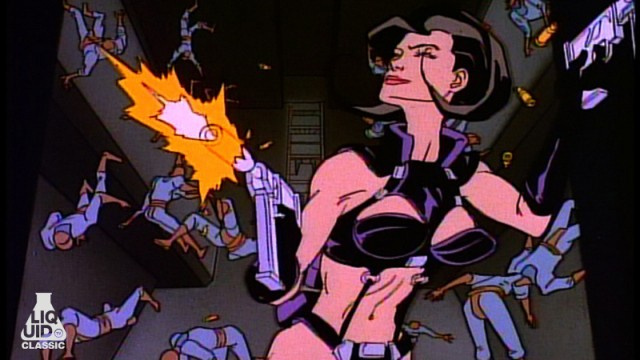 Get some allies in your war (or mercs if need be) and kill your opponents. It’s the Aeon way.

If it’s just 3 Leshaks, you don’t need any help.

Get a Mach and bump the Leshaks. Neut one, ECM one and kill the other with fighters/missiles. Then rinse repeat, assuming your structure is fit of course.

If it isn’t fit, then get some ECM ships and ECM 2 while you kill the other. But bump them away from each other.

One character and a manned structure can defeat 3 Leshaks.

I noticed that PIRAT worked back who you are, like I just did and have decided to add some easy green to their killboard. That is the state of so called mercs in this game.

Won’t be able to help on this one with all the attention you have by publicly asking for help and we have taken a break from war dec stuff atm, though I understand why you did it. But if you are in this situation again in the future drop me a line, it is of course dependent on your timers.

There are entities that will join in on defence but they will come in as allies in your war dec. When this happens again open up your war dec for allies. We actively look for people who ask for allies and see if the war decker is someone we can mash into small bits.

EDIT: I see others are offering aid, drop me a mail in game with location and timers and I will see what we can do, I can’t promise but if it meshes with certain people it might be possible.

PS I was going to suggest the neutral bumper, Leshaks are very vulnerable to bumping because as soon as they are out of optimal their guns turn off. Also their remote cap has poor range (less than 10 km) meaning that you bump them neut them and timer your structures point well you can kill them. Though their remote rep module has decent range, though medium remote reppers run out around 28 km.

Scipio’s advice is good, apart from the fact that Athanors do not have fighters… But it is not as easy as he makes out.

Get a Mach and bump the Leshaks. Neut one, ECM one and kill the other with fighters/missiles. Then rinse repeat, assuming your structure is fit of course.

Perhaps you did screw up on that other thread mate because this is another major cock up on your part.

Yeah sure. I’ve done this. It works fine. But whatever Drac. I’m sure you think you know better.

Three Leshaks is relatively easy to deal with and shouldn’t need more than 2 characters.

But hey, what do I know other than doing it.

Reading and comprehension again mate, I said your advice was good apart from the fact you think that Athanors can use fighters.

Are you saying that you have used fighters from an Athanor:

Yeah sure. I’ve done this. It works fine. But whatever Drac. I’m sure you think you know better.

Seriously mate? I do know better!

Looks like you are beeing attacked by the same guys who attacked my corp this weekend.

I gave your post to my corp leader, he should contact you in game soon, so we can see what we can do.

fact you think that Athanors can use fighters

Actually, I skipped over that bit. It was just general advice for defending against 3 Leshaks and he should adjust accordingly.

He might not even have his Athanor fit at all, so might not be able to use the structure much at all, who knows. He can take it from that what he likes.

Seriously mate? I do know better!

Yes I’m sure you are the pvp pvpest God of EVE and have tonnes of experience using Leshaks daily and defending and attacking structures.

Yes I’m sure you are the pvp pvpest God of EVE and have tonnes of experience using Leshaks daily and defending and attacking structures.

I know better that Athanors cannot use fighters, if you want to extrapolate that to something else, your call, but you just make yourself look like a blithering idiot which I know is not the case.

Actually, I skipped over that bit. It was just general advice for defending against 3 Leshaks and he should adjust accordingly.

Actually without fighters the chance of a kill are pretty remote, he needs bods out in DPS ships to do that. Anyway…

I think all structures should be able to run fighters, would make it more interesting.

I know better that Athanors cannot use fighters,

I don’t give a ■■■■ Drac. You can go claim to be the greatest forum warrior in history for all I care. You mean nothing and in general advice you give here in the forum is useless.

You didn’t even give the guy advice at all other than batphone for you in the future.

But if you think you’ve scored some internet points, then good for you. But I don’t ■■■■■■■ care one bit what you think or think you’ve done. I’ve just put you back on my muted users list, because I really don;'t care at the moment to read your ■■■■■■■■.

I have other things going on and nothing good comes from interacting with you ever.

@OP: adjust as you need from advice above. It works and you can defend against 3 Leshaks fairly easily. If they turn up with more it will become harder, but 3 is relatively easy to manage. If this is an AU timezone friendly timer I’ll be happy to give you some help.