Oi oi everyone,
CCP Fleebix here. Some of you may know me from Twitch.tv/CCP where I’ve been streaming for the last few months, and others from Eve Vegas, Eve London and a few fanfests where I’ve been djing with and without Permaband. 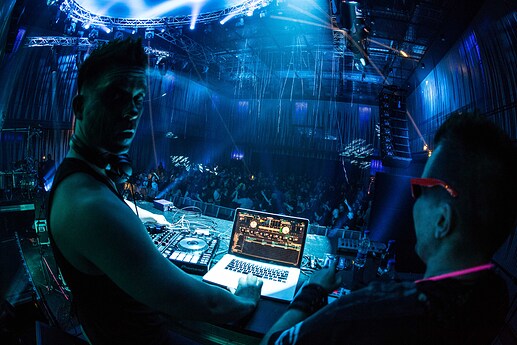 I just wanted to drop in and say hi to everyone as I have now officially joined the CCP Community team as Community Developer <3
You can always contact me here, on twitter (@CCP_Fleebix) and I’m lurking on a bunch of the EVE Discords as well.
If you don’t see me there look for me at the first light of the 5th day. Or ping me on Twitter.

Are you the new CCP Falcon or CCP Guard then? What parts of the game do you have an interest in, or what teams are you a member of? What timezone are you usually active? Are you interested more discord invites, or should I look for you on the CSM discord?

Will you be joining in then?

I know it’s a stupid question, but what does a community developer do?

Do not say he develops community.

It’s a bit like a flammen werfer. It werfs flammen. So I have to say your first instinct is correct.

Isn’t that German for flamethrower?

Yeah, usually the joke is Nebelwerfer, but this is an acceptable regional variant

So was CCP Flamethrower or CCP Flammen Werfer taken already? 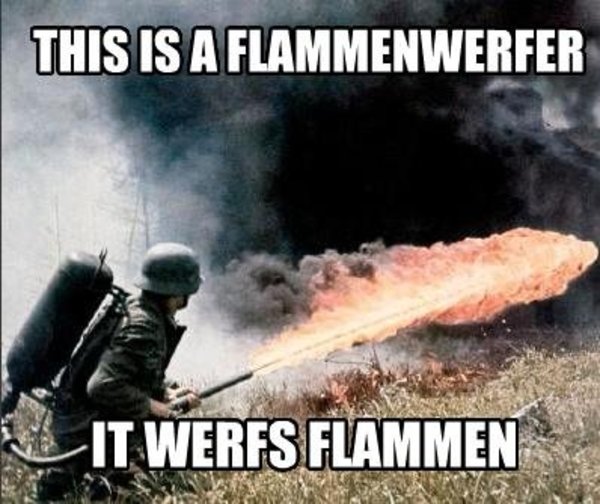 flamenwerfer600×504 59.8 KB
The flammenwerfer meme, is a classic meme. A fine meme.
To answer whether I’m Falcon or Guard, I’m just me, one part of the team with Convict, Dopamine, Aurora and the ISDs and GM’s.
And I’ll join discussions as much as I can

I’ll join discussions as much as I can

Excellent! Cant wait to read your opinion on whether its a PvP game or a PvE game

Ive always been of the opinion its an EvE game, cos its in the title.

I had to google that one. Its an artillery looking thing.

To answer whether I’m Falcon or Guard, I’m just me, one part of the team with Convict, Dopamine, Aurora and the ISDs and GM’s.

Sorry, I did not know any other way to shortcut the task of figure out if your posts were a herald for impending doom or not.

Its an artillery looking thing.

Its a disposable rocket launcher system, predominantly used to lay down smoke screens.

Excellent! Cant wait to read your opinion on whether its a PvP game or a PvE game

One of the CCP presentations said EVE was a PvE game, something about it modelling the weather of Iceland, just wait 15 minutes and it will change. Can’t find the vid, I am sure it got removed otherwise I’d slap it on every poster that asserts Eve is only a PvP game.

Its a disposable rocket launcher system, predominantly used to lay down smoke screens.

Maybe this could be a good suggestion for a new eve module?

Well, we have a CCP here to finally put this one to bed

Maybe this could be a good suggestion for a new eve module?

That would be kinda cool actually, yeah

Hi @CCP_Fleebix , congratz with the promotion and coming forth into the limelight, instead of staying behind the cameras.

Now, business already. Are you the person to ask about this year’s First Quadrant ? Can your Flammenwerfer einige Flammen werfen on what this wonderful, expectant and information deprived community of space pilots can look forward to ?

That would be kinda cool actually, yeah

It could be both offensive and defensive. Missile launcher type weapon, or interdictor probe launched?

CCP does not seem to be a fan of mines, I was thinking a missile or shell that just creates an AoE effect of some seconds that does a damping/jamming effect…

a launched bubble effect that would retard the sensors of all ships in the bubble but doesnt persist like a player dropped warp bubble.

Yeah, like the stasis webbing one, just with damp/ewar. At least this option solves the problem of use in high security space, where this kind of thing is problematic.