Sorry, I know this is not new thing, I’ve already red about this never gonna happen. But I believe this would be perfect for people who like this game, but more on the move and can’t spend so much near PC.
Thanks CCP team. GM Maru
Thanks NetEase team.
It would be great.

These are two entirely different games. EVE Echoes wasn’t even developed by CCP - EVE content and the lore of New Eden was licensed to NetEase for development.

I’m so far from understanding technical problems, but I understand it’s different platforms and other stuff. But still they managed to make dust451 and connect it.
So still hope.

It would be great.

Dust 514 was built by and belonged wholly to CCP, and was designed to be part of EVE Online from the ground up. EVE Echoes does not, and was not.

CCP is the primary development team behind EVE Online. NetEase is the primary development team behind EVE Echoes. They do not share any databases or servers; these are two separate companies building two distinct products that share lore and setting - and that’s it. These are not two variants of the same game, they are two completely different games with similar design aesthetics and the same background. Linking them after the fact would break both games.

There are plans for crossover events, per the press release for EVE Echoes launch, but that genuinely sounds like an intent to spawn effects on one game based on activity in the other, or release events on both at the same time - not allow any kind of cross-platform direct connections.

Ok, crossplatforming is a bad idea… Ccp with me who stopped playing coz it’s impossible for me to stay one place for long, and new Eden where I don’t want to spend several years to learn skills…

If you like EVE Echoes from a gameplay perspective, feel free to play it - just don’t expect to ever be able to move your EVE Online assets into Echoes, or copy your pilots over.

That’s the reason I will not play it.
Thanks.
I think topic can be closed.

This is such a garbage idea , I don’t even know where to start.

Echoes isn’t even the same game. But to allow people who’ve already built up vast amounts of wealth to transition over and effectively gain a massive head start on a different game just because they share similar names? No thank you. 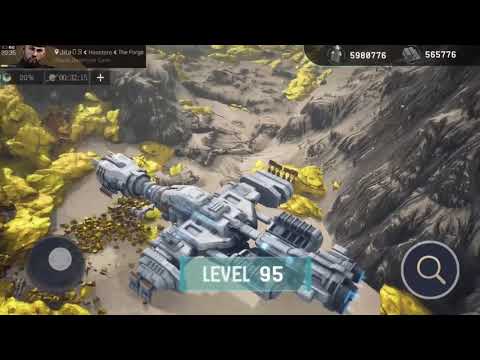 Yeah, that’s going to be a no from me dawg.

Is it possible to make worth advertising…

I believe Hilmar is on record saying he hopes some day that there could be some kind of connectivity someday, but I doubt it ever happens.