going on 3 days now of scanning and running anomalies, had expeditions some up, had random commander spawns come up and yet, after all this nothing is dropping loot.

Whats everyones longest run of zero % luck? I’m really hoping that 3 days is an outlier and I’ll get something soon lol

no, I found like 1b of (faction)loot in the previous 3 days (not yesterday), for like 2h of farming. (that’s quite more than usual)

I think it depends on the region you are in.

Exploration is like gambling, it’s hit or miss. And when it does hit, hopefully it hit’s big.

People saying they make 100-200 mill an hour on abyss or exploration have either super luck or are lying out their ass they believe it them self.

I only do exploration for fun, because the loot is not consistent.

Read: Because I would punch my ■■■■■■■ monitor if i had to live off the randomn drops.

I only play a game for fun, otherwise I do my job.

Then after that I spent 1 month doing about 5 abyss a day and made 300mill.

I make 40-50 mil/h running t3 abyss in alpha gila. If you go below 30 mil/h you probably doing something wrong… 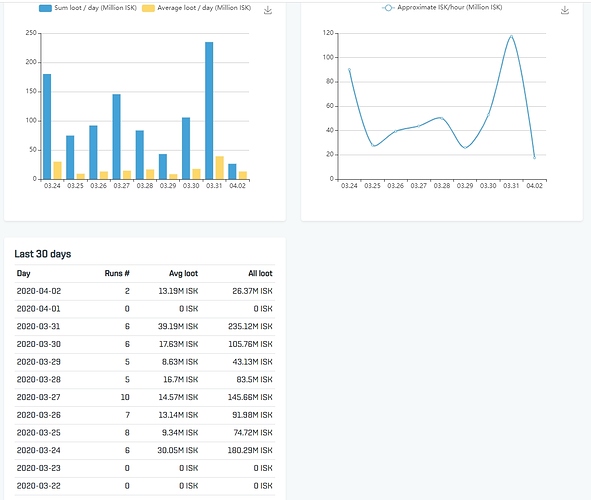 (This don’t include income from blueprints)

wow, making 200m in 1 month is really awful. are u running combat sites in an atron?