The Magic 14 is nonsense. 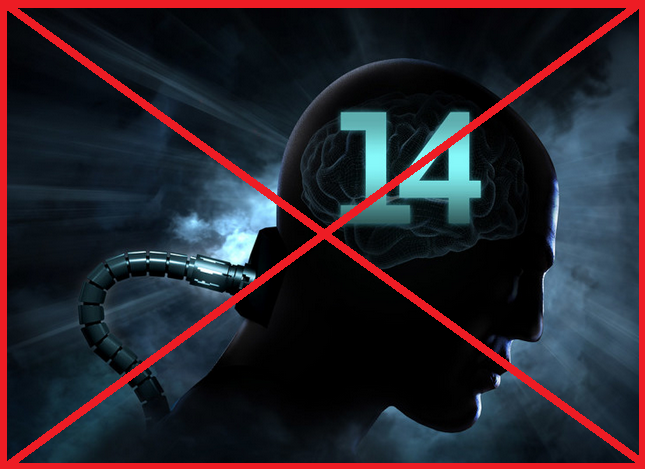 It’s a myth promoted by Eve University and other associated carebears, who claim that certain skills are “fundamental” and always “worthwhile” for new players to train. They are trying to lead new players to a life of carebear PvE nullblob content, forcing them to train skills that are neither necessary nor mandatory. Desperate for attention, recognition, and approval, these carebears have spent years lobbying for the Magic 14, exaggerating the importance of these skills and pretending that there is something special about them. This religious cult has reached such extremities that the carebears now demand that CCP give every new player all the Magic 14 skills for free, on day 1, because the Magic 14 skills are so vital to gameplay that it is an outrage that CCP even forces anyone to train skills at all!

EXAMPLE #1: Long Range Targeting - this skill lets me target ships from a longer range, but since I’m not a carebear who locks stuff at long range, I actually don’t need this skill at all. Magic 14? It’s magic trash.

EXAMPLE #2: Capacitor Management - this gives carebears a bigger fatter capacitor so they can carebear longer, but some people get the fight over with before their capacitor runs out. Here’s a thought, new players should prioritize gunnery skills!

EXAMPLE #3: Shield Operation - this gives carebears magical aura shields like in World of Warcraft, so they can stay safe inside their little spaceship. What a pointless skill! Here’s a pro tip new players - you don’t need shields!

Example #4: Evasive Maneuvering - this skill is great for carebears who want to run and hide, why not give it for free to everyone? I’ll tell you why, cuz there are better things to do in this game than be a coward constantly warping off as fast as you can and hiding inside a giant blob of fast warping lemmings. New players, don’t listen to the carebears with their magic 14 foolishness!

I hope you agree with me that the Magic 14 cabal needs to sit down. They haven’t discovered some magical secret formula of skills that all new players should prioritize first, and CCP certainly shouldn’t drink the Kool-Aid and agree that these skills should just be handed out for free to everyone.

EvE Online is a game about choice, and there are choices!

I hope you agree with me that the Magic 14 cabal needs to sit down.

Agree with you? Well, sure.

It’s like you added some filler to my previous posts on the topic and made it into a thread of your own.

TOGETHER, AIKO AND EPEN ARE INVINCIBLE!

What about Signature Analysis?

Signature Analysis is stupid who cares if I lock a freighter 0.1 seconds faster!

@Aiko_Danuja +1 omg! I’m rolling on the floor laughing. I agree with your assessment. I haven’t laughed this hard in a few days ( I’m a happy person )

Yes! Been waiting 6 days for Javelin ammo. Can’t wait to lob them at someone at the speed of light thanks to my trusted 200mm hybrid f-ing railguns, lol.

I hope you agree with me that the Magic 14 cabal needs to sit down. They haven’t discovered some magical secret formula of skills that all new players should prioritize first

Agree again. I know exactly what I want to do in EVE and the skills that go with that. I’m not playing a sandbox to turn around and expect the game to hold my hand. I think most new players can appreciate the choices that EVE offers.

Can I at least keep Electronics Upgrades?

I agree i advocate against training magic 14

I support some points of Magic 14 but it does need to be slimmed down. I found I can do just fine without maxxing Warp Drive Operation. As for Long Range Targeting, while I can fly battlecruisers now, I still prefer frigates for their close range yet devastating strike.

Even EVE Uni admits the Magic 14 is not a skill plan to be followed but as a nice-to-have after players focus on the skillsets needed to use the modules and ships you want:

Yah, I’ve just noticed that there is a group of people who believe these skills are REQUIRED to play the game, and they conclude that new players can’t possibly play the game without these skills, so now they are obsessively petitioning CCP to automatically give all these skills to every new player. I mean, why not give every new player a free faction titan and a dozen keepstars? People are supposed to pick and choose what skills they wish to prioritize, that’s part of the game, but these people think they know what’s best and that everything should just happen automatically.

…now they are obsessively petitioning CCP to automatically give all these skills to every new player. I mean, why not give every new player a free titan and a dozen keepstars?

Let’s hope that never happens. What’s the point of playing EVE if stuff is given and not earned…or learned?

Carebears are basically people who want to protect new players from all bad decisions, and all adverse consequences, creating a totally stale game in which new payers are isolated inside a padded cell.

I look forward to your continued efforts to dispel that myth.

Magic? My pants are magic, some of those skill are just a small advantage.

If newbies are smart they gonna aim for the drones for PvE.

PvP? Newbies are no aces, they gonna whore on kill mails and be glad.

EVE is not a game to fight, it’s a game to win, not winning means opening your wallet or grinding for days. PvP is ambush, number superiority and preparation.

In an ambush just keep tackle and feed your zkillboard. Stop this magic bullcrap.

Tips from the badest carebear around, grrrrrrrrrr

The Magic 14 is nonsense.

All depends on what you want to do with your alt. Otherwise your opinion is just nonsense as well. I truly expect better arguments from you.

I know the forums are getting boring…

Tant no miner here. Your just not worth it… Sad to say.

Aiko has a point when it comes to newbs. Newbs shouldnt be shoe horned into thinking they need magic 14.

I wouldn’t call the magic 14 nonsense and i definitly would not call it "necessary " to play the game (reading in other posts). The magic 14 skills improve the base gameplay, activities that you do no matter what. Like warping, targeting, maneuvering, fitting ships with modules and things like that. They are skills that effect the most amount of ships or modules or activities, i think the rest can be called specialization skills.