Yes, but short of botting, which is a whole different conversation and problem, they would have to be present to do that. Their safety would be guaranteed by their own actions, not a default condition set simply by activating a trivial module.

Or watching a trivial chat channel while pulling in millions of ISK per tick at least.

Cry me a river.

Yes, but short of botting, which is a whole different conversation and problem, they would have to be present to do that. Their safety would be guaranteed by their own actions, not a default condition set simply by activating a trivial module.

And this is why you are such an idiot, and your design ideas are so terrible. You fail to understand basic game design concepts like “don’t add unnecessary interface clicks”. You obsess over the fact that safety is granted by “actions” rather than “modules”, and ignore the fact that the cloaked ship is still 100% safe and impossible to catch as it warps between safespots. You haven’t gained any chance of success, and the cloaking player doesn’t have to make any difficult or interesting decisions. You have the exact same situation as it is now, except for the cloaking player having to press the “stay safe” button every X minutes. And if it’s so easy and obvious then there’s no reason to have the button. Just assume that the player is not incompetent and has pressed it on schedule.

Of course we all know the real thing that is changed. It isn’t the ability to hunt the cloaked ship, it’s the ability to maintain the effectiveness of local as a defense tool for farmers. Warping around is trivially easy, but it means you can’t go AFK to negate local. Local becomes an accurate indicator of which ships are active, and you no longer have to wonder if it’s safe to farm. Which, of course, is the real goal: 100% safety and maximum farming efficiency for pathetic carebears.

Limited to structures of the citadel class, these launchers are used in tandem with Nazz Cloak Nullification Probes to limit the places an enemy can hide. Heavily modified and much larger probes are launched from a citadel, and once they have landed in place can emit an electrostatic field which causes cloaking devices to reset, rendering a ship visible until its processers can reset the cloak emission hardware.

Due to the advanced nature of the emissions, as well as the slower speeds of these larger and heavily modified probes, a capsuleer manning the launcher must weigh the options of speed versus coverage, as a longer range will slow the deployment, and a larger bubble will further slow the results. Nevertheless, those pilots who have until now enjoyed relative comfort in the safe embrace of their cloak emitters will have to be alert and mobile, else someone combat scan them down for a warm welcome.

A cloak nullification probe used for decloaking all cloaked objects in soace. Can only be fired from Upwell Nazz Probe Launchers.

Require Sov.
Probes deplete over time (see laser ammo), requiring replinishment.
Probes can be combat scanned down and blown up.
New structure type for the probe launchers, that would tie into jump bridge deployment structures.
Limit 1 per system.
Change access roles for probe deployment (allowing a role for people to launch probes only).

So, you spend untold billions in upwell structures, rigs, and probes, and all the camper has to do once uncloaked is simply warp to another safe and recloak…

yep, the point is not to ruin cloaky camping, but prevent pilots from being AFK while doing it.

So when someone is cloaked and sitting still while in system your Nazz Null Probe will decloak them but if they’re mobile then their cloak still remains active?

range? id actually really love to see this implemented if its not a system wide device, though to be fair i am thinking more of a bomb type; a bit like a depth charge.

I often sit around citadels when im cloaked, i think this would add for some fun visuals as i dont tend to afk much but could be a feasible way to decloak stuff, hell id use it; perhaps some sort of emp wave that effects or stuns ships just long enough to turn the cloak off and momentarily stop the engines.

Im not sure about using a slot for them, the standup ewar bubbles things confuse me a bit because or that; id also like to see t2 interdictor ‘web’ bubbles and a load of other… not quite game changing stuff but certainly additions that may be fun and useful given the right circumstance.

The whole point of cloaking is that you are not supposed to know if the pilot is AFK or not. This will prompt the people being cloak camped to up their game and mobilise, you can have a covert fleet cloaked near your ratter and when the cloaky camper attacks provide assistance.

no, the whole point of cloaking is to not be seen.

no, they will be decloaked mobile or not. It’s a good idea to move though, especially if there are combat probes out as well

Well, I have no problem with your idea as long as it’s deployed as an AoE stationary item with limited range and duration.

Other than that I’d have to disagree since I use cloak a lot for infiltration and stealth maneuvering to gain tactical positioning before decloaking.

id actually really love to see this implemented if its not a system wide device, though to be fair i am thinking more of a bomb type; a bit like a depth charge.

perhaps some sort of emp wave that effects or stuns ships just long enough to turn the cloak off and momentarily stop the engines.

I think having it work like this is acceptable and probably could be implemented much more easily.

This thread comes up on almost a weekly basis. In fact, I’d be surprised if there wasn’t a nerf cloaking thread in the first 2 pages on this forum section. Almost every single one of them goes like this:

We end up with another thread which goes on for pages and pages between complains about local, defence fleets, inability to just go next door, people who aren’t playing the game but are playing the meta, lots of bickering and in the end nothing gets solved. CCP wont remove cloaking because it would mess with waaay too many things and it creates content (which is a good thing) by removing content (which is a bad thing) but they can’t really think of any way to do it without a complete overhaul of the local and scanning systems.

Now that I’ve had this entire thread’s conversation, can we just let it die? Please? 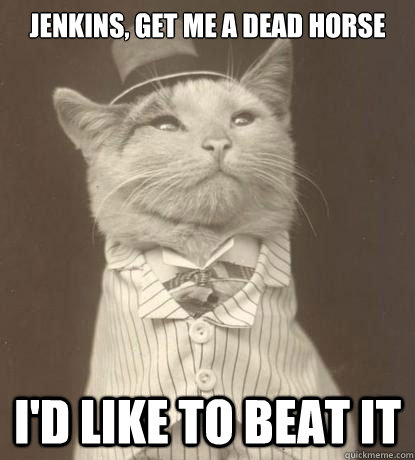 This has its own thread, you should of posted it there, its just going to get moved there anyways.

Other than that I’d have to disagree since I use cloak a lot for infiltration and stealth maneuvering to gain tactical positioning before decloaking.

Honestly, the concept i’ve provided would give ample time for that. I’m thinking like a 3-5 minute spool up for the probes to get in position. I want them to move slooooooow.

The point isn’t to ruin cloaking, the point is to eliminate the ability to AFK cloak in a system.