And this is why Abyssals pay too much even thou the risk is only pve and you can run them safely from anywhere including high sec.

This is a frequent fallacy in people’s thinking about EVE - “solo play is bad because it doesn’t generate content for other players”.

This would be an issue, if, for instance, Abyssals generated game-breaking amounts of ISK and loot without corresponding destruction/risk. I don’t Abyss but from what I can gather, it’s good pay but not game-breaking.

The traces are combat-scannable and even D-scannable, so can be hunted down just like a player in a DED. Anchoring an object there prevents insta-filamenting away, and the rewards are in loot so can be PvP-dropped. The only real difference is the PvP-hunter doesn’t know who’s inside, doesn’t know what they’re flying, and so (OH MY GOD!) they have to take a variable amount of risk and some patience before determining whether they can safely engage this possible PvP target.

That’s the real sticker for these so-called “PvP hunters”. They truly hate it when they cannot determine in advance they have a 96% or better chance of an easy win. Because, you know, otherwise there’s risk involved.

So unless someone can demonstrate that Abyssals deliver an ungodly amount of reward for the time/skill/investment involved, or that somehow they simply cannot be PvPed upon exit, it seems like we’re falling back on the foolish assumption that CCP and a lot of players make, which is:

“Other players have an obligation to be content for lazy PvPers who want easy, risk-assessed targets. Because, you know, it’s a PvP game.”

This is simply wrong on so many levels, I won’t even go into it here. Suffice to say that 10,000 solo miners and mission runners sitting in high sec doing their own thing would be nothing but good for EVE.

The problem isn’t based on “people out there doing non-content things”. The problem lies in the base design of EVE, in that PvP simply is not accessible, engaging and rewarding for 85% of the player base. So they do things, even boring things, that they can easily access, provide some reward, and give them the illusion of participating in a dangerous environment.

If the PvP triggers, mechanics and rewards were better, more people would PvP. It’s a question of gameplay design, not of how much ISK/hr you make.

Yeah, the day they expired my 5 Billion in Glamourex boosters is the day my entire view of the game collapsed and changed forever.

Then the daily login FOMO ‘rewards’ (good boi, whose a good boi???

It’s just so sad how FAR Eve Online has fallen, from the once proud unique and standalone experience to today’s low-budget theme park with longer lines and slower rides…

The only real difference is the PvP-hunter doesn’t know who’s inside, doesn’t know what they’re flying, and so (OH MY GOD!) they have to take a variable amount of risk and some patience before determining whether they can safely engage this possible PvP target.

That is not all. First of all, if we are talking here about waiting at the gate for the player to come back and then kill him? Because if he is doing that in highsec then you have to sucide gank him. They are no longer comming out suspects you know? And if this highsec sector is high security the difficulty, or rather how many pilots/alts you need, of the suicide gank grows rapidly. I was thinking about ganking runners when they exit, but those Gilas doing it in Jita in plain sight to everyone are pretty much unkillable. So far haven’t see any other ship to enter.

Now, if you are talking about entering the portal and hunt them inside then that seemed as easier achievement, however the problem is that:

So to me, going in there to kill that guy and then die with him for nothing at all is pointless. I mean I am suicide ganking with 1 account therefore without profit, but this feels even more pointless than shooting Leopards at Jita undock.
So one would have to basically go there with the ship that can handle highest abyss tier himself and know this PvE like his shoes to make it work and worth. Not impossible, there seems to be few ppls doing that, but very hard and limiting the audience.

But I have to admit I didn’t tried that yet, I might be wrong about many things. The main reason I didn’t try at all is because Gila is just ungankable for me and I also don’t want to lose my implants and I have no clean jump clone atm. Maybe when I fail avoiding anti-gankers and lose pod again I might try it

Anchoring an object there prevents insta-filamenting away, and the rewards are in loot so can be PvP-dropped

Wait they can jump into next abyss portal instanly while being scrammed? Thats broken, didn’t know.

This is a frequent fallacy in people’s thinking about EVE - “solo play is bad because it doesn’t generate content for other players”.

You understand me wrongly I’m not saying its bad I’m saying people should be rewarded more for doing something that would setup some type of pvp opportunity, and im not saying some pve guy being ganked im saying a guy in a pvp fit making isk but able to fight back if people show up.

C5 wolf rayer group farm:
Cost of all the players ships: 120mil
Risk Pve - Medium
Isk per hour - 200mil
Setup - high Getting players together/ scanning down wormholes.
PvP Content Generation - 10% chance of being attacked by another fleet with a great fight for both sides.

Hawks t6 dark with 2 friends:
Cost of all the players ships: 80mil
Risk Pve - Medium
Isk per hour - 300mil
Setup - almost nothing, buying a filament.
PvP Content generation - 0.5% chance of being ganked with no fun fight for anyone.

Then instead of saying “Abyssals pay too much” which leads to “nerf Abyssals”, say “PvP generating opportunities need to be more common and attractive”.

CCP has been locked into bad ideas for a decade now, one of the worst ones being “if we want players to do X then all we have to do is nerf everything else they do and they’ll be forced to do X”.

You don’t fix a game by nerfing everything else, you fix a game by making the things you want to happen viable, engageable, rewarding experiences.

Increase fw mission lvl 3 (easy enough to run in a pvp fit) rewards 3x lp and isk and remove fw lvl 4 missions as they are too pve and cant fit pvp fit’s and limit lvl 3 mission gates to only frigates so that jackdawks can’t cheese them.

Give a 10% loot boost if abyss portal is started from low or null sec space, maybe 15% if low and 10% if null as null has much more systems and easier to stay hidden.

Would make a great start Imo.

Abyssal entrance and exit should set the runner suspect if origin was high sec space. It is only fair to all.

Wasn’t that how it worked originally and CCP due to the carbear tears later disabled it “temporarily” to see how it goes and never actually reversed it?

Probably. I guess the next best fair thing would be to have any abyssal opened in highsec upon exit dumps you in random pochven or wormhole system. To be fair.

Better to just reward abyssal runners opening it in dangerous areas that way they dilute the loot more so people running in high earn less than low and null and then people roaming null just bring combat probes with them.

Give a 10% loot boost if abyss portal is started from low or null sec space, maybe 15% if low and 10% if null as null has much more systems and easier to stay hidden.

This is a better approach, for starters. I’d likely go something like take current loot table, keep it same for null, -10% for high, +15% for low. That spreads your risk/reward around a bit, livens up low, cuts earnings in high.

Plus maybe some of the filaments changes being discussed in the Filaments Re-balance thread.

The day that ships can really be thought of as disposable, like ammo, would be the day players PvP’ed more and take more risk and undock more often.
Only, ships can’t be considered disposable like ammo for the simple fact that they’re very expensive and cost too much isk overall.
The cost of buying and fitting a ship properly for the right job is way more expansive than the cost of buying hundreds of thousands of rounds of ammo.
Until ships can be thought of as disposable like ammo, players won’t take more risks and won’t PvP more.

Wouldn’t make a difference whether the scoreboard is online or in-game. I like a scoreboard but that won’t give me any isk to buy any ship.

ZKillboard isn’t the problem, it’s a thing. The problem is the price of ships and unbalanced risk vs reward.

If you want cheap ships join faction warfare still takes time to farm obviously but you do it while pvping: 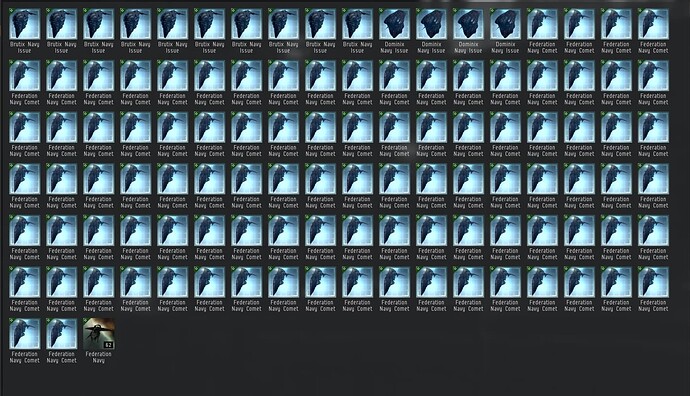 Obviously don’t buy bpc’s as CCP still ■■■■■■ them but you can buy the ships whole for 1/3rd the price of building them.

What makes it less sandy? FW has the perfect type of environment where cheap ships thrive.

What makes it less sandy is the fact you just told me what to go do if I wanted something that should already be, namely: disposable ships.
EVE doesn’t have disposable ships. Sure, they’ll blow up like they’re disposable but they aren’t, they’re too expensive to be disposable and as long as they’re not, then players will not PvP more nor take more risk than warranted.

20m is not too expensive to be disposable that is definitely disposable.

You have to think in terms of how long does it take to loose that ship too.

Some faction warfare guys have 200 to 300 ships ready for combat just sitting there I would say they are disposable.

I’m only replying to your earlier post about players taking more risks and undocking more. I’m simply saying why they don’t: Ships are too expensive to risk.

But that is where you are wrong its not the ships that are too expensive it’s that people are farming for too little isk that makes everything in the game too expensive for themselves.

And this mostly has to do with miners, why are they sitting in high sec making 20mil / h its terrible that these people are putting themselves through this.

But that is where you are wrong its not the ships that are too expensive it’s that people are farming for too little isk that makes everything in the game too expensive.

I see. It’s not the electric Tesla that’s too expensive, it’s people not getting paid enough from work… it doesn’t change anything.

And this mostly has to do with miners, why are they sitting in high sec making 20mil / h its terrible that these people are putting themselves through this

I don’t mine so I wouldn’t know what they go through but it doesn’t have anything to do with Miners and everything to do with how manipulated EVE’s market is. CCP can manipulate it all they want, most players aren’t stupid and they know if they are paying too much for something either in isk, risk, time or efforts.