Many features unrealistic to kindergarden niveau : bumping, no 90 degree drives and no gravitation, no remote sharing of coordinates of escalations/Missions/etc

Why is bumping so unrealistic - no damage to bumper or the ship being bumped. Also why there are no “emergency drives” which would help maneuvering to sides/up/down or backwards in space. No options to sell/share mission/escalation/exploration coordinates etc. remotely. The biggest bummer for me - no gravitation - Ships, Stations and Planets are “glued” and have no orbit ? From a realistic point of view its like a 360 degree billard game where the ships are the balls with the ability to shoot or stop other balls.

I discovered an old 3-D game from 1997 called I-War recently there you have it all, you can even shoot rockets from warp space to ships in warp space to hinder them to pursuit you.

Why is bumping so unrealistic

We are in spaceships, flying them from a capsule that supports our entire existence and are immortal. We shoot plasma at each other, nuclear weapons, are 21000 years in the future, traverse over 5000 start systems and live in wormholes.

What is realistic about any off that?

Eve physics are based on submarines, not spaceships. From a gameplay perspective, it works better since the motion is more intuitive. Other choices are also made for gameplay reasons - imagine the carnage on the Jita undock if bumping caused damage!

Very little of the technology in Eve is possible given our understanding of physics - we’ll need a totally new paradigm to make faster then light spaceships a reality. Simply suspend disbelief and enjoy the game.

Kindergarden Nivau is what you are typinig here. Go back in time 15 years and make a better game engine with only a handfull of people that also is the worlds only single shard MMO and we will talk Kindergarden, bungler.

Some compromises have been made, the game main features are not so much the “look and feel” (still good for an old game IMHO) but the sandboxy game mechanics like economy, player build stuff and a ingame political landscape rivaled by no other game. Off course it would be nice to pilot the ships wing commander style too, but you can’t have it all.

What I can’t stand is the bullsh1t talking about “realism” in SciFi . Stargate, StarWars, StarTreck whatever… the “Fiction” part becomes quite clear, doesn’t it? The real stuff we have in space today is like 100% “structure” and perhaps a heatshield, but no armor or shields. Plasticity rules and everything deforms as soon as it collides with anything else.

Our EVE ships on the other hand can take a bunch of missiles and lasers without a scratch and sport their own artificial gravity fields that are not made by rotation. We have ships with the size and mass of an entire town that can pierce planets while traveling by multitudes of the speed of light. And they are wrapped in a force-shield that can absorb an unbelievable amount of damage before anything even starts to pierce it. So is it “realistic” that they act more elastic than plastic when bumping? Who knows and who cares, but funny enough: You can’t really tell if they -maybe- even would act like that, given the other circumstances. 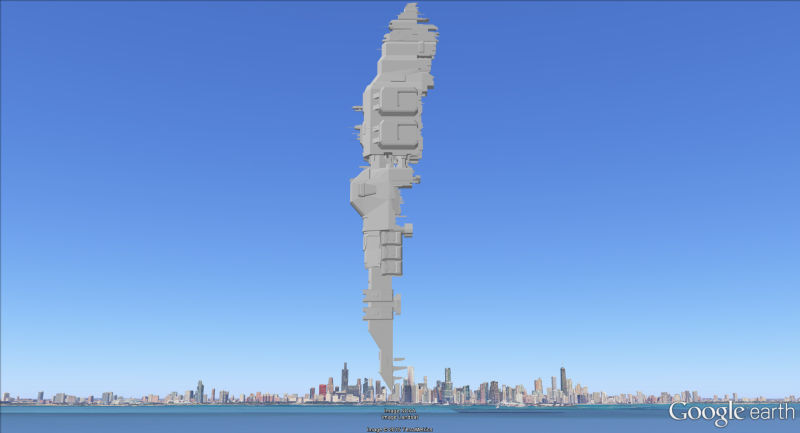 shh no one tell him you can fly through the planets

It’s not a space sim.

did you have thousands of players, each having a constant 8(missiles)+5(drones) additional entities, that need ALL to both send and received updates in real-time ?

Reality is actually so complex …

Also server does not care if your guns are grouped or not.

and the server very much cares it treats grouped missiles as a single super missile and it only does one tracking calculation on grouped turrets.

Your missiles are not grouped, your launchers are.

Calling someone a dick is an insult.

What if your name is Dick tho?

Lighten up a little

@Lugh_Crow-Slave did not call you a dick. An hypothetical person who doesn’t group their missiles might be offended, but you really have no grounds to be from that post alone.

It also does seem quite possible that there are fewer calculations for group weapons, since we get feedback for the group instead of the individual weapons. Do you know for sure that the server does not group them? It would seem silly to calculate for each weapon individually, then find a way to average hit quality (a wrecking shot and a grazing one make two hits???) then sum the damage and report just one quality and total damage when you could perform just one set of calculations and no averaging.

The server groups missiles launched from grouped launchers. The separate missiles you see is all done client side.

It would seem silly to calculate for each weapon individually, then find a way to average hit quality

Optimization is such a wonderful concept. Technically it means “the procedure or procedures used to make a system or design as effective or functional as possible”. Technically applied to a Dev breakfast, it would imply filling a mixer with bread,...

Hit dice is rolled separately for each module that is grouped while taking into account wrecking hits, so you won’t have a wrecking hit taking the summed up damage of all weapons (which would just be insane).

Do you know for sure that the server does not group them?

It seems you are right

One “uber” missile is launched per group and we stack the hitpoints accordingly.

So turrets are not grouped, missiles are.

did not call you a dick.

HE said that not doing as he does is being dickish. This sole terms was not useful for anything but aggressive. The fact that I was wrong about missiles grouping does not entitle him to call me a dick.

We must have very different ideas about what constitutes an insult.

But he never did call you a dick, he called a hypothetical person who doesn’t group their weapons in fleet battles a dick. It’s a general statement, not one aimed at you. Same as if I say: “Don’t be a dick, smoke outside if there are children in the house”. I’m not assuming you blow cancer in the face of children and using that to call you a dick. I’m just saying that in general people who do that are dicks. And in the case of weapons above, it was quite obviously a tongue-in-cheek comment since one player would have only a minor effect any ways. Anyhow, if you insist on being offended, go right ahead. I’ve wasted enough time. As for the rest:

As a side effect, we want to emphasize that using this feature will have a beneficial effect on overall latency since calculations are counted from one combined group and not eight individual modules in an extreme scenario; as such we highly recommend its use for fleet battles.

Which implies that there is a benefit for guns even though the hit rolls are done separately. And indeed, missiles are combined as well.
So grouping weapons is good for server health and that’s all that really matters here.

Be nice to servers, eve players: group your weapons!

yet the isd still hid it lol

It’s amazing how fragile this generation is.

its because people let them be for some reason