Mem leak in the Linux client?

Ever since the 6th Feb. patch, the client has been suffering severe cumulative lag. After about an hour, my client (which normally runs 60fps without breaking a sweat) starts seesawing between 40fps and the mid-teens. After a couple hours, it’ll drop down into single digits, and eventually the client will freeze and drop the connection.

This feels like a memory-leak problem, but since my system RAM isn’t showing any problems (and I have 32GB of RAM there), I’m guessing it’s a problem with the GPU memory.

The only people I’ve heard are having this problem are Linux users, so I’m assuming it’s a problem with the wine client. I’m running wine-staging-7.3, the GPU is Radeon, I’m using dxvk-bin-1.9.2 (which I now see isn’t the latest for gentoo, so I’m upgrading right now).

Are any other Linux users running into this problem? Has anybody figured out what’s going on?

You can also use the ingame monitor app in Eve client.

I can’t get valgrind to run (the error was about function redirection). What is the ingame monitor app?

What is the ingame monitor app?

You can check the shortcuts in the {ESC} Shortcuts menu tab and enter “monitor” in the “filter”.

Many thanks. I’ll leave that running for an hour or two and see what happens.

so, after a couple hours of running the monitor, doing nothing but sitting in a station, sometimes undocking, hopping to another station in system and docking up again, the system monitor looks like this:

That looks an awful lot like a memory leak, no?

Update: I disabled Resource Cache, and the problem seems to have gone away. I’ll try it some more later in a CTA, and see if that helps.

Could be a related issue, but I have always had this weird FPS bug where FPS drops get cumulatively worse over time when reloading ammo. It has happened on multiple systems, different distros and different hardware/installations. It’s particularly noticeable when swapping ammo types in Abyss or when the gun/launcher reloads itself after a number of times. For some reason manual reloading doesn’t cause it. It never truly went away and I learned to live with it, but seems to be horrendous in abyssals due to constantly changing ammo. It starts off OK, then gradually worsens as time goes on.

It’s the weirdest thing and I’ve never been able to find a solution in over a year of seeing it. Fortunately I work around it by simply not flying stuff that requires ammo swaps. It’s as simple as that! I suspect this is a related memory/caching problem and ONLY a Linux one.

I also had an issue, where lag spikes would add over time , with a delay of 1s.

I also had increasing delay between actions (most likely API calls) with time. like, If my toon stays in jita 4h, then all the market actions are delayed by a good second. It looks to me like there is an issue with the file manager in wine (typically, keep the file open ?), and an issue with APIs 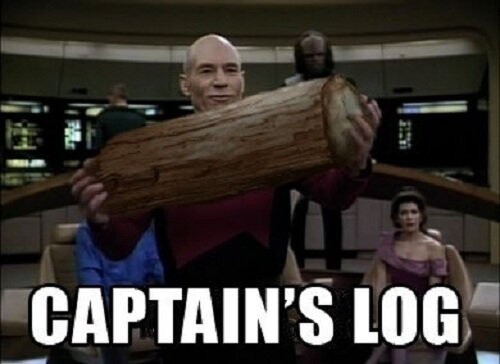 If their performance is slowing up when writing logs over time, perhaps they need to look at that.

Eve uses Python, possibly a source of many performance issues, and not just any Python, a dead Python 2.7.