Is it possible to mine a hostile moon with a fleet if local has only your guys and 1 guy from the corp that owns the moon? His options are to use the structure to destroy the ships or just undock, tackle something, and kill it. The moon ore is some distance from the athanor, which means you can try to start warping away if the guy starts aligning in your direction. Since he is on gird, you can see if he’s heading for your position or just going to the gate. Even if he’s in an instant locking ship, this is enough time for barge to go away if it wasn’t pre-aligned. I know no one is going to be dumb enough to ninja mine in anything expensive which is why the mining frigates are used for this. However, one day I want to be able to say “look I filled a Retriever with the ore from people who attacked us before.”

Nothing can stop you from mining a moon

I mean the owners can just decide to blow up a miner which will put a stop until he reships.

most won’t want to sit out the limited engagement timer . them blowing up your venture may be exactly what you wanted .
it’s safer just to complain in local , or send an angry letter to ccp …

There is no such thing as permission in EVE…

Can’t you still dock with a limited engagement timer?

Also while I know frigates like the venture are great for this kind of thing, I was wondering about the barge.

You can dock with a limited engagement timer. Your probably thinking of the weapons timer (EVE Help - Weapons Timer) which does prevent docking.

Yeah that’s what I was thinking. Yay I was right.

Umm….this sounds tailor made for the Endurance.

I still can’t understand why everyone thinks the barge is the end-all be-all of mining. The Endurance is way faster, way more manuverable, can mine (ice and ore), cloak, salvage, use mining drones and combat drones all on one platform. Its yield is almost Procurer level.

Fit up an Endurance, go mine their rock….if anything pops up you don’t like either warp off in three seconds or mash the cloak button. Easy.

Because that’s what everyone tells me so that’s what I tell all the new miners who complain about having to drop off the ore every 6 minutes.

I am not very advanced into this, I just was taught

“Want to mine, go get a mining barge” and the guy who told me that didn’t know why either, who was taught by a second guy from a different corp, and the guy before him actually knew all sorts of things about mining and was there before the venture was a thing and while he never talked to me personally, his corp views him as not just an Orca pilot, but the guy who knows everything about mining from numbers to practice more than the “this is how to get the most m3/min” crowd.

And if this continues, if the new corpmembers leave to a new place and new miners ask them, they’ll probably have nothing more to say other than “ummm barge, I don’t remember why”

depends on the number of alts you have. If you’re alone, use a cheap fast aligning ship like the endurance you propose, or a prospect, which has a mining yield bonus over the endurance… or just go dirt cheap with a venture.

If you bring a dozen alts… 5x10 drones hurt quite a bit. covetors are also flimsy even if you tank them, so just give a damn on their tank and put tackle on the covetors… he bites them, he gets bitten back. You might lose a Covetor but he’ll lose something likely more expensive. I didn’t bait anything good with my covetors recently, but a week ago I flipped somone’s naga when it tried to disturb my command dessie foremann-ed gas huffing op and either didn’t notice or didn’t care for the ventures closing in on him: 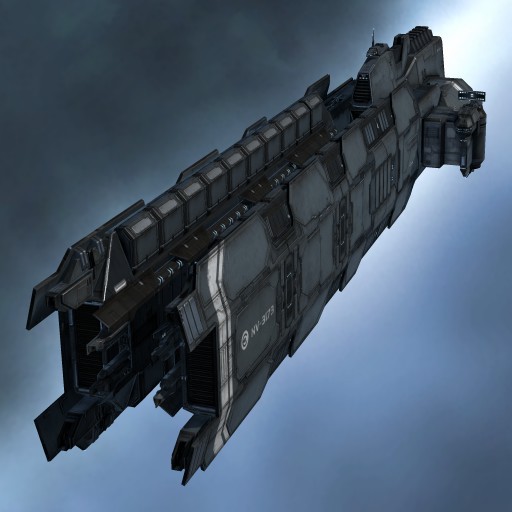 the Athenor itself is harmless. it has strong ewar and tackle, but the tackle disengages after 60 seconds, and needs another 60 secs to cooldown, while the primary armaments of a station doesn’t deal significant damage to anything smaller then a battleship. even if you siege an orca on grid, given the tackle disengages after 60 secs, the station won’t be able to flip it. if you bring a logi ship, you can just tank the station forever, too (the station runs out of capacitor after around 15 minutes of ewar module cycling)

The primary advantage of a mining frigate isn’t it’s ability to get off grid quickly when some gankers close in… but instead, the ability to get ON grid quickly when you assume there’s no gankers around. If you want to mine someone’s R64 and have to travel 20 jumps for it, with an endurance that’s a matter of 10 minutes… with a procurer you better start sorting out your netflix backlog for things to watch while the proc takes ages to align, takes ages to warp, and runs out of capacitor mid-warp, needing you to restart the warp. The same goes with extraction.

the Athenor itself is harmless. it has strong ewar and tackle, but the tackle disengages after 60 seconds, and needs another 60 secs to cooldown, while the primary armaments of a station doesn’t deal significant damage to anything smaller then a battleship. even if you siege an orca on grid, given the tackle disengages after 60 secs, the station won’t be able to flip it. if you bring a logi ship, you can just tank the station forever, too (the station runs out of capacitor after around 15 minutes of ewar module cycling)

Huh, I thought the tackle and the ewar automatically make it dangerous for an orca even if the primary missile launcher is pretty useless against barges.

Huh, I thought the tackle and the ewar automatically make it dangerous for an orca even if the primary missile launcher is pretty useless against barges.

The way it’s supposed to be used is to tackle the orca with the station and then use ships to take over the tackle within 60 seconds. The point is that you need at least two capsuleers to do that… one who mans the station and a second that takes over the point

Ahhh… so a lone guy can’t do anything if he sees an Orca boosted fleet outside his moon while his corpmates are asleep.

He could with an alt

Ahhh… so a lone guy can’t do anything if he sees an Orca boosted fleet outside his moon while his corpmates are asleep.

The orca’s likely sieged up anyways to provide moon ore compression, as otherwise the mining op’s over in a few minutes, and if it’s sieged, just grab your favorite t3c, BC, HAC, whatnot, and warp it 10km off a rock close to the orca right after undocking, lock and tackle the whale and blow it up. I’d go for it, even if he barges can technically destroy a BC before the BC destroys the whale… because most eve players panic in that situation and fleet warp the barges away when they see you land on grid despite them actually being more powerfull, and w/o the barges the whale is easy prey for a BC.

Wait really you’ve seen this before? I’ve only ever seen these ninja mining done with ventures and one time ventures and an Arbitrator. I have heard of many times people have done these mining operations before and almost all of these second, third, and fourth-hand stories are with ventures.

That said, I did hear someone who used a Retriever and got 7 full oreholds before the owners scared him off grid. And a few people who used endurances.

And I did hear of 7 times an Orca boosted fleet just undocking from the NPC station and going to munch on the rocks. And in all of the cases… the Orca was pre-aligned with a gate or the station.

Did you see an Orca boosted fleet on a hostile moon before? Did they siege up? I’ve never heard of one.

barges the whale is easy prey for a BC.

It’s funny how CCP chose something that is mistakenly called a whale sometimes.

Why wouldn’t it work? They are all about the same power as a T3C.

I had no idea, I thought T3C were just better and that justified it being the only ships left in the game where you lose skill if you get podded after flying one. As you can see, I never flown one of these cruisers before.

You no longer lose skill points if you lose a T3C, that’s been removed for several years. T3Cs are mostly just more versatile with the ability to change out subsystems. HACs are specialized for well, Heavy Assault. BCs are in general are more powerful cruisers