Some unique information is gleamed from reading the description of the Nestor.

As from the game -

"This was one of the first vessels the Sisters of EVE made available to capsuleers. It had been under development by the Sanctuary corporation, whose interest in exploration includes not only search & rescue operations but also a constant inquiry into the nature of the EVE Gate. Thanks to the Sisters’ efforts and the Sanctuary’s particular expertise, the Nestor is an agile, tenacious ship that aptly adheres to the mantra of both rescuers and explorers: Stay safe, stay hidden, and use every tool at your disposal.

It is particularly adept at venturing into dangerous territories, not merely in recovering whatever may be of interest but also in being able to safely bring it back. Its engines have alternate power sources that come into play should any of its cargo - for which it has plenty of room - cause serious interference with internal systems. Its weaponry runs best on renewable sources, an ideal for a ship that doesn’t know how long it’ll be in deep space. Its carapace is extremely well armored for a ship this agile, and covered in sensors capable of letting its crew track a myriad of different organic signatures. The crew itself is safely protected from any number of transmittable ailments from rescues and other unexpected passengers, thanks to special quarantine bays that are conveniently located near jettisonable openings.

The Sanctuary corporation poured uncountable resources into making the cloaking technology developed for the Stratios fit the Nestor, but were eventually forced to concede that it was impossible. The effort was not without benefit though, as part of their work focused on reducing the Nestor’s mass enough that it could make its way into unexplored territories that might’ve been hazardous to bulkier vessels. This paid off by affording the Nestor unmatched access to wormhole space, and meant that the embedded miniature rescue vessel on the ship’s hull could be relegated to a decommissioned role. With covert function off the table, the Sanctuary turned their eyes on logistics and now the Nestor serves as one of the best support platforms in New Eden."

““This paid off by affording the Nestor unmatched access to wormhole space, and meant that the embedded miniature rescue vessel on the ship’s hull could be relegated to a decommissioned role.””

I have been playing Eve on and off for 13+ years now - on and off of course - and was not in game when these SOE ships were introduced. My question(s) is was the Nestor ever introduced with this “miniature rescue vessel - or MRV” and for some reason it didn’t work out, or is this pure lore and there never was a “MRV?”

Looking at the Nestor - it does not appear to be being produced with a decommissioned “MRV” attached to it in a visible way, which would indicate some hidden mechanics we cannot witness or basic drone mechanics where a large fighter size vessel would be launched.

A small sentence in a paragraph is very little lore and more lore and backstory on this MRV could pave the way for new content, ships, and possibilities for the future in Eve.

on the underside of the nestor model is a shuttle, and it also has a ship maintenance hangar big enough to fit an shuttle of any faction if I remember correctly, but really nothing else. 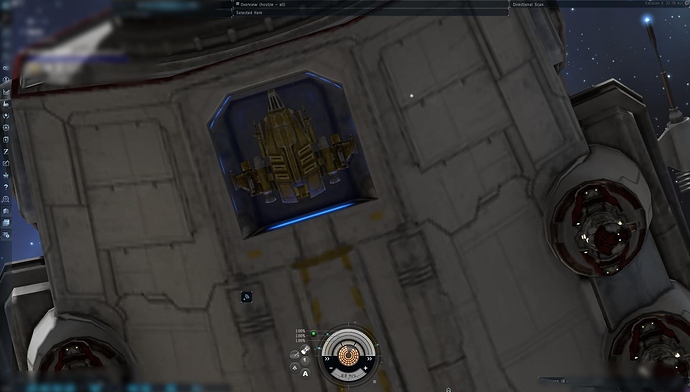 Nice find. Seems like a nod the The Burning Life, though I don’t recall them detailing specific extraction vehicles there.

My question(s) is was the Nestor ever introduced with this “miniature rescue vessel - or MRV” and for some reason it didn’t work out, or is this pure lore and there never was a “MRV?”

Pure lore, there has never been a MRV. Its just part of the Nestor model.