Apparently there was a new launcher update today which the launcher tries to install, but when it reaches ~33%, the launcher just closes without any error messages! This means i cannot start the game anymore!

I have already tried restarting the PC, it didnt help. 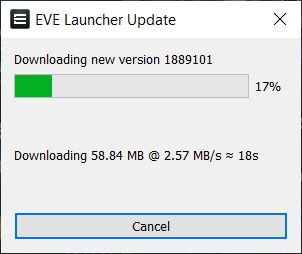 Sooo … what can i do? This problem makes it impossible for me to start the game.

There is no error message that tells me what the problem is. There is no option to turn off auto-updates and there seems to be no repair tool, like in the pre-launcher era. I tried deleting the launcher cache, but the launcher update still crashes.

This worked for me.

This worked for me too. Thank you very much!

how do you do it?

It is the file tree, you will start with your local drive or the (C:) each forward slash is a file within the previous,

I found it out already

This has worked for me as well twice now after two different updates where the launcher got borked.

Symptoms - open launcher, wait ~5 seconds or try to launch client and you’ll get a windows Launcher has stopped working error … then it all closes.