With the addition of the upcoming fps it will be useful to have a ship that can break atmosphere and land on planets (for cargo hauling or other purposes.)

For the design of the ship, I took inspiration from the Gallante rookie ship, the corvette class Velator (though I think it would be great to do something similar for all the racial ship types.)

For this class of ships, it seems interesting to me to have a modified corvette that’s designed for atmospheric flight and is also space worthy to be the fps player’s base of operations. (kind of like the landers in warframe or destiny.) 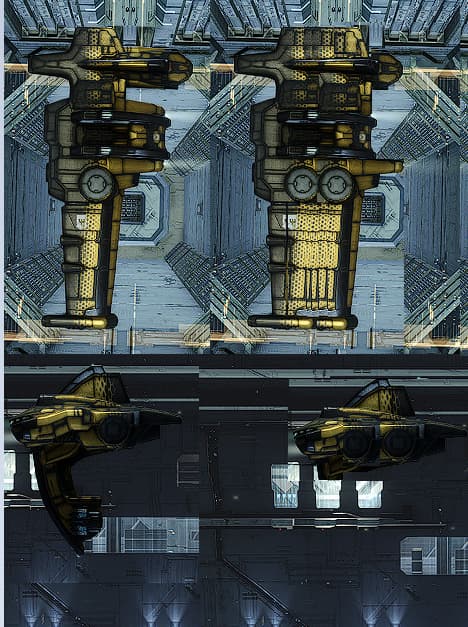 Of course, maybe the players will be able to upgrade to a higher tech ship later, but since this is modeled after the rookie ship, it’ll be free to the player.

For the amarr, I think I’d just use the impairer, as I think the lore could support that ship already being atmospheric capable.

For the caldari, the ibis could also potentially work, but I was thinking more along the lines of a griffin with all it’s ewar bits stripped off. The lore for the ship could mention it was designed after the griffin hull, but assembled with ibis components.

As for the Minmatar, I scaled up the main hull and the wings on the reaper and moved the engines to the side of the hull. When landing, the wings should tilt up, like the lambada shuttle in star wars. 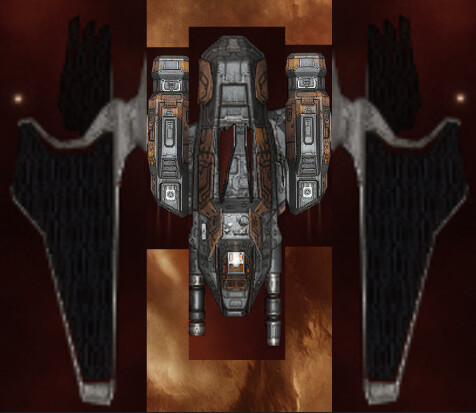 could just roll up stats for the warbarge, that would be cool, would ultimately do the same job.

More or less. I never played dust, but iirc the warbarge was a much more expensive ship than what I’m talking about here. But then, with advances in tech, some power creep could be expected.

I don’t see why not. The frigate line has a lot of ships, so it would make sense warbarges or corvettes would have a lot as well.