Can CCP make some new ships for us to play around, like angel cartel capital or something smaller

Whoa, it will take ages for me to get to the point that I have flown all ships ingame and require something new.

There are so many spaceships without a loving home, maybe they could work on adoption first? (Fix current ships first plz)

Trig ships are what? Less than 2 years old. And Edencom ships are even younger than that. We don’t need new ships at all right now. Scarcity needs sorting and our industrialists need time to finish catching up before anything else.

you can get over 100kehp on the sub caps how much more do you need?

The Angel Cartel capital ships lineup that you are mentioning was never a planned nor intended lineup. They were a set of indeed complete from a 3D, texture, siege mode and warp mode point of view and also, may I say, beautiful ships. However, they weren’t asked for internally and there was no game deployment nor lore introduction scheduled for them. They were the creation of a very talented and able CCP concept artist, that made them out of passion in a creative sprout. Wir vermissen Dich, Daniel!

A dreadnought, a carrier and a titan were designed. Here are some more pics of the ships, both textured and un-textured, from various angles and the design language and concept used. 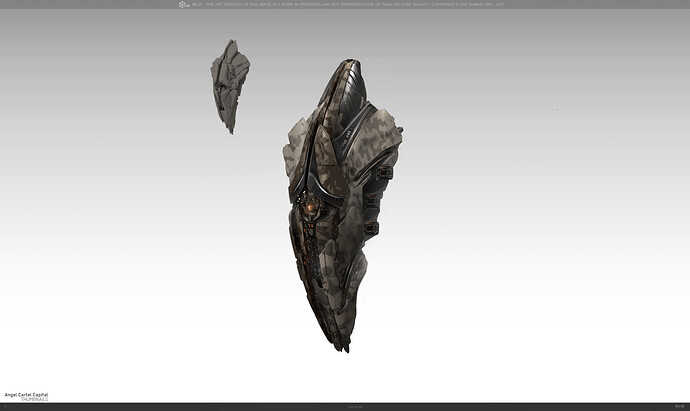 The Dreadnought in siege mode: 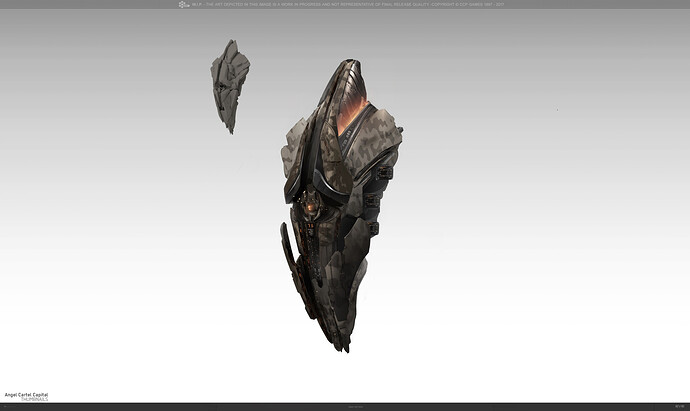 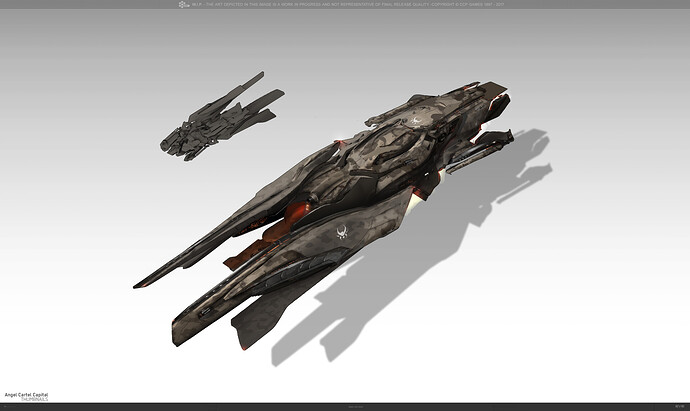 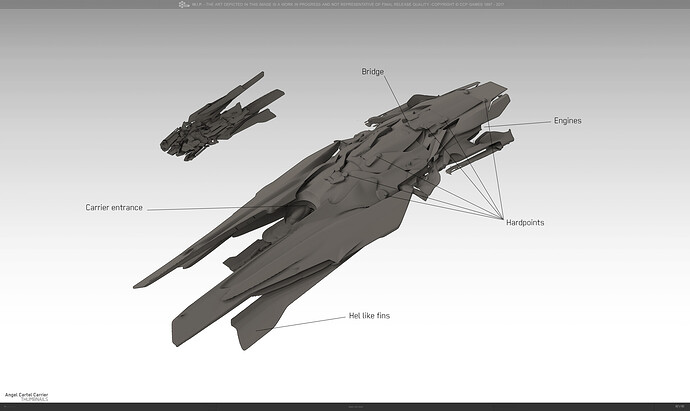 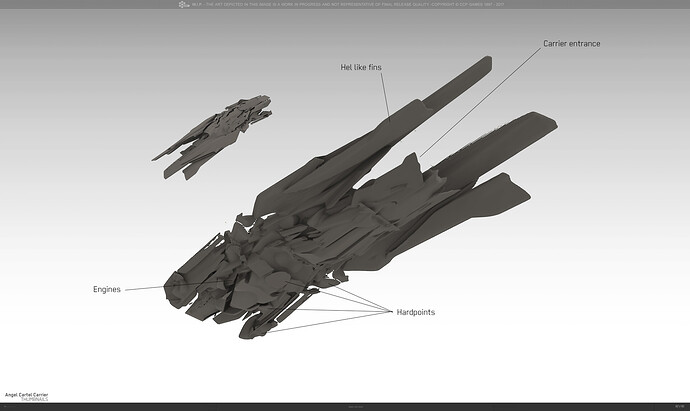 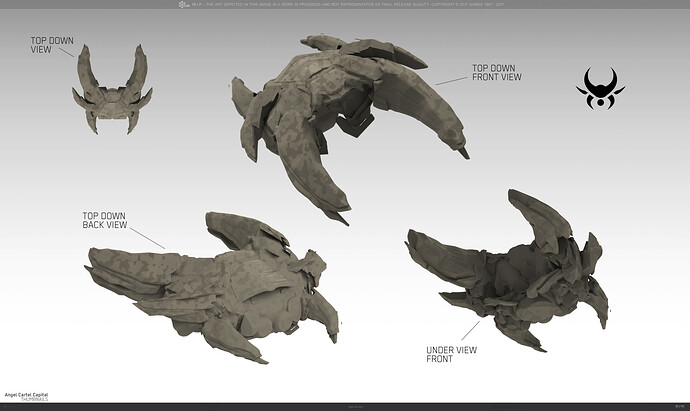 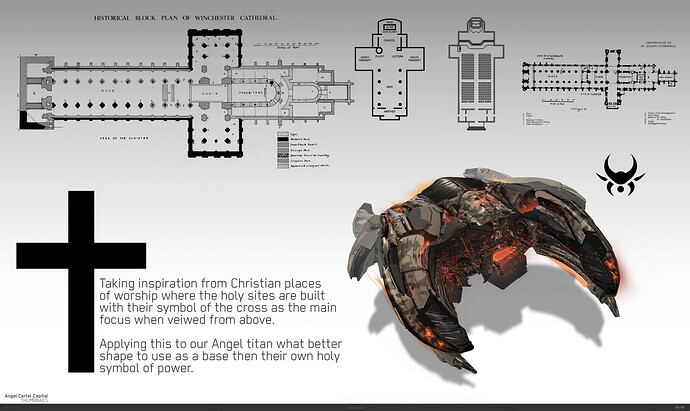 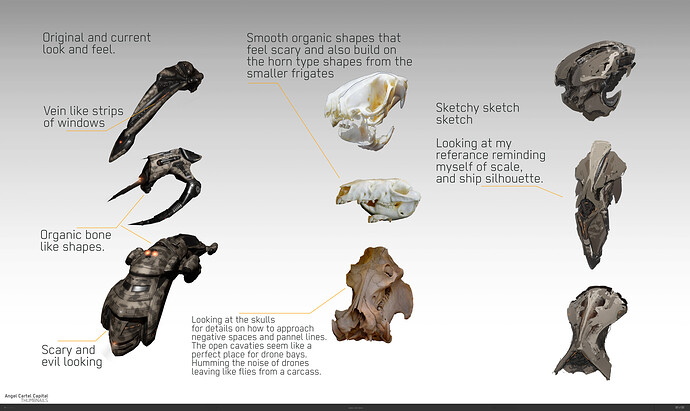 You will have some new mining ships to mine gas. Or whatever CCP is going to do.