@Ralph_King-Griffin here flies an Ishkur of Doom, and is a master of the dark arts of mission invasion and bear trapping.

Beware of his shenanigans.

A couple of other points:

Oooh im not that dangerous or scary

@Omar_Alharazaad bears that torch,
I just ship toasted about it the most (after Feyd rip).

Shiloh Templeton - I am aware of your second point which is where Zkillboard comes in handy to check criminal records. I didn’t think others could become involved in what is essentially a duel without going criminal themselves. The last time this happened I was in a fleet. The suspect went flashy to all fleet members so i guess all could have engaged him.

I remember i once ninja looted some tags in a mission and the bear made a lot of noise about it in local. Actually so much noise, some whiteknights showed up, one of them in a tengu. He then thought it’d be smart shooting missiles at me. This was before the crimewatch changes.

Not only did he not hit my rifter, because i was way out of missile range, but i also got to enjoy CONCORD melting his ass.

Weren’t you a carebear once, too, before you got … hm, reborn at Burn Jita?

Firstly. I am neither scary nor dangerous.
You should always shoot Omar if given the chance.
Secondly, Ishkur is dead sexy.
Not because it boasts the highest damage of ships in it’s class… it doesn’t.
No, the reason the Ishkur is drunk stripper sexy is because of it’s dual weapons platforms which allow a pilot to multitask.
The Fed Navy Comet is almost as sexy because faster speed and lower ammo consumption while having the same benefits as the Ishkur, but with a weaker tank… think sober stripper, but with daddy issues she just can’t get over.
Dual rep Incursus best Incursus… either for the novice who’s still awkward when dealing with real live girls, or for the jaded old wanker who likes giving those frilly panties a sporting chance.
It’s their choice as to whether or not the get in the van.
What happens after is between you, forensics and that shallow grave they may or may not ever find.

aaand, after re-reading that I’ve officially creeped myself out. Time for more brews and maybe a trip down newbro lane. I hear there’s a vast number of new Raven pilots out there, time to bust out the bag of candy.

I miss you, you deliciously disgusting freak x 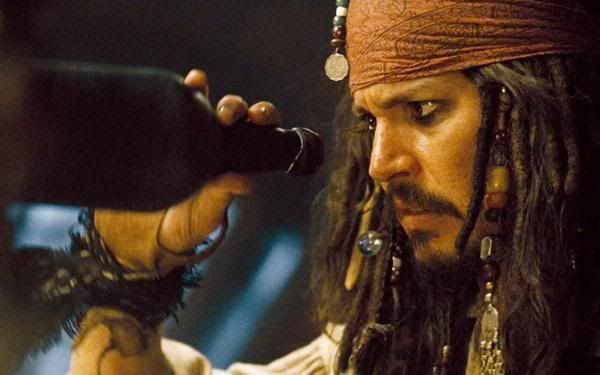 Best way to disappoint ninja looters is to just blow up wrecks as you go, this way there’s nothing to loot or salvage, the second problem is people with too much time on their hands, they one’s who are not interested in PVP only that they be pests, don’t wonder, don’t chat, don’t pay attention, it is a waste of time, their only existence…to be fecal matter, there is no reasoning, no logic (except the twisted logic in their minds), and no bargaining, the exist simply to exist, same as a fly.

Then you have the fake low grade Epsilon pvp’er, they don’t want real pvp they want an easy way to gank you if your the emo type when they steal from your wrecks, only to warp in a few friends to kill you.

The best most effective strategy, don’t worry about the loot, it’s crap and not worth breaking a sweat over, do your thing and have fun doing it, they are just flies buzzing about the dinner table, also move, don’t stay in a big mission hub, that’s where the flies gather, there is too much space for you to be stuck in one hub, secondly, find a partner, having a partner running in a salvaging ship is best, with the choice of ships you can be an effective ISK making machine.

a buddy of mine lost a rattlesnake to this, carefull what you click

True enough, be sure that wreck is yours to destroy, just recently I seen a guy lose a ship to this, have the safety on, if your missioning there is not much reason to have it in another mode.

If they’re in it to create conflict then the odds are high that they are trying to create content for themselves, you, or just the local population as a whole. Nothing makes a completely dead system light up faster than a mission invader coming in to someone else’s bubble.

Also, you might wanna take a closer look at how crimewatch works. A flipper can NOT bring in friends to help kill you if you go all ‘emo’ over your lost metal scraps. It’s actually the other way around… you can bring any number of friends in to help kill them, but they can at best bring in neutral logi and/or an orca to reship in. They wont do the reship thing though, because that means losing their scram/point on you and giving you a chance to get away once you’ve engaged. If they do bring in logi to help them, that logi ALSO goes suspect and is free to be engaged.

The deck is actually stacked in favor of the righteous defender of the precious metal scraps… IF they are willing to pick up the bat phone and call their peeps for help, or extend a hand to the local population. Misconceptions like the one you seem to be nurturing are part of why so many people are shy when it comes to interacting with their fellows in the game. Already you’re assuming that someone who took the time and effort to scan you down and come visit you in person is not paying attention and is antisocial. The very fact that they are going out of their way to play with someone else speaks otherwise.

As to your apparent scatalogical fetish, well… that’s between you and your therapist.

Doo doo is as doo doo does, if, IF they are wanting interaction they are doing it on their terms (nothing wrong with the choice), however, people are free to not accept that interaction, not everyone likes to be touchy feely, I’m sure there are a few flies (the actual insect), you have swatted at because they are buzzing about you, now yes one is a game and one is RL, but both are the same, unwanted interaction, I may be wrong on the PVP mechanisms but since I don’t PVP often enough to fully understand the rules still doesn’t invalidate that they can and doo doo friends to your doorstep.