No valuable loot for the whole month

Hello people!
I have a question. I’ve never been the kind of guy who likes to complain. I haven’t played since spring and decided to come back a month ago. Very sad, but I don’t enjoy playing anymore. I’m not going to talk about the bugs I’ve encountered this month. For example, disabling modules in space, or a context menu that does not work.
I’m a PVP player mostly, but sometimes I like to spend time in a quiet environment. I like to search for and pass complexes. I spend a lot of time on this because the search and pass can take a really long time. And that’s why I enjoy the result. Sometimes the result is not great. Sometimes the game is very generous. But there is always a RESULT. Unfortunately, I have received NOTHING for the last month. Nothing at all. I went through the easiest and most difficult sites. I’ve tried everything I’ve done before. I didn’t get anything at all. It’s very sad.
Small example for today.
Today I finished Festering Ruins and I’ve got only one meta cloud harvester out of 6 Floating Debris. The site is very rare and hard. All hacked containers were empty. EMPTY. ALL. I received one medal and a box at the end. This is ridiculous.

What happened, why didn’t get any deadspace module dropped for the whole month? Has the algorithm been changed? Why? I’m upset. It’s not funny.

Today I finished Festering Ruins and I’ve got only one meta cloud harvester out of 6 Floating Debris. The site is very rare and hard. All hacked containers were empty. EMPTY. ALL. I received one medal and a box at the end. This is ridiculous.

This would have been a pretty hilarious screenshot/small video.

CCP often has changed loot tables and kept it private. Evident in abyssal deadspace. Noone here will have an accurate answer for you. Just bad RNG. I do believe CCP does change loot tables quite often to prevent a person from milking a specific site to get a specific drop. Nothing you or me can do about it sadly. Why does CCP change loot tables? We don’t have an answer. Likely to shift people from various activities? ISK flow? I don’t really know.

Also, it’s better to have data backing your claim up and doing a controlled experiment. Such as recording the loot you got from every site you did and comparing it with previous month data. There is nothing here and don’t expect an ONLINE FOURM to take your or anyone’s words at face value.

I however am inclined to believe you. I like to play devil’s advocate sometimes. Know your audience etc…

I’ve been doing combat sites in highsec for few years straight. I’ve seen 3-4 weeks with zero notable loot and even 5 exact same sites with exact same loot table drop at a same day which ended up being billions per hour. But it usually averages over time. Both in sites count and number of days. So yes, unless someone will give hard data from testing. On every tin foil “stealth nerf” claim, I’m simply gonna say it’s just bad RNG roll.

I’m not trying to say that loot tables where never adjusted. But I still didn’t experienced something nerfed to the ground in terms of drop rate. At lest in mentioned content that I did.

I do lower DEDs from time from time and exploration.

Didn’t do enough DEDs to came to conclusion, but the industry changes related to pirate/faction ships negatively impacted the profit from them as they are nearly worthless. CCP needs to fix this, even if by removing the ability to buy these ships already built. I didn’t get anything worthy from drone sites though, but that is probably because the price for the components that drops there is extremely low, it used to be much higher, probably some new content that generates these components in much higher value (which is bad design).

As for exploration, did about 10 data sites in wh, and 2 data and 1 relic in ls, and 1 relic in ns. The total loot was 60milion which is quite a ■■■■… but sure, we all know that outside highsec data sited are worhless and only relic is worth to do, which I found just 2 of them. Still I suppose for Alpha that is not that bad outcome and I was able to hack all these data in wh with relic-virus fit Heron

I also hate empty cans, but this is perfectly logical as it gives and incentive to fit and use cargo scanner to determine whether you should waste time or not. Some players are using it (and I hate them as they leave behind a site that then I find only to find out it is empty

Sites you mention are obviously different and the potential nerf hammer might have fallen only on those for what we know. All you can do is report it as a bug if it makes you happy, but don’t expect any result coming from it, I don’t think CCP will admit or disprove potential silent nerfs to loot tables. They are rarely replying to ordinary players here on forum you know.

but the industry changes related to pirate/faction ships negatively impacted the profit from them as they are nearly worthless.

Don’t even get me started. I’m just gonna say that when industry patch landed I still have over 100 faction blueprints for frigates and cruisers. To this day I didn’t even bothered to touch it. Waiting for better times as maybe reserve fund. Not even expecting any fix at this point…

I didn’t get anything worthy from drone sites though, but that is probably because the price for the components that drops there is extremely low, it used to be much higher, probably some new content that generates these components in much higher value (which is bad design).

They ended up worthless after CCP removed drone alloys (?), the gun mining. At lest in highsec they are not worth the time and chips for SOE ships are extremely rare. In other areas of space they looks like worthwhile but no experience there.

RNG and mystery behind it is what makes this content fun for me. And for a highsec, there is surprisingly high amount of PvP interactions

RNG and mystery behind it is what makes this content fun for me. And for a highsec, there is surprisingly high amount of PvP interactions

Yes! I recently got a jackpot RNG loot in one of my t3 abyssals (unstable BCS) worth at 80+mil and t4-t5 filiments. It was the best five minutes of my life. Rubbed it in everyone’s face.

Printing that ISK t3 at a time. When I have enough, I will upgrade to t4

a specific item dropped 35 times for me in the first 6 month last year. the second 6 month it dropped zero.

RNG in video games is a meme since before memes were a thing. 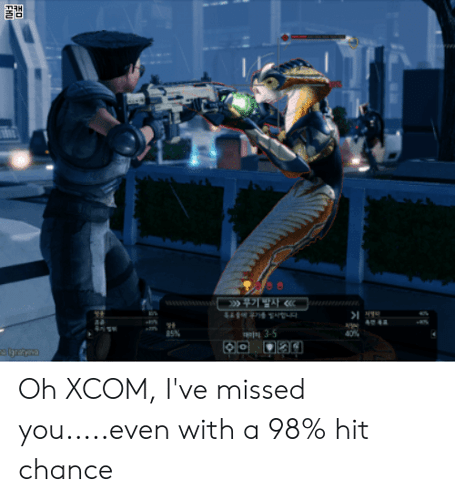 Yeah, I fee for you. Sometimes I feel quite like you did - recentely I run a lot of 4/10 sites, In all cases I did not get any optional loot. I am so paranoid about these sites now, that when I see one I thing “should i even bother running it?” On other side, I recetny got quite lucky with 3/10 sites, just last week got two in a row, both with 250 mil+ loot, that was quite nice