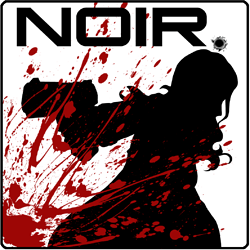 Noir. is the oldest mercenary corp in EVE and over the years we have built an international family-like community of talented PVPers. Through our contracts we’ve been the heroes and/or villains in over 300 EVE stories big and small, from paralyzing key jump bridges in Beeitnam to saving people from WH evictions. We think EVE is better with friends and better when you fight with a little pride on the line

What’s a merc contract like? Take a listen behind the scenes:

I have nothing but great things to say about Noir.

From a PVP standpoint I feel like we’re doing it all. From very small gang nano roams to living out in deep null in blops with HOBO orcas, from dunking on caracals to getting dropped on by supers and titans. I’ve been in bombing runs, gate camps, 2000-man fights and 4 man brawls that still get my adrenaline pumping.

Planning and theorycrafting for ops and contracts is at it’s very own level and more often than not those lead to punching far above our weight class in contracts. We have theorycrafters pulling pyfa-wizardry out of their hat to customize our doctrines to any contract needs and we have network of players that manages to seed those modifications to our target systems, sometimes within hours.

Besides all that Noir. is a very close group of players who enjoy playing the game together and who support each other. Be it in real life, or ingame matters.

I’ve learned so much here! Tons of different types of flying. Super fun group. Join up!

Solid Group, remember 10+ years ago fighting with these guys when we used to run Pure Evil Warriors. You can’t go wrong joining Noir.

A nice round one win in the AG Today

A nice last minute fight right before our match

He almost got it, the absolute mad lad.

A nice little brawl in some off meta ships

And thus ends this year’s AG run. Could have been worse given we were building a team almost from scratch for the 3rd tournament in a row.

Our NPSI fleets are starting to look like a EVE-Uni partnership. Join today and help us diversify.

I don’t remember why we were here, but it was fun

One less marauder to menace our fair lands

This BR makes me incredibly happy/

The best fits are those made from local rat loot