here’s a video guide on it. It earns lot of isk and is cheaper then most punisher fits 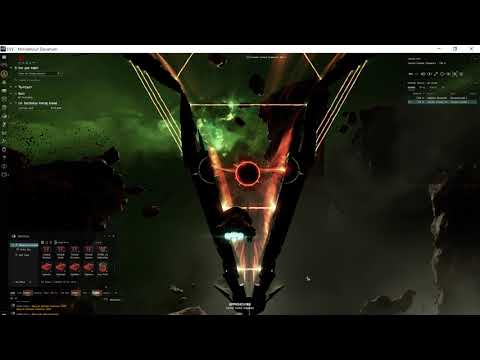 If you’re an alpha you could jump into a Caldari navy Osprey and easily do T-0/T-1 and still be making ok isk for the price of everything.

yes but this is a cheeper fit and gives more isk

Fit is fairly standard. The lack of a drone is an issue, but managable. The T1 guns and T1 ammo hurts – using T2 guns and void/null is an important damage increase. Alpha chars can use those too. Cheaper isn’t always better, and tranquils are safe enough that the extra dps makes it easier AND quicker with more margin for screwing up and still coming out of it alive.

The ship inventory needed to be scrubbed before posting the fit… too many useless or unneeded items there – the fit should be the autobuy/fit version ONLY. None of the daily log in filaments or other crap.

Since you were too lazy to do it yourself, below is the fit that was recommended for the video, but the fitting screen is never once opened to show that it is, in fact, the fit that is actually used. From watching the video, I have medium confidence that this is the actual ship and fittings used (the module section of the screen is also cut out for the video):

The video quality is low. Needs improvement. That low-tier twitch streaming approach to talking while you do it is a bad habit, and only passable by the folks with enough experience and charisma to get by. you are clearly not there. Make a video in the traditional format, and put some damn effort into the post processing to make the video worth watching.
Get some footage, and record audio separately. Overlay the two in a video editor to make the video come across better.
Do a few takes of the script, cut out the filler 'ah’s and ‘ums’ and odd pauses with the audio. Tune the audio against some background or ambient music (recommend Eve’s music, for thematic purposes)
When you discuss the harder rooms where you need to overheat, use ACTUAL footage of you doing the harder rooms with the video.

I’ve been wondering if an Enyo could do it with it’s speed and blaster fit, but scared of running into the death zone at such high speed.

Not sure but I use the Enyo in lvl 4 missions and kiting and destroying guristas kestrels, so should be good up to T-2 abyssals, if you have the skill for a blaster fit (T-2), and want to make a video I will gladly contract you a free Enyo fully fit at no cost, contract for Jita of course.

I’ve not tested this, but I’ve been flying maybe 15 different ships in a variety of frigate and destroyer hulls across all 4 races. Just out of pure theory craft, this should be a good starting point. Swap between void and null depending on the ship you’re hitting i guess