So you want more NPCs shooting you, your structures, and mining ore in high sec?

The cowardish move would have been to announce it, see the reaction and backtrack if necessary. The brave way is just to do it and deal with the consequences. Are you dumb or something?

I think you suggest CPP is so dumb it assumes krabs won’t notice this nerf, they won’t mass unsub. Of course after that CCP won’t backtrack.

If null seccers mass unsub because or reduced ore anoms then i guess WHers missed their oppurtunity to mass unsub when they nerfed cap escalations.

Adaptive gameplay. Not every peice of ■■■■ PVE needs to be fully explored and min maxed on SISI before release.

If they announce changes like this the folks with huge ISK piles make a run on the market.

Me? No. He’s the delusional one claiming they’re cowards as if that made any sense. As if people wouldn’t notice and there wouldn’t be an outrage if it truly mattered. Stealth patchnotes or not doesn’t change anything about the reaction. What is it with all these people living in a fantasy world?

If they announce changes like this the folks with huge ISK piles make a run on the market.

@CCP_Beast @CCP_Habakuk @CCP_Convict @CCP_Dragon @CCP_Rattati @CCP_Dopamine @ISD_Sakimura Hey, since there is still no fix to the since 2 todays bugged ore anomaly, i am trying it here and hope you will see it. This is definetly a bug because it makes no sense, why a Enormous is more worth then a Colossal or a Large Belt is near same vaule like a colossal: here are the facts: Colossal 1.7b refined value, 7.500.000m³, 5h respawn time http://evepraisal.com/a/ooiex [image] Enormous 2.2b refi…

At least in nullsec, after yesterday dt, the amount of ore in each stone decreased by 2/3. In all ore anomalies. In every stone. https://evepraisal.com/a/ooaz6 Large ore site, look at the column with the number of units in the stone. Is it a bug or nerf mining?

Getting reports that ore anomalies have had their output nerf by as much as half. I am wondering if this is happening everywhere? Also if anyone has heard anything from CCP about this?

CCPlease also shorten the NPC Ratting bounties by half as an adjustment to mining.

Missions pay rewards all ready injecting plenty of isk into the game and are easily controlled, having magic ship bounties & insurance has been out of control for years.

Mission pay and NPC bounties are still the same as when they were first implemented into the game yet NPC loot drops have been consistently nerfed time and time again.

To keep everything balanced CCP should nerf the drops from player ships too.

Just change them to items or LP. So they can be manipulated instead of steady inject to your wallet. Also since bounty in missions 1/3 of reward or 1/5 considering loot and salvage. Comparing missions to afk ratting is pointless.

Well it’s really easy…CCP don’T DARE to nerf the goons(aka csm,aka their second bosses after Pearl Abyss) main income so they nerf…EVERYBODY ELSE…

SRY but this IS a cowardly move…

I just want CCP to have the balls to put on patch notes. bug for 3 days … sure … You know what you are asking for, halving all the resources in the new Eden … another blackout, and now we all know what consequences brought.

Many people in this thread have the concept of bravery backwards, likely due to the changes affecting them directly combined with thinking too high of themselves. 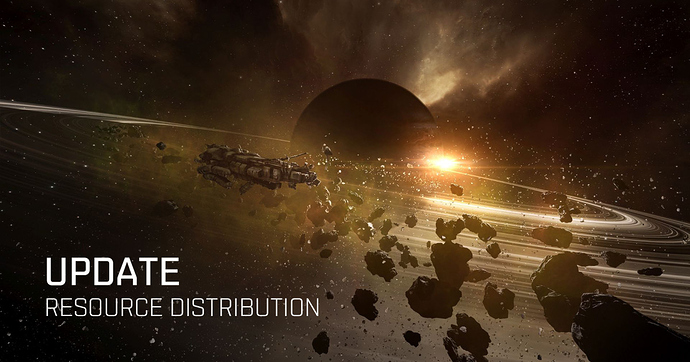 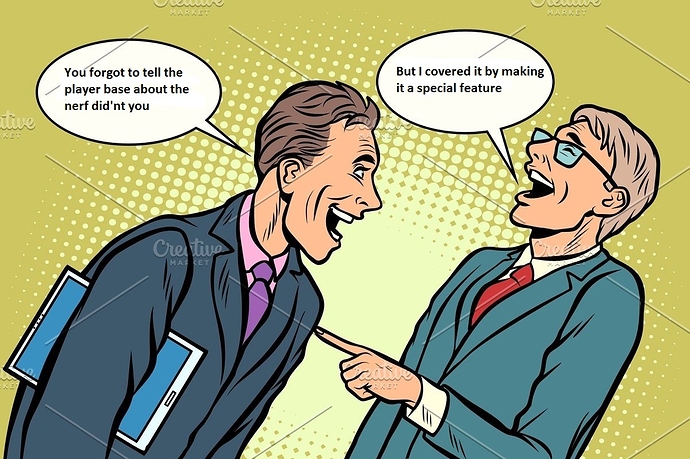 You are no one. You are in no Null. You are some forum warrior that kills debate and side with devs that make choices that PLAYERS DO NOT WANT.

elite pvp, who thinks pve don’t affects him. he is no one…

side with devs that make choices that PLAYERS DO NOT WANT.

No, a lot of players want this. Most of the CSM do as well. And a majority of Nullsec that actually matters do to (i.e. the people who start the big wars).

The people who don’t are just selfish and greedy krabs who are now mad they have to spread out a little more.