To play Eve Online it went from being “Check if you can run paint!”
to now needing to ask NASA if they have a spare computer*

edit & solved, either close or let it ride!

7 years is a long time to have a pc.
Better get the upgrades out

i play in my 2014 imac
potato mode
logged today , wen the download of the system ended (the circle on the lower left of the screen ) the game was almost the same thing

Because “a PC” can be anything. It could be a well maintained, carefully selected combination of components. It could also be a brand pc bought as is with a terrible chipset, nonstandard integrated nonsense with a preloaded windows full of bloatware that hasn’t been maintained since forever.

Just like how a 20 year old car could be a well maintained nice car or some rusty shitheap that was horrible even when new, has never had its oil replaced, still original shocks and where the owner goes “it makes some weird noises but I’m sure it’s ok”.

Why my potato pc of 7 good years will not work to even run 1 x account?

I’m running a 6 year old HP Elite ( a mere £500 at the store ) and doing fine in Eve. I have a habit of keeping stuff going till it falls apart.

I have various tools that specifically set my PC for ultra performance…setting all CPU to max clock speed for example. It is also important not to have anything else running, and there are ‘game modes’ you can create whereby PC knows you are in a game and shuts down all un-necessary programs.

Even things like optimising SSD and hard drive can make a difference. And make sure your antivirus is running while you are asleep…last thing you want is it chugging away for an hour while you are trying to warp through systems.

This pc runs fine with the games I have on Steam and was running fine before this Eve Online update.

I’m not trying to pull out of New Eden but this is curently game breaking for me.

That info is way too limited, it’s like saying “my car has a steering wheel, 4 tires and an engine. It should be fine”.

Go here, install it and update the drivers, unregistered means you have to click them one by one. Enjoy

Then install this, update and run: SUPERAntiSpyware Free Edition
Same with this: https://www.malwarebytes.com/

Those two you can/should keep installed and run once ever so often.

When you’ve done all that install this and keep an eye on your CPU and GPU temperatures while you’re running games: Download Speccy | Find your computer specs, free! If any of them hit 70+ C it’s time to start cleaning your coolers and/or enable Vsynch.

Also check your launcher settings, make sure download full client is on, and see if toggling hardware rendering and/or DirectX 12 make any difference.

That info is way too limited, it’s like saying “my car has a steering wheel, 4 tires and an engine. It should be fine”.

Go here, install it and update the drivers, unregistered … bible

omg windows is such hard work

Yeah Apple users just have to replace theirs every 2 years, for $7900. So much better, so much more sustainable as well

you mean 10 years and 2k dolars

Those can’t even run Tetris.

i have 800 games on steam
the last i played was incryption , noice

But do you play all of them?

Right well anyway, good luck with talking with your hands. This is a PC zone thread.

didn’t get the memo

and btw macs are the OG PC

It just takes a while for the assets to load.

It just takes a while for the assets to load.

edit:
to be sincere , im a dad , i don’t have money to buy things for me and my kid
so i buy for her first
she have a xbox and a modern tablet , the graphics are very cool indeed

onde day i will upgrade … inshallah

much more sustainable as well 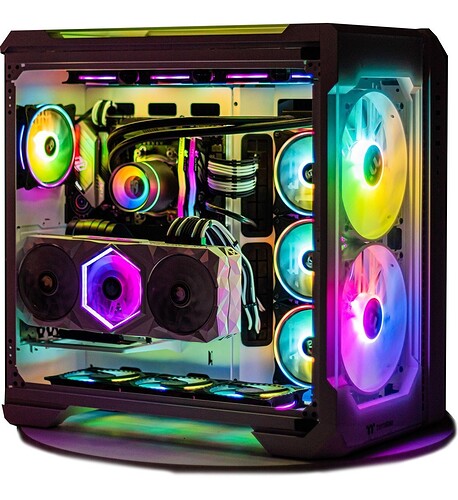 People have that choice, I personally hate it. The point is: we have a choice, you’re just buying a pack of milk.