Petition for Trig Invasion of JITA

Sure why stop there? Two systems now is it? why not a 5 jump radius around Jita.

We have some indication, that invasions may spread from already captured systems and we have one final lim 2j from Jita , so you never know

Jita IS EvE.
You really wanna destroy EvE and Need to Go back to WoW where you once come from?.
Doubt it.

So better keep your Game murdering suggestion for you.

If Jita were to be invaded and somehow the players succeeded into making it null sec, I’m sure one of the other trading hubs would take over as the main trading hub and we’ll live.

Yes let’s burn jita so everyone moves to another system and the problems follow.

Yes let’s do it

It would be interesting to see this happen, but I’m not sure what you’re on about. ‘Problems’?

Lag fest
Bumping on the undock
Spam
To name a few
You think if jita dies then those issues disappear?

No? Did I say anywhere that I want a trig invasion in Jita to make those issues disappear?

Amarr (or some other system) would be the new Jita, with local spam and lag, etc. It would still be interesting to see an invasion in Jita.

Just to see the amount of players getting involved. To see the system burn. And to see how quickly the EVE playerbase adjusts in case Jita falls.

It will just move to perimeter. So the invasion would have solved what ?

Why do you keep insisting that the invasion is supposed to ‘solve’ something? It doesn’t need to solve something. It’s chaos, fun, random.

Ok - im calling on all capsuleers to formally request CCP to consider a Trig invasion of JITA and the reduction of security to 0.2 to all for Dreads and other capital vessels to either 1) defend JITA or 2) blow the place to pieces…

I think it’s a good idea. However…

I don’t think Triglavians are the type to listen to formal requests.

Oh, no, please not again this wet dream of screwing up Jita again.

If this would really happen Jita would be just another boring and deserted 0.0 or lowsec system with a little bit flying around to avoid it. Does anyone really think that highsec traders and buyers would keep up the business there and play the easy prey for bored pvp bros?

Same rubbish as asking for Concord to invade complete nullsec to finally turn it into a true 1.0 blue donut area.

Same rubbish as asking for Concord to invade complete nullsec to finally turn it into a true 1.0 blue donut area.

Nah, they won’t be able to do anything after trigs conquer Yulai

CCP misses the eternal badguy Goonswarm (during their prime) so they make npc AIs do the same thing.

After the recent citadel changes CCP are about as trustworthy as a pedophile in charge of a kids day care centre.

Sure why stop there? Two systems now is it? why not a 5 jump radius around Jita.

We have some indication, that invasions may spread from already captured systems and we have one final lim 2j from Jita , so you never know

Maybe CCP are experimenting yet again.

If I’ve got this right if you oppose an invasion it remains high-sec, it you do nothing it becomes low-sec. Seems they’re letting the players choose what should be high-sec and what should be low-sec.

As for Jita that system should implode destroying everything in it and ceasing to exist.

Rather, you need to have players directly aid the invasion for it to succeed and the system to become low/nullsec. If left alone the invasion will just despawn eventually. (Roaming NPCs do occasionally make some progress on their own, somewhat tilted to the defender’s side in many cases, but not enough to actually win the system for either side (meaning the winning faction establishing a considerable permanent presence in there).

In any case, as for the actual topic of this post… I would love to see what happens, but it is something to be careful about. It is indeed not because it would solve anything. Jita being invaded, or even flipped would generate chaos, generate content. In a game you don’t need constant comfort and safety, that just begets boredom. Players needing to adapt to new conditions is what brings excitement, and having to solve the issue of the astronomical amount of assets suddenly being in an invaded system would certainly create fertile ground for a lot of interesting player activity. Sudden price changes creating market opportunities, killing people transporting stuff out of the system, or on the other hand trying to play around them… All this making players ally with, and optionally betray each other etc.

Jita being the backbone of Eve’s economy, this would doubtless trigger major effects all over the place. On the other hand, what CCP would need to be careful about is actually giving players the chance to adapt, if you don’t want many people just rage-quitting, together with their stored assets of course. I don’t have a recipe for preventing that, though I do think major Jita traders would have enough wealth and power to arrange semi-safe transport for their assets, especially if they cooperare. (Of course cooperation does not go without opportunistic backstabbing and betrayal, which is, once again, more content.) 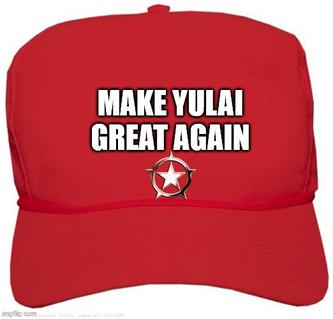