Was excited thinking UI designers would listen to the feedback but oh boy I was wrong.
Lets talk about “compact mode”.
Here is ss of right half of my screen.

compact mode for drone window is on the right side (it’s on for the rest of the windows),and only thing it does is reduce padding for about 2 pixels on each side and removes minimize button which on it’s own is next level of bad design.
I can imagine people on bigger monitors need to move their necks to look at 2 different drone group folders.

Why in the overview you can have compact list but when it comes to every other window element there needs to be 100% of empty space between two lines of text???

And it’s absurd that I must have drone window this wide in order to see what drones are doing when you deploy faction drones because otherwise their state gets hidden under hp bars. Couldn’t you put just different color dot in front of hp or drone names? You already love red dot so much why not add green and yellow one too.

Another thing that looks like you can’t get rid of is button overlaping. 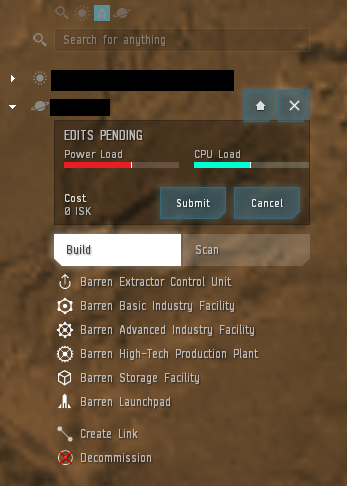 And speaking of PI, why every minimized window pops back up once you exit this view? It was inconvenience but it’s quickly becoming extremely annoying with removal of minimize button.

And final rant (for now) what’s up with fuzzy icons?

The Customs Office UI goes outside of the window 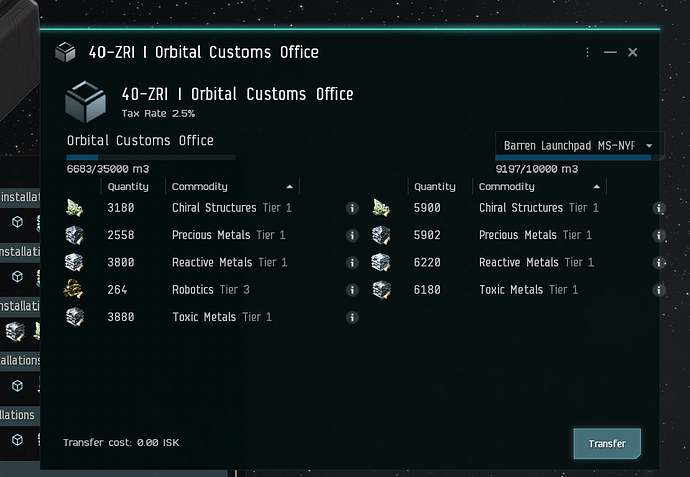 With the new UI i was looking forward into new ideas of displaying and sorting data, so far it’s a reskin of old UI and this compact mode is just removed padding and options from the UI.
It might be just me, but when i think about compact mode i think about putting lower priority items under some menu/button, so it’s not there all the time but you can bring it up if needed. Also removing labels for things advanced users know icons by heart.

Or for drones compact mode, remove all unnecessary text. instead of folders display icon of a drone and number in a row next to each other or multiple rows if needed. Unfold only 1 group at the time to not waste space. Also if we could get that if you drag a group it always launches drones with most HP so we dont have to even look into groups that would be great.
Something like this as and idea: 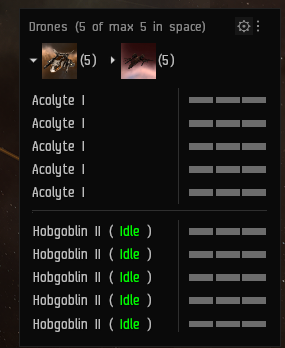 It might be garbage, but the point is, we should not be stuck with old ways of doing things if we are trying to make modern interface

A few more bugs to squish:

Opted in. Gave it a serious go. There are things I liked about and things I didn’t. Most of the things I didn’t like, I suspect I would have gotten used to. But there were two things that made it so I just couldn’t stick it out long enough to find out:

I tried to write a happy letter to CCP Falcon and unfortunately now it’s going to have to be a sad letter. The subject box is cut off for me. I adjusted the size of the box, attempted to put it in compact mode, changed every setting and clicked every button I could think of to see if it was something I broke and nothing I did fixed this. 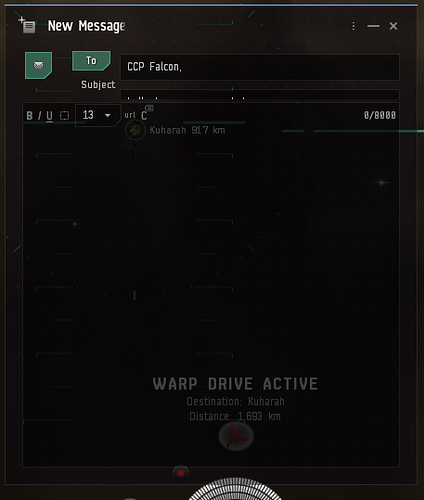 edit: I just now realized he no longer works at the company. I was writing him to see if he had an explanation for why his devblogs “CCPlease” had been discontinued even though the original devblog announcing them indicated they would remain a long term.

Someone probably mentioned this already, but the tab flash when someone talks in a channel I am not directly looking at, is invisible to me (although I gather some people can see a faint flash). This means I have to click on every intel channel to see if anything happened. I’ve had to switch back to standard.

Did you also notice that you have to recall each drone by itself. No group recall.

Photon is clonky and line spacing is too high (i always set font size to 11, text only, in chat windows and all clients run with “small fontsize” in general settings) and in general padding is to high. But that is only compared to the old UI. If the people wouldve to use photon for the past 13 years maybe noone would complain or say anything negative. I even had a hard time getting used to the UI back then when you removed all old icons oon the NEOCOM. I didn’t like it, but now im used to it.

Space or room for information was always a problem in eve. I bought my first ultrawidescreen 3440x1440 (34") in 2014 just because of that! I am still using that screen as my main. But maybe my resolution is too low now. A higher resolution or pixelpercm/inch would maybe fix all problems.

What i would like to see tho is the ability to make all my clients look the same without dealing with files in explorer and copying IDs and renaming files.

DX11/12
could not tell a difference regarding photon apart from one thing
text shadow in space
in dx12 the sun seems to be brighter and adding more shadow to the text seems legit. especially when white text. the rules when shadow gets applied maybe should be tweaked.
a single ship for example has no or little shadow while objects that appear as a list because they are stacked in space get a bigger shadow.

Just wanted to chime in and say that the Compact UI thing is awesome. Please introduce it to more windows, like… EVERY window. I’ll be using it in no time.

In potato mode (opt for performance), popout menus are too transparent for my linking. I can barely see what I want to click. Maybe in potato mode, for big fleet fights transparency settings need to be adjusted.

maybe amend something about the Shader Quality settings for the photon UI ? If its low, then reduce the transparency? 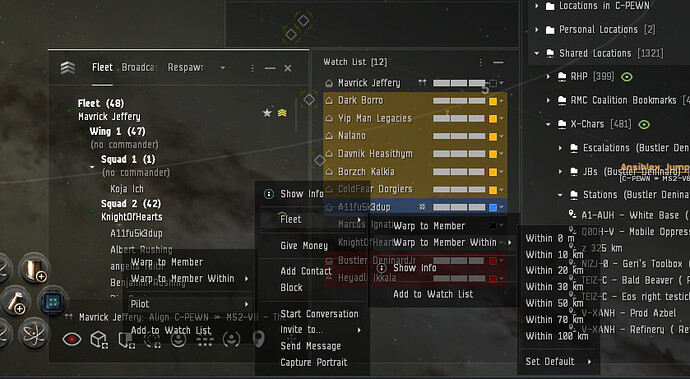 I personally like and need the drone groups as is. I just dont understand why drone types cannot be mixed.

Switched on the Photon UI for the first time today and it’s really schnazzy! I like it, but the two things which bother me the most, are:

I’ve also just noticed there’s a pretty significant lag when trying to use the drop-down menu to invite someone to a channel,

Thank you for fixing this…

“Total Isk” Value not shown in cargo of Active ship window when in space. Would like to have this back please.

Compact mode is ok, but there are almost no space savings.

A carry over problem from the last patch in the 3-dot menu is nearly invisible as is the search box.