PI could use some love - suggestions

It’s been suggested to me to post here for some PI ideas.
Original post you read here:

PI could use some love Science & Industry

Hi there, As all know, setting up PI is a real drag. For the setup I love to use it takes me sometimes quite a few hours. So when I have to move to a new system sometimes I drag on setting up my PI over a few days, each day I setup a planet and I fully line it up. Each time I have to move my setup, it takes me longer and longer to go into PI. It’s not just the time it takes to set it up but also the time to calculate and refuel the storages and the launch pads. So here I am asking CCP if it w…

Let’s not forget that the EVE plays in the year 23000+. I assume people by then would be able to make things easier not more complicated and burden heavy.

As all know, setting up PI is a real drag. For the setup I love to use it takes me sometimes quite a few hours. So when I have to move to a new system sometimes I drag on setting up my PI over a few days, each day I setup a planet and I fully line it up.

Each time I have to move my setup, it takes me longer and longer to go into PI. It’s not just the time it takes to set it up but also the time to calculate and refuel the storages and the launch pads.

So here I am asking CCP if it wouldn’t be possible to save you schematics and in the eventuality you have to close down your production and move on the greener pasture you dont have to draw everything from zero.
You just load the schematic and everything is a go.

For anyone curious, my setup looks something like this: 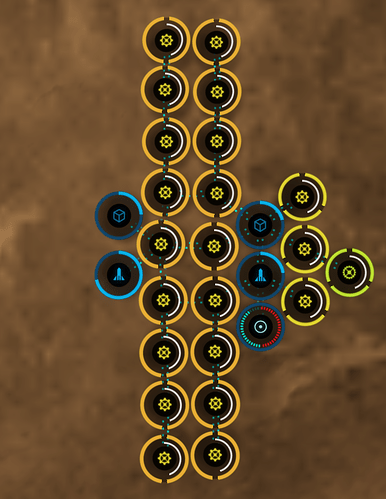 732×947 555 KB
It goes from T0 to T4 and making sure that each factory receives it’s fair share of materials is a lot of effort. I calculated that for one planet I require a good 1 hour.

It would be also nice to increase the size of the storage/launch pad so we dont have to break up the materials to feed the production lines.

What do you think, would schematics be a welcomed feature or it’s just an I win button for EVE?!

PI is such an isk faucet, you’re lucky they don’t nerf it.

PI is an isk sink, not a faucet.

Correct me if I’m wrong? 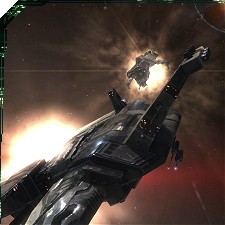 Transactions or game mechanics that reward a player with ISK don’t necessarily qualify as ISK faucets. To be an ISK faucet, a mechanic must generate the ISK out of thin air and not just transfer it from another player."

It would be a PI faucet, but it doesn’t add any more ISK to the game. So it’s not an ISK faucet, because the ISK comes from selling the PI to another player.

similar to other industry, it takes an initial investment, plus a bit of time to keep it running, but will have significant returns over longer periods of time.

though if your PI set up involves buying T1-3 materials, sending them down to the planet, and sending T3/4 materials back up…it is possible to have a legit net loss after the import and export taxes are taken out.

But PI does not input any new ISK into the game, which is what a faucet does. The ISK that a player receives from selling the products is a transfer of ISK already IN PLAY in the game. It actually removes ISK from play through import and export taxes and construction costs, which is a sink.

I was hoping for some constructive posts and maybe some support to my idea.

the last time PI got any postive attention was when hilmar tried to do it himself and freaked out over the number of clicks it took. changes were made that reduced the number of clicks from over 350 to set up to around 160. BUT they introduced the pretty graphical interface (which you couldnt condense at the time)
Since then all they have done is make the planets more intense, making the lines and surveys hard to see.
here are some of the suggestions we have made over the years.
As you suggested, be able to copy a set up and paste it to a different location on the planet, or even a different plante.
make resetting extractors a simple click, not , select head, click on pop up, click on interface to stop, clcick again to starrt, and then slide over to submit. just a simple restart extractors please
on the interaction menu the view planet and warp to buttons are nice, but the access button doesnt show until you are near the planet. however, we frequently dont need to do more than move stuff from right to left or left to right. so instead of flying there or using the context menu, just have the access button show as soon as you undock.
and lastly, when assigning production to a processor, once you have installed something for one processor, have the option of applying to all processors. (currently the pop up remembers what you last intalled, which is helpful, but still up to 27 more steps on a pure production planet.

Since PI is needed for almost everything now, its time to make it less tedious.
as to whether it is a faucet or a sink, CCP gets its taxes and setup costs and i dont see it showing up on the MER as a big faucet, lets call it fair for now

Shove everything in storages and show up once a month, that will help a lot!
PI is not just the clicks on the planet, there is also the travelling, exporting, importing and hauling.

Also cut the expedite transfers to 5 minutes instead of those 4-7 hours for the next transfer.

While I agree that having a template for your basic setup is a cool idea, in practical terms, how often do you move your industry center planets, TBH? I have been doing PI for almost a year now, I have moved my main industry center once, although I have set up 2 new ones, but those are for products which have slightly different construction requirements, so a template would not have helped. As far as bigger warehouses, I have never needed more than one storage facility and one launch facility, but then I resupply on a daily basis anyway. For players that don’t want to mess with it as much, I can see that as being beneficial. PI does need some love, but I would like to see being able to multi-select facilities when installing a production item and for routing materials, or being able to move facilities around for a reduced cost, instead of destroying old building and rebuilding new one from scratch. Oh, and fix the dang view other player’s facilities option which does nothing when turned on.

I think PI needs a thorough UI overhaul but the Volume to ISK ratio is solid. A player with only one or two chars that have good skills can use the worlds of one system and generate a good billion ISK per month when they just go for P2. I used to make even more when the new ship construction parts needed more P1. Who would have guessed that selling Oxygen or Water is so profitable

At one point I had to move my PI planets at least 3 times in like less then 10 months because my NS corp moved to new alliances so templates would have helped me greatly in restoring my production lines.

Storage would be nice to be greater. At the way it is now, I have to make 4 transfers for each of my planets to fill up the stocks which is time consuming.

Yeah, CCP wants us doing chores instead of having adventures they show in their trailers, that makes me beyond mad.

I strongly agree that PI needs some updates.
I’d love to have the option to move multiple extractor heads at once while keeping their relative positions to each other. For example, i use to arrange extractor heads like in this picture (e.g., a central head and six other heads around it). It would be such a time saver if i could simply select them all and move them to a new location in one step. 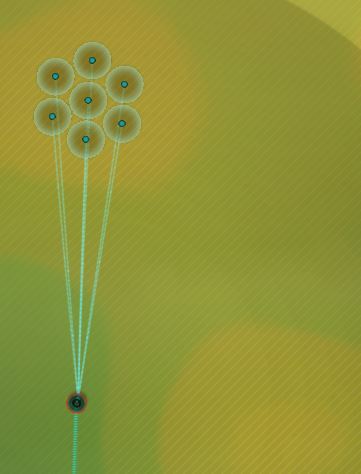